The offensive launched five days ago by the Islamic State of Iraq and Sham (ISIS) in Iraq's Ninaveh Province has proved to be the greatest threat to post-Saddam Iraq since the 2006-07 civil war. The ultra-radical jihadist group now controls the majority of Mosul, Iraq's third largest city and major economic center, while threatening Kirkuk, the oil fields at Baji, the moderate Sunni stronghold of Tikrit and other towns in Salah-a din and Kirkuk provinces. This is in addition to the ISIS's months-long offensive to capture the Anbar Province capital of Ramadi and the nearby iconic town of Fallujah, which is still raging. 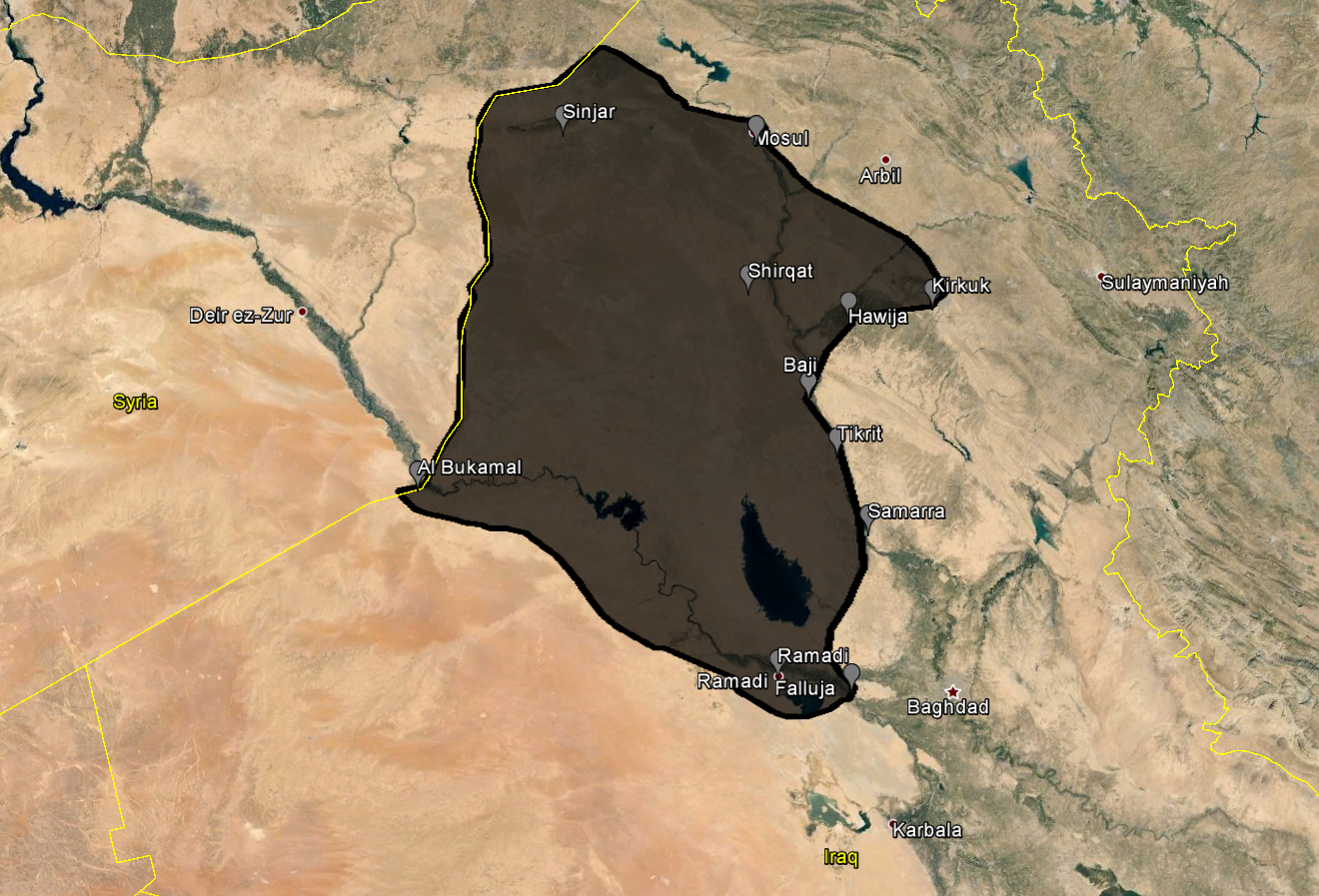 A map of northern Iraq showing the the territorial gains of ISIS (click to enlarge; credit: Google Earth)

To add salt to the injuries of the scampering Iraqi army are the 3,000 prisoners who have joined the ISIS's fighting ranks after raids on several prisons in the Ninaveh and Salah-a-din provinces, and the immense spoils of heavy weaponry scored by capturing key military bases, including a Mosul airbase housing a squadron of combat helicopters.

In the coming days, Prime Minister Nouri al-Maliki and his government will have to make crucial decisions that could either stave off or invite a new Iraqi civil war -- the goal of ISIS throughout.

The good news is that ISIS is a universally hated organization by nearly every government in the greater Middle East, whether they be Sunni or Shia, Arab or non-Arab. Due to its popularity among regional jihadist hopefuls as the most outbidding and extremist organization in the market, ISIS has drawn the ire of even the staunchest supporters of the Syrian opposition and opponents of the Tehran-Baghdad-Damascus alliance. Saudi Arabia, Jordan, and Turkey have all boosted their efforts to seal their borders from ISIS infiltration from Syria and Iraq, while instituting strict legislation domestically to prevent their citizens from joining their ranks. The United States has also made fighting ISIS a condition of military aid for any moderate Syrian rebel group, while agreeing to arm Maliki's government to combat the threat despite his known ties to Tehran.

Maliki clearly has no shortage of willing partners to fight ISIS as they advance on the Iraqi capital from the north and west. But whether or not Maliki will muster the political will to organize such a coalition is another story, because until now, his sectarian thinking and lack of inclusive leadership has been a key enabler of ISIS's successes in the Sunni-majority Anbar and Ninaveh Provinces in recent years.

In a troubling development, Maliki has already threatened to "arm citizens" to fight ISIS, and claimed to have created a special crisis unit to implement a process of "volunteering and equipping." Such rhetoric is eerily in line with Maliki's past tendencies of mobilizing Shiite militias, many of them religious extremists, to combat Sunni jihadists. In the recent Fallujah and Ramadi counteroffensives, local residents complained of seeing Shiite militia insignias on Iraqi army tanks, alleging that these militias had been mobilized under the guise of the regular army, accusations that only fomented further mistrust among the Sunni population.

Meanwhile, eyes have turned to Iraq's third sect, the Kurds, who maintain the potent Peshmerga militia to protect their autonomous zone in the north of the country. Equally threatening to the Kurdistan region, the ISIS advance from Ninaveh is a crucial opportunity for Maliki to throw in his lot with the Kurdistan Regional Government (KRG) over their ongoing oil exporting dispute -- at least temporarily to unite against the jihadists. Given that the ISIS kidnapped 28 Turkish drivers upon seizing Mosul, Maliki wouldn't have a difficult time convincing the KRG's allies in Ankara to support a temporary alliance. But Maliki is currently showing no sign of doing so, and petty accusations of blame are being slung from both Erbil and Baghdad even as the ISIS advances toward both capitals.

What Maliki and his Shiite supporters fail to realize is that the ISIS's endgame is to rehash the civil war of the mid-2000s, albeit on a scale of biblical proportions. A counteroffensive to the Ninaveh campaign that excludes willing Iraqi sects and regional allies will play right into the hands of the jihadists, who seek to fight their Shiite enemies eye-to-eye across Iraq. Caught in the middle of such a sectarian conflict with be Iraq's many moderate Sunnis, who since 2011 have had little motivation to give their lives for Maliki's leadership.

But if Maliki can reverse his sectarian tendencies and establish an inclusive front inside Iraq, it will help him rally crucial allies across the region, because to defeat ISIS, Iraq's military will need the support of Turkey's air force from the north, American drones from south and west, and, at the very least, tacit political support and cooperation from the GCC states for the long term. Iran and Syria need to be kept out of this fight, as their involvement and relations with Maliki have been polarizing influences in his rule.

Despite ISIS's impressive gains, it is important to keep within the reality that this is an organization that maintains at most 10,000 to 15,000 fighters spread across western Iraq and eastern Syria, a far cry from the challenges faced by the Iraqi military in past wars against Iran and the United States. It feeds off fear and weaknesses of moderates. It's a network that can be defeated eventually, if Maliki has the political courage to make compromises and abandon sectarianism.