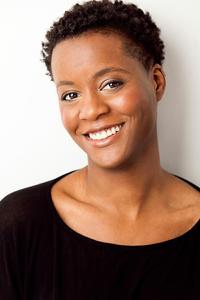 In the past year an Olympian had gender reassignment surgery and launched a reality show, marriage equality was achieved, 26 million Facebook profile pictures turned into rainbows, and hundreds of activists organized against institutional racism and police brutality with #blacklivesmatter.

Following these milestones was the emergence of a new face of "religious freedom" in a law-breaking, civil rights trampling county clerk from Kentucky, the paradoxical revelation that Caitlyn Jenner "didn't quite get" why gay people would want to get married (she got it later), and the pandering colorblindness of #alllivesmatter.

In this milieu and for the first time in 12 years, Advertising Week - a premier conference for the advertising industry elite - has added a Diversity & Inclusion track to its series of special events targeted at marketing and communication leaders. The track includes a panel on the future of marketing to the LGBT consumer, and a provocatively titled session that asks, "If everyone's talking about digital diversity, how come it's still mostly white guys?"

The Diversity & Inclusion track aims "to provide insights into the biggest questions of our time." One key question is how can brands target diverse groups with meaningful content, without making assumptions, and without polarizing audiences?

With social media being integral to engaging consumers, the issue of polarizing audiences is a valid concern. Advertisers may want to target consumers "exclusive of their lifestyle choices, ethnicity or background," but excluding those things leads to pretty shallow conversation. With so many brands competing for the same customers with the same types of products, spending social media dollars to make small talk with consumers may not be the best method to inspire customer loyalty.

Some consider data the "true north" of advertising, but targeting diverse consumers requires advertisers have more than demographics at their disposal. In addition to checkbox items like race, ethnicity, gender, age, religion, disability, and sexual orientation is the complex matter of culture; shared beliefs, values and symbols. I find these things essential to meaningful conversation.

To provide meaningful content, brands and advertisers must look at consumers holistically. And it's not just consumers they need to look at. They also need to consider talent; those creating campaigns, running media, writing content, and leading departments.

As you may have guessed, diversity is a hot topic in the Talent track at Advertising Week this year. While overall the US workforce is more diverse now than at the turn of the century, white workers held 69 percent of all jobs in 2014, according to a 2015 report by CareerBuilder.com, with all other racial groups in the low teens and single digits. Focus in on advertising and the percentage drops further.

Then there's network television, which looks more diverse these days, but a study by the Writers Guild of America paints a different picture. The report found that eleven percent of TV shows have no women writers on staff and more than a third of TV shows have no minority writers on staff. Overall minority writers saw a nearly 7 percent decline in employment last season, falling from 15.6 percent of the workforce in 2011-2012 to 13.7 percent in 2013-2014.

The lack of diversity in advertising and media is a problem that is compounded by the fact that many organizations are still checking off diversity based on the tip of the culture iceberg. As a media professional with experience working in traditional news organizations and advertising agencies, when it comes to deep cultural diversity - like the way employees display or don't display emotion, their concept of fairness and justice, or how they approach decision-making and problem solving - I often feel trapped by a monoculture where being black, lesbian and outspoken makes me a perpetual outsider.

As the minority becomes the majority, brands may want to worry less about being polarizing, and more about being inclusive. Because a critical analysis of diversity representation in mass media over the past 60 years reveals a history entrenched in assumptions and bias, and straight, white, heterosexual fantasies that do not line up neatly with the majority of our realities, regardless of race or sexual orientation. In terms or representing one side of an extreme, from my point of view brands have been there and done that. What they need to do now is accept that people are complex and different, and that inclusion is key.

Targeting diverse audiences is about choosing between inclusion and exclusion, innovation and comfort. This applies to the talent you recruit as well as how you communicate your value, and values, to customers. Brands willing to step outside the comfort zone in the short term will see a return on investment in the long term.