This week, we received an anonymous letter in response to this window display commemorating the one year anniversary of Michael Brown's shooting: 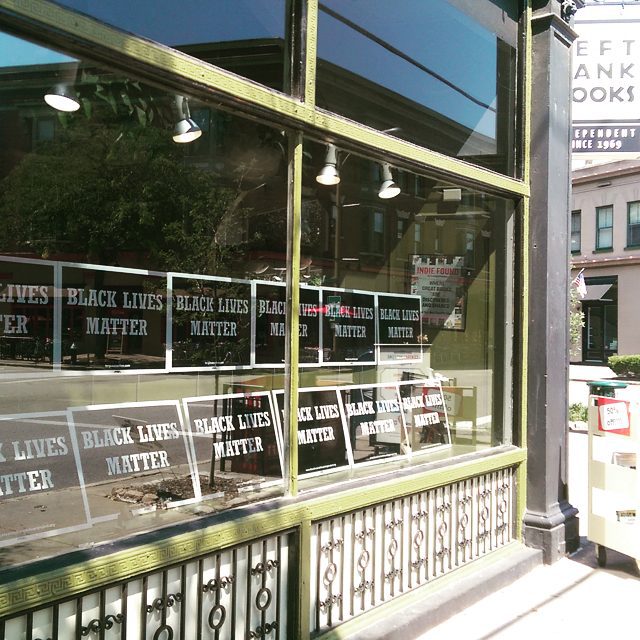 There was no return address, and it wasn't signed. It was a very short message on a note card telling us that we had lost a customer. In it, the person said we stoked the flames of enmity between races and promoted division. The person asked us why we insisted upon doing that.

It's hard to know how to respond. What I want to do is call up the customer and chat. I want to take him or her out for coffee and talk about what those three words mean and why I and our store feel compelled to repeat them in a window along a busy street in what seems to some to be an act of ill will.

There is no way to do that in this case so allow me to publicly answer this letter in hopes that it reaches the person who wrote it or those who agree with its sentiments.

In all honesty, the window makes me nervous. I come to work every day with the news of protests in our city rattling around in my head. I worry (justifiably, it seems) that we'll lose customers. I worry that some great books aren't getting space in that window. I worry that those who sympathize with the message will think we're trying to cash in on a civil rights movement.

I worry a lot about a lot of things.

I'm a 42-year-old white transgender man. My family's white. Most of my friends are white. I married two white people and gave birth to a white son. I come from a long line of white people, most of whom had white kids, white friends, white spouses and lived in the middle of America in and around a small town whose largest structure is a metal cross erected along one of the two interstates that bisect it.

Race wasn't much of a topic of discussion in my life, in that town, in that family -- mostly because there were so many white people around us, and it would be easy (and comfortable) if we used that lack of awareness of racial politics to say we weren't racist. After all, I didn't beat anyone up because of their race. My dad didn't forbid me or my sisters from dating Black people. We all went to church and promised to love one another as God loved us. We were kind to our neighbors (most of the time) and worked hard. Worked all the time. Worked and wondered if it would be enough.  Worked even though we knew it probably wasn't enough. We didn't set out to hurt anyone.

We're nice people, and when you're a nice person, it surprises and hurts when you think you've walked a good path and then you're confronted with evidence that you've injured someone. You feel that your character has been attacked, and when you feel attacked, the natural thing to do is defend yourself. You point to all of the evidence that you are a good person. A peaceful person.

You use your arguments to defeat this attack.

You have black friends, black family members, black co-workers, black heroes. You don't need to be told about racism or white privilege. In fact, you might think this whole movement just stirs the pot and creates more trouble than it solves. It makes people angry and falls on deaf ears. Why, you may ask, do we insist upon bringing it up time and again?

My white family, my white friends, white son, white ex-lovers are all, each and every one, lovable.

We are privileged to be able to apply for a job, go to college, drive, shop, run through the park, own a firearm, barbecue, apply for a driver's license, throw a party, swim and be angry in public without representing all white people when we do it.

We don't have to be the best athlete, the richest musician, the most powerful leader in the free world, the smartest student in the class to justify our place in sports, music, politics and school.

We live ordinary lives and occasionally some of us do extraordinary things, and our lives matter and our right to our dignity is hard coded into our social pact. The pedigree of all of those things is present and unspoken.

As my partner, Kris said, "White privilege is really permission to be ordinary."

These are privileges might've refused if we had been asked, privileges we don't feel like we have, resent having, or resent having to defend ourselves because of.  But those privileges are still ours.  We're stuck with them.

What I wish I could convey -- white person to white person -- is that Black Lives Matter does not mean White People are Bad.

It never did. Saying someone matters does not mean that nobody else matters. It just says to someone who feels invisible, "I see you and I value you." 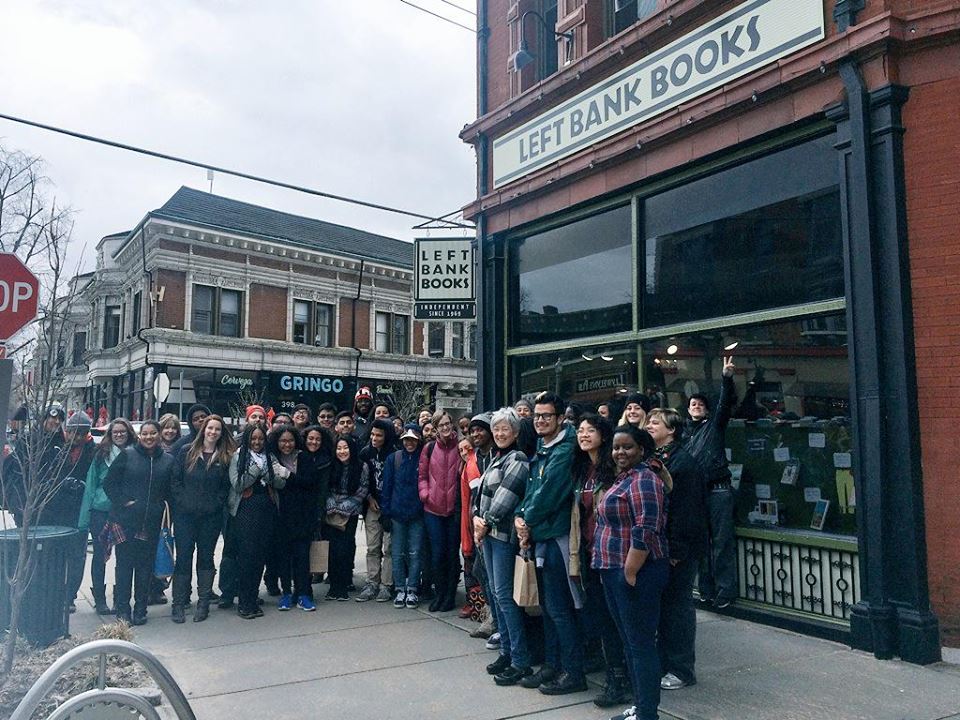 As a business owner, there is nothing more awful than losing support. It's scary to think that the livelihoods of the 15 people on staff here can be jeopardized, but we have to be true to the values of this store and its commitment to our community. Kris and I wouldn't respect ourselves if we didn't.

I only hope that when this former customer tells his or her friends why they don't shop here anymore, that even the loss of their business will prompt a deep discussion between them and their family and friends about race in this city.

To the person who wrote to us:

I hope that you'll see the ways we've tried to promote constructive discussions about race -- our ongoing Ferguson Reading Group, our event with Carol Swartout Klein for her book Painting for Peace in Ferguson, our event with Leah Gunning Francis for her book Ferguson and Faith, the Listen. Talk. Learn. session we hosted with Diversity Awareness Partnership.

I want you to know that our door, hearts and arms are open to you and all others always.

If you do make the switch to Amazon, I hope that you'll keep reading. As my departing book recommendation to you, I suggest you order Between the World and Me by Ta-Nehisi Coates.  For more reading, try our Black Lives Matter Reading List.

We love St. Louis and the rich and various communities and cultures that make up our town. If we insist on anything, we insist that St. Louis keeps moving, however painfully, toward a better future.