To the man at the Eden Prairie AMC theater,

It's 3:00 a.m. here in Waconia, MN. Somewhere in this area are two men sleeping the night away, while my pillow gets heavier and heavier with my tears. You will never remember me. But, I will remember you way more than I should ever have to.

You were the man who shouted: "Get that kid out of here!" 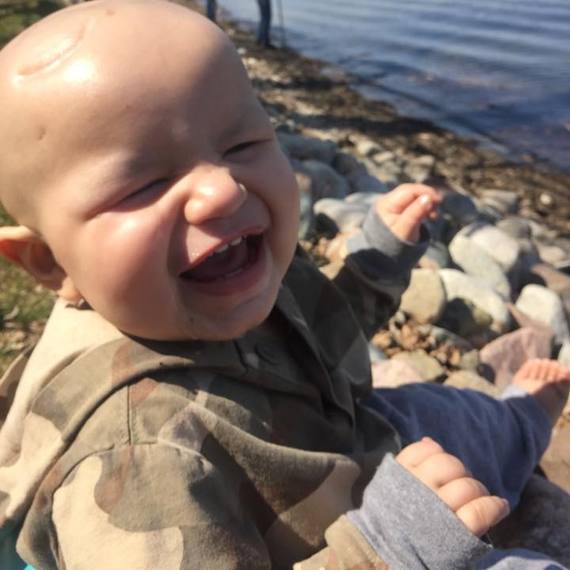 I'd like to show you THAT kid. He's our Vito. Our ever amazing, beautiful Vito. He's a cancer warrior. Yes. He has some issues. He talks differently. He doesn't talk at all. He uses vocalizations for his excitement and frustration. His excitement is expressed in grunts and shrieks with giggles. He really liked the movie so he shrieked many times. This expression was hard-earned. Before cancer our Vito talked and babbled like any other 11-month-old. He actually was an earlier talker than my other boys. But, cancer took that from him. It made him mute for weeks. Every sound Vito makes is the fruit of intense therapy for nine months' labor.

Oh Vito. You are so loved.

He did cry for a minute when he couldn't drink from his brother's cup. We removed him immediately. He was giggling in the hall. We brought him back in and he giggled through the movie. I guess that was too much. It would be one thing if we kept Vito in the theater when he was crying. But, we didn't. It would be one thing if you told us to leave when he was crying, but he wasn't. You shouted for us to leave when Vito was laughing and giggling. Like other kids in the theater. But my son just laughed differently.

I'm sorry that bothered you.

To say I'm sorry would be acknowledging there was something wrong with him. There's nothing wrong. He expresses himself differently. My son earned his right to be there. He has fought hard for every one of his skills and his life. He's no different than my 2-year-old who was bouncing off the seats.

But, I guess that's more normal so he's allowed.

When you shouted for me to remove my son, you put me in a tough spot. See, I have a 9-year-old. I suddenly was in a conundrum.

What lesson am I going to teach my 9-year-old? If I ignored you, I would teach my son to let people treat his brother like this. So the movie ended. I don't know how. I stood up, my heart pounded and my body shook. See I didn't know who you were because you shouted at us behind the clout of darkness and curtain of cowards. So I just stood and spoke to the stranger in the dark:

"To whoever said I should remove my son. This is Vito. I'm sorry he is a little different but he has brain cancer which changed his communication abilities."

You didn't say anything. Silence echoed. It's amazing how quiet a theater can be, even with credits playing in the background. Patrons scurried out, not looking at our family, avoiding any eye contact with us. We apparently were branded.

You are a coward, sir. You are a coward. You should have come up to me. Met this beautiful miracle. Instead you scurried out. Another man muttered to me, "Well, maybe you shouldn't bring him out."

We were in a Disney movie. A DISNEY movie. Kids are to be expected there. Kids make noise. I understand, I've gone to adult movies with screaming kids. But, there's an expectation kids will be at a Disney movie, on a Saturday. Every single person I saw leave, left with children by their side.

We taught those children that being different is not accepted.

We taught those children that if we don't like someone, just embarrass them until they leave with their head low, ashamed.

We taught those children that disabilities are something to be ashamed of.

We taught those children that you can belittle someone, make them feel inferior.

We taught those children to hide, hide behind closed doors, so no one sees their differences.

We taught those children discrimination.

We taught those children that they can tease and belittle my son on the playground because we as adults did it at a movie theater.

When we learned of Vito's disabilities, my heart hurt. Not for him. Because I know his strength. But because there would be ugliness. You, sir, are ugly. You are everything we as special needs parents fear. You are the hideousness of the world and hate. I find you actually more evil than the cancer itself. The cancer had no choice, it was evil by its very biological makeup. You chose discrimination. You chose to be that evil.

To the man who stopped me by the bathroom saying you enjoyed our Vito: Thank you.

To the other guy, I truly hope you read this and realize that there are different people in this world. Different because of battles. They are amazing because they survived these battles. They have every right to sit and watch a movie.

I would never wish our journey on anyone. Even you, sir. Because it is evil and horrible and no child should ever have to suffer the way I've seen children suffer. But, I will state this. If you were to ever find yourself in my shoes, where someone you love with every ounce of your soul is different, I pray that the people you encounter are kinder to your loved one than you were to my son. Because no child deserves what you said. 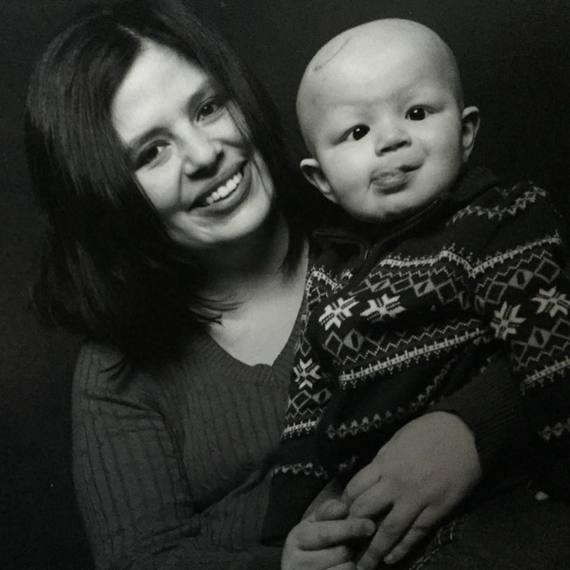