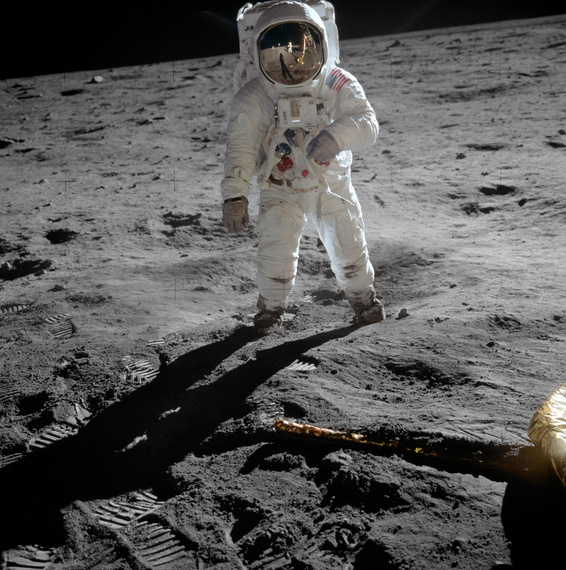 In 1969, the first Apollo astronauts landed on the moon.

It was an astonishing achievement of technology, but also of courage and sheer willpower.

It came, after all, only 66 years after the first manned flight at Kitty Hawk, a distance of only 127 feet. So much had been achieved in the span of a single lifetime, it was almost beyond belief.

No one has been back since. Not for 44 years, almost the span of a lifetime as well.

One might well ask, well, two questions. First, why has no one gone back to the moon. Second, and this might seem a bit odd, but I think not on reflection, what does this have to do with Donald Trump.

I think they are both related.

That no one has returned to the moon in 44 years strikes me as more than a bit odd. The dream of going to the moon is probably about as old as mankind itself. The effort to reach the moon was the pinnacle of human achievement. The technology to get there is now quite old. Quite old. I read somewhere that my toaster has more computing power than the lunar lander. That's probably true.

So we have the technology to go any time we want.

If you think about how much computers have improved since 1972, you would think that by now there should be lunar colonies all over the moon. But there aren't. There aren't any. In fact, no one has set foot there (quite literally) in more than a generation.

Why did we walk away from this remarkable human achievement so quickly?

Allow me to postulate an answer: television.

For anyone old enough to remember when Neil Armstrong set foot on the lunar surface, they remember it as the television event it was. Even now, people who were not there for the live show have in their mind's eye the grainy black and white TV images. "One small step...."

We, all of us, experienced the lunar landings as a television event.

They were, in effect, TV shows. And, as television, they had a problem. By the time of the fourth or fifth landing (not counting the ever exciting Apollo 13), they had become boring.

Well, they were boring, in an entertainment sense. Of course, they weren't designed to be entertainment. They were science and exploration. I suppose if you had live-streamed Columbus' voyages to the New World, they also would have gotten pretty boring after the fifth or sixth trip. (That's it? Another stupid Caribbean Island? Again? I saw this last week.)

The trips to the moon didn't rate.

They got boring fast.

And so, the trips to the moon lost popular support, Congressional funding and ultimately died.

They were, as we say in TV land, cancelled.

At the same time, ironically, Star Trek was presenting us with a different kind of 'Space Experience'. And, as it turned out, warp drive and Klingons and photon torpedoes were vastly more exciting than watching some guy hit a golf ball on the lunar surface, in grainy and jerky black and white no less.

So Star Trek is still with us, 50 years later, season after season, remake after remake, relaunch after relaunch.

The real trips to the moon got cancelled after the first season.

When you see things on TV, you have to ask yourself, does it really matter if they are real or fake, so long as they are entertaining?

It is the entertaining stuff that wins out.

Which brings us to Donald Trump.

Pundits and political experts are astonished at the popularity of candidate. How can he keep saying such outrageous things and keep winning elections?

The answer is right in front of you - on the TV screen that you are watching him on (not to end in a preposition). He is endlessly entertaining.

He is great TV.

Bush was bad TV. He got cancelled.

Television is the great leveler.

We get our fiction through TV and we get our factual information. And since it comes through the same box, increasingly you can't tell them apart.

What wins out in the end is that which is entertaining.

Who gets the ratings?

Donald Trump will tell you as much.

He is great TV.

Really, does it matter?