The other day one of your Radio Host so eloquently used the word "retarded" to describe the weather. It was brought to Happy Soul Project's attention and we posted this on your Facebook Page:

I didn't post it so anyone would lose their job or get in trouble in any way shape or form. I totally realize it wasn't said in malice or directed at anyone -- It was simply used as slang in a way that someone wouldn't even realize they are offending anyone.

See here's the thing. Before I had my daughter Pip, who just happens to have Down syndrome, I probably used that same word to describe my brother when he annoyed me, any form of exercise because I can't stand it and like your Radio Host the weather. It wasn't said with the intent to hurt anyone, it was used as "that's so gay" might be. Not in hate but still both wrong. 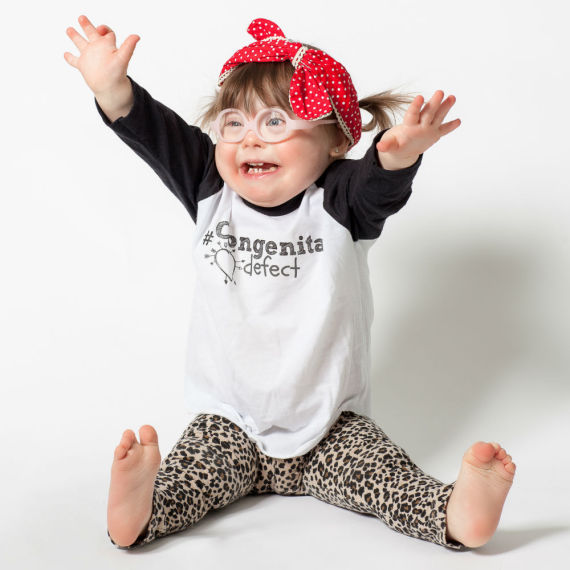 I mean even after having Pip, close people in my life still use the word without thinking. And while I'm not normally an "R-Word Crusader," I do have to honestly admit I cringe inside each and every time I hear it said.

And if I cringe and am not über sensitive about it, you can imagine how hurtful it would seem to others that are. You see some people fight tirelessly to spread the word to end this word. And then to have it so causally used in the media, it's as if it takes all their efforts back a bunch of steps.

There is also the issue and responsibility of being a voice and changing social perspective starting from behind your microphone. Because we are consciously making an effort to not use that word in our home, to then have my 3 year old hear it used to describe the weather through the media, is not right. I understand he will hear it at school, within society, through friends, etc, but the media should be the place where we are leading the way on change.

And I want to applaud you for listening to others and realizing one small word can hold such power. But after reading comments from others, there is obviously still so much to do to educate that change:

"If she loses her job it will be retarded..."

" Wow...our society is way too sensitive. If you are afraid of being offended don't listen to any sort of media...or venture outside your home for that matter. Get a life.", "it doesn't surprise me that ppl are taking a big defense to the word 'retarded' or any bad word for that matter, we can't sing our national anthem at school because we defend ppl, we can't say merry Christmas: because we defend ppl and its all complete bullshit if you ask me"

"This is retarded to be discussing this. It's a word. A word that can be used to describe and emphasize many different things"

"O ya bc im over weight should i take offense of the holiday fat Tuesday... its just uggg a friggin word people get over it."

And a real special one "Here is a new word some people are fuctards."

So, I guess in a way thank you for describing the weather that way. Because you started a greater conversation to bring awareness to where change is needed.