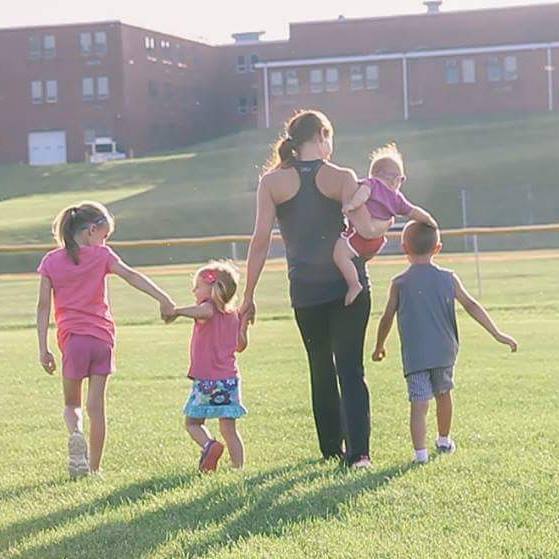 There are days, more often than not, that no coffee in the world can touch your exhaustion. And when you're ready to tag in your partner... Oh, wait. That's you. You're it.

There are times that things just don't seem fair and you know what, it's probably because they aren't. But you rise above, anyways.

There are moments, many moments, that you question as to whether one person is capable for all you are called to duty for. And whether a human body is equipped for it or not, somehow you find a way.

There are evenings that when all is quiet in the house; it is both a sigh of relief and silent deafening pain that seems quite inconceivable to be able to feel at the same time. But you do.

There are mornings that you wish you could ask for just a few more minutes but no, those little humans are waiting and ready and depending upon YOU. When you're called up to the plate, there is no substitute.

There are situations where you simply stop dead in your tracks and ask, "Why?" followed by a quick, "and how will I...?" Despite usually not getting your answer, you still put one foot in front of the other and off you go.

You're one person for a job that requires more like four.

You're one caretaker who yearns for the day that they too will be taken care of... but until then, you will push on.

You're one provider living in an economy where the majority of the time it takes at least two incomes to even scrape by.

You're one parent who is beating the odds of what is, more times than not, doing the unimaginable when there is two.

But you're also ONE who is, well ... you're doing IT. Some days are harder than others, but here you are. One more day. Just when you say you can't, seconds later you are living "I can."

To every single parent, you were, you are, and you will.

Here's to one more day of being a gladiator.

You can follow Long on The Real Deal of Parenting

More:
single lifeParenting single momsParentssingle dads
Newsletter Sign Up
Raise the kind of person you'd like to know
Subscribe to our parenting newsletter.
Successfully Subscribed!
Realness delivered to your inbox