When the boys first met my husband, Mick, we were at Disneyland.

How's that for stacking the deck?

Clearly they loved him... like immediately. In fact, I was freaking out because my youngest son took his hand and started walking around Adventure Land with him like he'd known him for years after about 7 seconds. I distinctly remember thinking, "NoNoNoNoNo! Do not get attached, Little Man. He is a wonderful guy, but there is no way we can be anything other than friends."

We were married the following year.

Fast forward almost five years and it's unbelievable to see what has happened in our family. 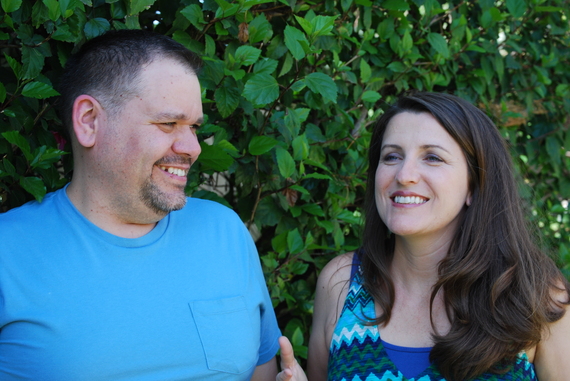 Mick and I were so worried, so careful when we first got married.

We thought for sure there would be angst and anger and weirdness for the boys, as Mick became a part of our daily lives. For instance, because the boys were very young when their dad and I separated, neither of them had any memory of a man ever sleeping in mommy's bed... ever. (Side note, for two months after we were married, Mick actually just "spent the night" a few times a week to help ease the transition. We were so worried about this that we didn't officially move in together for 10 weeks.)

We thought there would be all the things you hear about in blended families - the boys feeling replaced, being super angry and defiant, screaming at him, "You're NOT MY DAD!", etc.

Turns out, my husband and I were the ones who had the angst and anger and weirdness. Despite our desperate concern to not be some sort of horrible step-family statistic, the boys adjusted better than we did.

From the beginning, they believed Mick when he told them he was making a commitment to them too. They trusted that he moved in with us and shared our days because he loved them, not just their momma.

With all the messiness and crazy our circumstances bring, it has not been easy for a previously single, never married, never had children bachelor to take on all of this.

It has not been easy for me to give him the grace to learn how to do this kid thing.

It has not been easy to start our marriage with an autism diagnosis, and all that comes with it.

It has not been easy for my husband to adjust his expectations of how this was all gonna go.

Because, it hasn't gone the way we thought it would... not at all.

But he fights, every single day for us. Sometimes with more energy than others, but still, he fights. 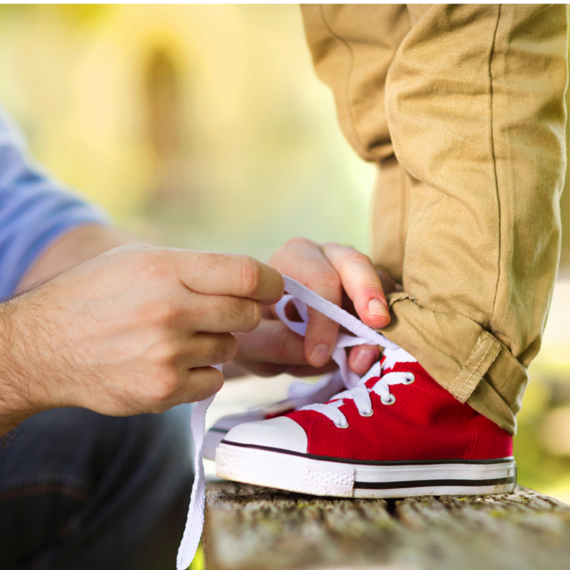 Because it's Father's Day this weekend, it seems only appropriate to honor the man that functions as the boys' father, day in and day out, even without the formal title.

Here are some of the ways he rocks this whole step-dad gig:

He Is The Hero

He takes the kids on crazy, fun, "man time" outings. He feeds them candy and cake every once in a while, just for fun. He doesn't hold back. They already have a father, it's true. Mick has honored that, but also doesn't let it get in the way of establishing and enjoying a unique relationship with them. It's hard to be a kid in a blended family (my husband and I both came from one, so we have some understanding of what this is like for the boys). Mick has tried to make it as adventurous and fun as possible.

He Sacrifices For Them

...and they see it. The boys know he goes to work every day so that I can be the one to stay home with them. In fact, they sometimes ask if I will get a job so he can be the one to stay home with them (I try to be thankful they have such a great relationship with him, but really?). They see him stressing over the bills and working late and not buying things at Best Buy because he is paying for the what they need, and not what he wants. They will never know how much he has sacrificed for them, but they do know there is sacrifice.

His Love Matters So Much

Mick chose to be with these children. Unlike their biological parents, who just got what we got, he knew these kids and chose to be a part of their lives anyway.

He tells them that, all the time.

He tells them he loves them, all the time.

They need to hear it. They love hearing it. If they don't respond, he just says it some more. (If nothing else, he knows at least his wife will swoon.)

He has purposed to call the boys "his sons". He refers to them as "our boys". In fact, it sounds foreign to us when anyone refers to the boys as solely mine, or as his "stepsons". It isn't even part of our vocabulary. This ownership, for lack of a better word, has communicated so much love and acceptance to two little boys who need it, desperately.

But the truth is, no matter how good the relationship, being the step dad on Fathers Day can be uncomfortable and strange

And so, as our family celebrates this Fathers Day together, I want to again publicly thank this man for rescuing us, for loving us, for taking care of us, for making us laugh, and for leading us in this never a dull moment, over the top, amazing life.

And, I want to recognize any man out there who has taken on kids like mine. Children who needed to be seen, to be known, and to be loved just as they are and no matter what the diagnosis.

You are a gift to us.

You are a gift to our kids.

Keep fighting for us.

Keep fighting for our kids.

You matter more than you will ever possibly know.

More:
Parentsfather's dayAutism
Newsletter Sign Up
Raise the kind of person you'd like to know
Subscribe to our parenting newsletter.
Successfully Subscribed!
Realness delivered to your inbox

Motherhood, special needs, and the beauty of everyday messes.

24 Practical Things Your Parents Totally Want You To Buy

If You're A Hot Mess In The Kitchen, These Meal Prep Cookbooks Will Help