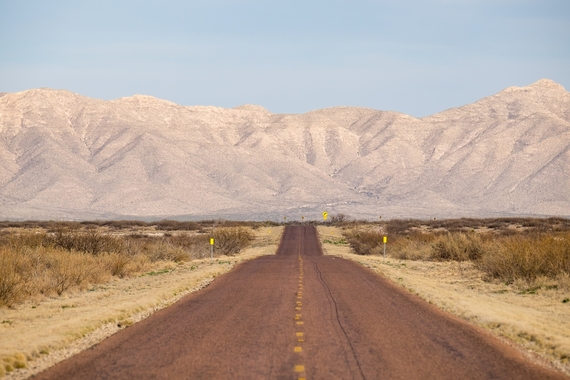 Have you heard of the term "highpointing"? That is the name given to the quest of outdoorsman seeking to climb the highest peaks in each of the 50 states in America. At Guadalupe Mountains National Park in northeast Texas, we scratched one off of our list.

The Guadalupe Peak trail provides passage to the rooftop of Texas. It's only 8.5-miles round-trip, but it climbs 3,000 feet in only 6-8 hours (8 is more likely), allowing a morning start in the desert lowlands and a late lunch amid high-elevation conifer forests. That's a lot of diverse wilderness to explore in a relatively short amount of time.

Being our first monster trail of this yearlong Centennial season, this hike proved to be difficult as expected. It is rated high up there as strenuous on the difficulty scale ranging from easy-to-ultimate challenge that parks and adventure travel outfits usually categorize hikes like this as to prepare would be trekkers. The well-established path is made up of monstrous switchbacks on rocky steeps. With every switchback conquered, you think you are near the top, then comes another peak off in the distance to reach to. We've climbed trails like this before. They've inspired a process of exploration that we lovingly like to call, "the Seven Stages of Hiking"--our wilderness adaptation of 'the Five Stages of Grief' proposed by psychiatrist Elisabeth Kübler-Ross in 1969. Add to denial, anger, bargaining, depression and acceptance; any of a multitude of other emotions that one feels when forging a long, steep, and difficult trail, and there you have it. They are usually positive adds, as hiking is fun and we seek it out rather than the other way around. Guadalupe Peak took us 8 hours all things said. A lot can go through your mind during that span of time. 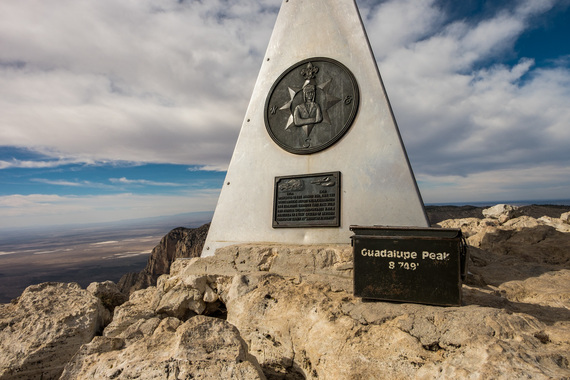 Signing your name at the top of Guadalupe Peak is part safety, part right of passage. Photo credit: Jonathan Irish

When we neared the top, another pair of hikers were there to greet us. Bill and Michelle are, like us, forging a quest of their own. Michelle is out to summit the highest peaks in all 50 states. Bill is after all of the U.S. National Parks, just like us. In it together, she is ticking off the parks at the same time, and he is ticking off the highest peaks. There we all were--four people on respective journeys on a Wednesday afternoon with our head in the clouds, standing on top of Texas. 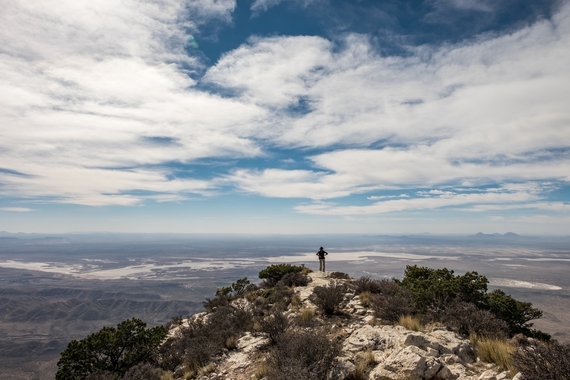 It was ironic to run into Michelle and Bill that day. Jon had mentioned when we started the trail that we could decide that day to become highpointers; far from my mind as I didn't even know that's the hike we were doing until we were on it. "Let's just get through the parks," I said. "Then we'll talk next quests. ...actually, let's just get up the mountain." But as I descended the trail--with my mind somewhere between denial and grand satisfaction--I was already considering it. It's pretty awesome to think that you could be at the beginning of a new lifelong quest after hiking only one trail, and that if I/we did ever decide to knock off the 50 highest peaks in the U.S., we'll already have one under our belt.