This new technology is a toast to America, you guys.

Our country will do anything to win at everything, and nobody could argue that we've won at selfies. Selfie at a funeral? Check. Selfie in space? Done, son. Even our plane crash survivors are taking selfies among the wreckage.

We've won. In fact, you know what? We're tired of selfies. We're tired of seeing our friends' photos of themselves on social media. Let's end the selfie parade now, and introduce a technology that allows only the self-absorbed photographer to see their creation.

Stop taking selfies and get this, America pic.twitter.com/zon5SON7fV 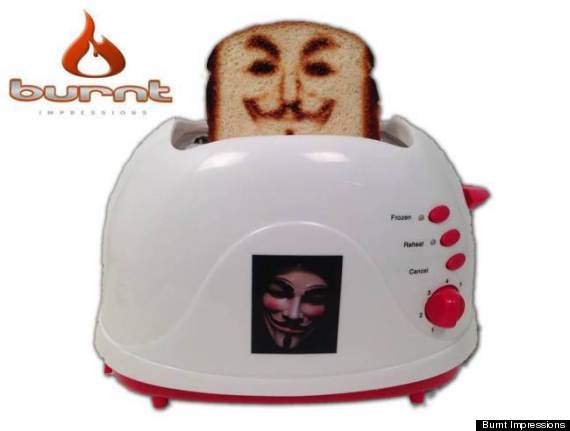 The same guys who brought you the Jesus Toaster, Burnt Impressions, can now take your high-resolution image and make a toaster plate that will burn your mug into a piece of bread. That's important.

For only $75, you could start uploading your visage onto a piece of toast, rather than filling your friends' news feeds with duck faces from different angles.

If you're not convinced, check out Mashable's post on the Toaster Selfie, which explains the whole face-toasting process.

The Toaster Selfie Should Be The Only Selfie
Sacred Sightings?