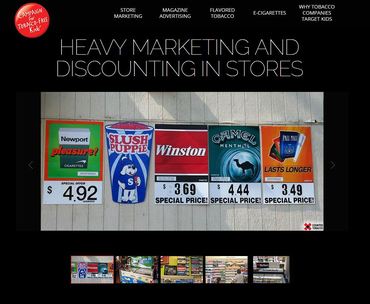 The FTC's reports are a timely reminder that the tobacco companies are as relentless as ever in marketing their deadly and addictive products, often in ways that entice kids.

The huge sums spent on price discounts are especially troubling, making tobacco products more affordable and appealing to price-sensitive kids. The 2012 surgeon general's report, "Preventing Tobacco Use Among Youth and Young Adults," concluded that "the industry's extensive use of price-reducing promotions has led to higher rates of tobacco use among young people than would have occurred in the absence of these promotions." In her 2006 ruling that cigarette manufacturers have violated civil racketeering laws and deceived the American public, U.S. District Court Judge Gladys Kessler concluded, "Defendants could significantly reduce adolescent smoking by ... stopping all price related marketing." This report demonstrates that they have done just the opposite.

To counter the industry's price strategies, the federal government and the states must increase the price of tobacco products by increasing tobacco taxes. The states must significantly increase tobacco taxes, as governors have proposed in Kansas, Ohio, Alabama, Louisiana and other states. Congress should approve President Obama's proposal to increase the federal cigarette tax by 94 cents per pack and similarly increase taxes on other tobacco products.

States and localities should also prohibit tobacco price discounts, as Providence, Rhode Island, and New York City have done. These discount bans have been upheld by federal courts. The evidence couldn't be clearer: Increasing the price of tobacco products is one of the most effective ways to reduce smoking and other tobacco use, especially among kids. 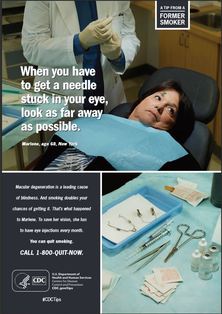 The federal government and the states must also fund robust mass media campaigns that counter the tobacco industry's marketing barrage. It is welcome news that the CDC last week launched the fourth year of its "Tips From Former Smokers" advertising campaign, which has proven so effective at helping smokers quit. The U.S. surgeon general has called for running such campaigns "at a high frequency level and exposure for 12 months a year for a decade or more." The CDC's media campaign, along with the FDA's media campaign and Legacy's truth campaign aimed at youth and young adults, are important steps toward meeting this recommendation, but they still amount to just a fraction of tobacco marketing expenditures.

The states must do their part by increasing funding for tobacco prevention and cessation programs, including media campaigns. The states this year will collect $25.6 billion in revenue from the 1998 tobacco settlement and tobacco taxes, but they will spend less than 2 percent of it -- $490.4 million -- on tobacco-prevention programs. That means tobacco companies spend nearly $20 to market tobacco products for every $1 states spend to reduce tobacco use.

The FTC issued its reports on 2012 cigarette and smokeless tobacco marketing on Friday. Specific findings include:

While the U.S. has made enormous progress in reducing smoking, tobacco use remains the nation's number-one cause of preventable death. It kills more than 480,000 people and costs the nation about $170 billion in healthcare bills each year. These deaths and costs are entirely preventable if elected officials fight tobacco use as aggressively as the tobacco companies market their deadly products.

To learn more about how tobacco companies market their products to kids, visit tobaccofreekids.org, or take a look at this film: