HONG KONG (Reuters) - A passenger on board a Hong Kong-bound Cathay Pacific flight, armed only with a Toblerone chocolate bar, demanded the plane fly to Sochi so he could watch the Winter Olympics, a court heard.

Antti Oskari Manselius, 23, from Finland, also made a false bomb threat on the February 14 flight from Amsterdam and said he was robbing the plane, the South China Morning Post reported on Friday.

Manselius pleaded not guilty to disorderly conduct and giving false information about a bomb when he appeared in court on Thursday, the Post said. He said he was trying to entertain the other passengers and was making "fun and jokes".

Two flight attendants told the court that they saw Manselius walking towards the cockpit. He had two economy-class blankets wrapped around his head and was wearing another like a cape. He held the Toblerone chocolate bar "like a sword", the newspaper said, quoting one of the attendants.

"He said, 'I am robbing the plane now. I want to see the Olympics in Sochi and I need to get off the plane now," attendant Leung Hiu-lun was quoted as telling the court. "He was furious. He made me feel like he was trying to endanger the aircraft."

Leung said the passenger was not violent, only waving the bar as he talked. Leung told him the service was a direct flight and would not stop in Russia.

Manselius was later handcuffed under the orders of the captain.

"A Finnish passenger, a former policeman and an aircrew safety trainer handcuffed Manselius with the help of a cabin crew manager. They also cuffed his legs and fastened his chest with an extra seatbelt," the Post said.

Manselius was arrested in Hong Kong and sent to a psychiatric center, the newspaper reported.

The hearing continues on Wednesday. 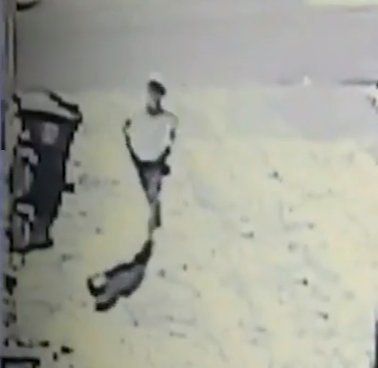 1 / 10
You Better Run
We begin with a dumb crime classic: "<a href="https://www.huffpost.com/entry/woman-caught-pooping-side-of-house-new-mexico-video_n_3618369?utm_hp_ref=dumb-criminals" target="_blank">Malicious fecal distribution</a>." A New Mexico resident sent a home-security tape to local news station KOAT showing what appears to be footage of a woman repeatedly relieving herself on the side of his house during her morning "runs." Definitely take care of that before leaving the house.
KOAT