A missing tortoise is finally back in his worried owner's arms.

Toby, an 109-year-old tortoise who lives in Kent, England, went missing last May, according to Kent Online. Wendy Stokes, his 74-year-old owner, thought she would never see him again -- until she recently received a call from a couple 22 miles away. The pair had kept Toby safe while searching for his rightful owner, and earlier this month, a relieved Stokes was finally reunited with her beloved pet.

"I went all goosey when they told me they had Toby because I had really given up on him," Stokes told Kent Online. "It is brilliant having him back, and I think everybody was keeping their eye out for him all this time."

The reptile had escaped Stokes' garden after she accidentally left the gate open. Luckily for Toby, he didn't make it very far before he was picked up by a driver who took him to a rescue center, according to BBC News. The critter, who has "Stokes" painted on his back, was adopted by a couple who was determined to find Toby's original owner. While caring for the animal, they contacted every Stokes in the county, and eventually found the one they were looking for, Kent Online reported.

The 74-year-old, who had spent weeks trying to find the tortoise herself, was happy to hear that her pet was in such good hands.

"They'd taken so much care over him, finding out what tortoises need and making the run with a heater because some tortoises hibernate and some don't," Stokes said, according to BBC News. "They'd really, really put themselves out."

Stokes, who has had Toby since the 1980s, admitted to BBC News that it wasn't that easy without her little green friend.

"They're funny sort of pets but you do miss them when you haven't got them," she said 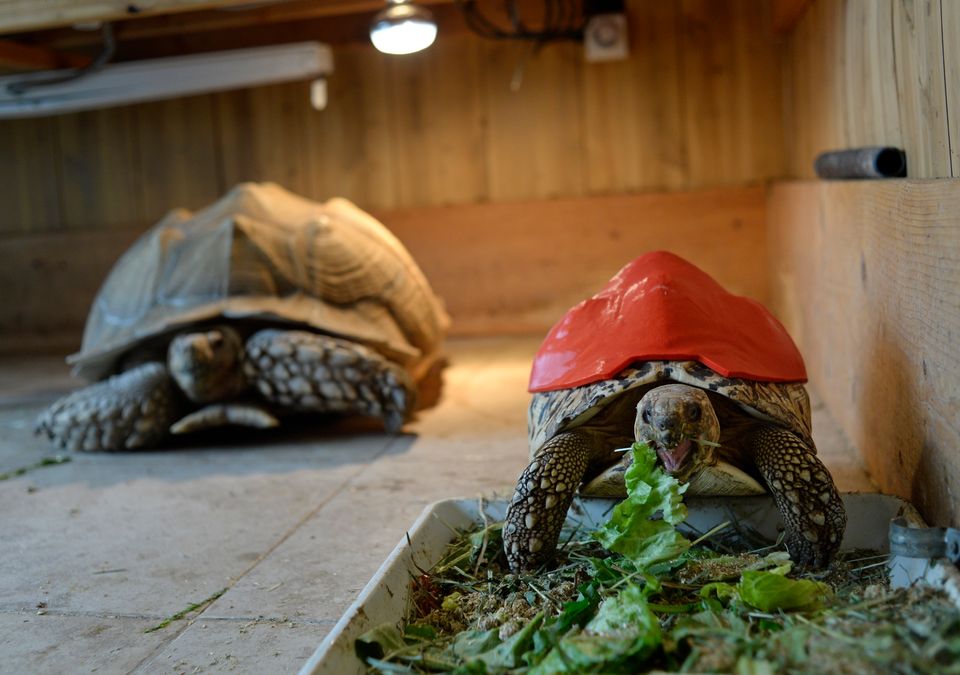