"Your brother tried to hang himself this morning. I don't know why, but he's being rushed to the hospital. I think he's going to die," my mother said. I pulled the phone closer to my ear to avoid anyone hearing at work. "Wait, what are you talking about?" I said, "I'm sure he'll be okay. Do you know his condition?" "He wasn't breathing when the paramedics arrived and they're trying to resuscitate him," she anxiously replied. "It's not looking good."

I didn't know anything about suicide before I received this call on June 3, 2015, or even think about the topic. Sure, I could name celebrities who had taken their own lives and heard that cyberbullying was a factor from the occasional news report, but it wasn't a big part of my life. In fact, it wasn't a part of my life at all.

Given that I'm new to the topic, I want to note that I'm still learning about suicide's impact on the world. I don't know how to solve this epidemic, explain why people take their own lives, or convince you to care. Right now, all I can do is share my experience in hopes that the lessons I've learned will aid in your own journey of life and loss, and perhaps increase your awareness of suicide to some degree.

In addition, I'd like to share a few facts about suicide from reputable sources in honor of World Suicide Prevention Day, which is recognized today and every year on September 10. These are facts I just learned recently, and included at the end of this story.

"Okay, breathe. Just breathe." That's all I could tell myself after I hung up the phone and proceeded to leave work in a daze on that day in June. I had so many thoughts racing through my head -- "It's probably not that bad. It's going to be okay. That is so unlike my brother," and finally, "What's the last thing I said to him?"

My brother Justin and I grew up in a suburb north of Boston, MA, and are separated by two years (I'm 30 and he was 28). At an early age, we were inseparable and did almost everything together. We fought as teenagers, but we had since laughed about that many times later in life.

He moved to Texas in 2009 (my parents had moved there several years prior), and truly embraced the Southwestern lifestyle. He owned a Chevy truck, cherished his ostrich cowboy boots, wore overalls and was into guns. He married a Texas woman, and was teaching Sunday School at his local church. He was a New Englander turned Texan through-and-through (but forever a Boston sports fan!). 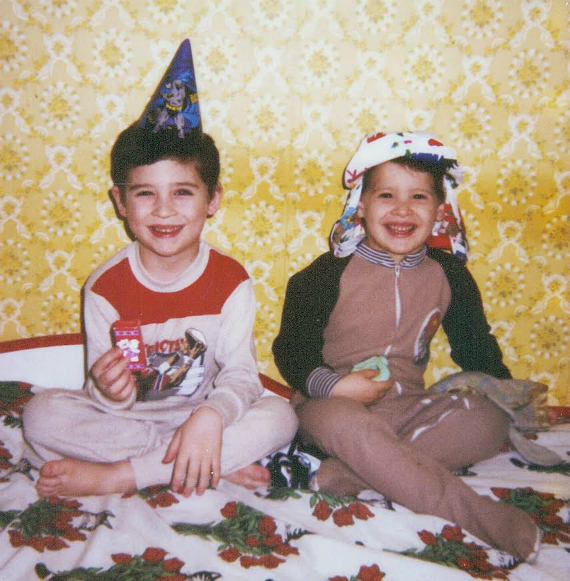 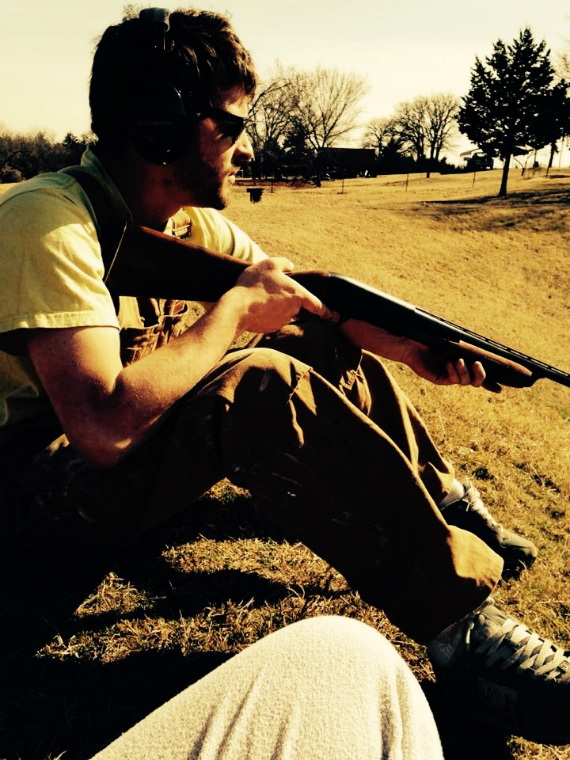 As I boarded a plane for Texas, more thoughts raced through my head. I wondered why he would do something like this, and what the outcome might be. This was just so unlike him. In fact, he had just visited me in Boston a couple months before and talked about how excited he was about the possibility of having a baby, and his increased involvement with the church.

During his visit, our aunt passed away unexpectedly from a drug overdose and I remember saying to him: "This is so sad. You just can't rewind or go back in life, no matter what," to which he wholeheartedly agreed. I kept thinking to myself, "Justin, didn't you remember that we just talked about not being able to rewind? What gives man?"

I spent the next several days in the hospital, as my little brother lay unresponsive and on life support in the ICU.

His brain had been deprived of oxygen for at least 20 minutes, and doctors told us the situation was grave. He still looked the same on the outside -- it was as if he could get up and walk away -- but his brain just wasn't functioning properly. 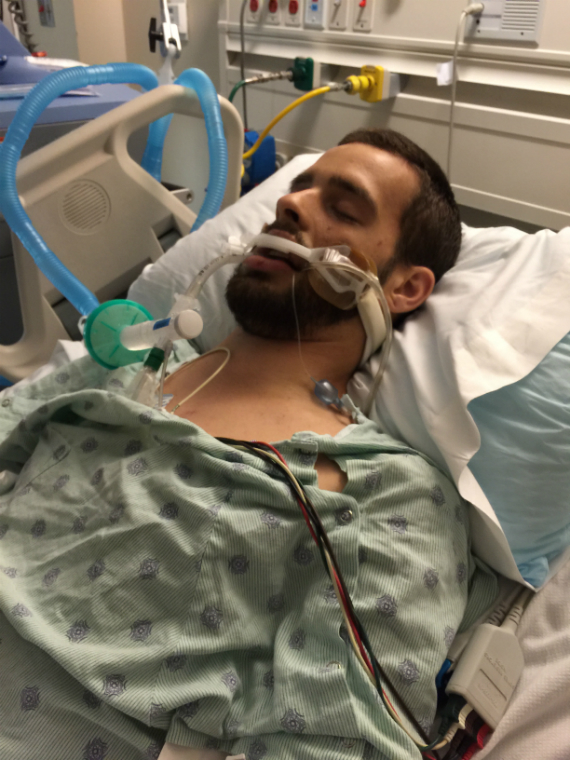 As a final attempt to save him, they cooled down his body temperature over a 24-hour period, hoping to slow the brain damage. But ultimately, neurologists told us there was no hope and we would have to let him go.

He was an organ donor, so they allowed a small group of us to be in the operating room. We held his hands while they removed his life support, said our final goodbyes, and were quickly ushered out of the room.

It has been a very painful and traumatic experience (and believe it or not, that was the abridged version). I'm still making sense of it today. It's something that I hope you, or someone you love, will never, ever have to go through.

I don't know much about the circumstances that led him to do this, other than the fact that he and his wife had been arguing a lot in the days leading up to the incident. There were honestly no prior warning signs, and he seemed generally happy. Based on what I know today, I'm 99.9 percent positive that it was just a very bad, heated, spur-of-the-moment decision.

Now that you do know my story, there are a few important lessons I've learned in the last few months related to suicide, and the loss of a loved one, that I'd like to share with you:

Finally, I'd like to share some facts and statistics about suicide that I've learned in the last several months:

Globally, over 800,000 people die due to suicide every year and there are many more who attempt suicide.

Hence, many millions of people are affected or experience suicide bereavement every year.

Suicide accounted for 1.4 percent of all deaths worldwide, making it the 15th leading cause of death in 2012.

In the U.S., there is one death by suicide every 13 minutes.

There is 1 suicide for every 25 attempted suicides.

Suicide among males is four times higher than among females and represents 79 percent of all U.S. suicides.

The term "suicide survivor," or "survivor of suicide" is reserved for those left behind.

It is my hope that by sharing this experience I will raise awareness about suicide, and help others. My brother Justin was a great man, and he will be sorely missed. 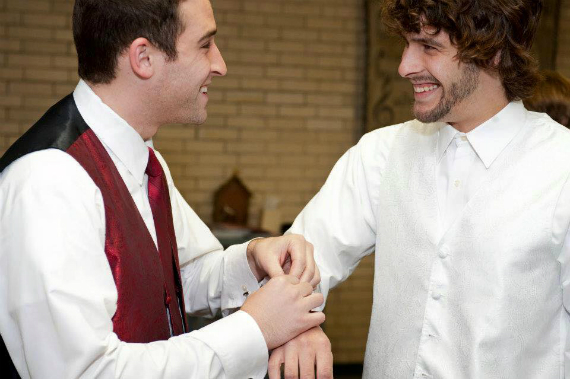