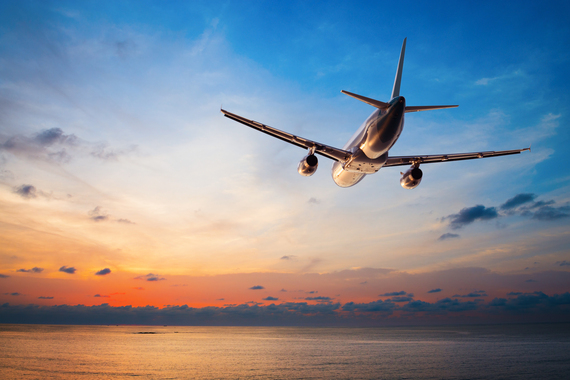 Wondering when you should buy a flight for that late summer or fall trip? Well, stop everything and start shopping now.

Even with airfares remaining pretty low over the last several months -- thanks to lower fuel costs -- massive systemwide sales that are worth flying home about are rare. Because more than 80% of domestic air travel is controlled by four airlines, there's not much incentive for the Big Four (United, Delta, American and Southwest) to drop prices. They will often just selectively match fares from low-cost carriers.

Except when Southwest goes rogue.

In a new three-day sale launched on June 7, Southwest is offering flights starting at $49, $79, $99 and $129 one way on most routes for travel in later this year (Aug. 23 - Dec. 14, with some blackouts around holidays). These fares are $20-$25 each way cheaper than their usual sale fares. Southwest does this a couple times a year, and if you love to fly, but hate to pay retail -- this is when you should be shopping and buying flights.

See, Southwest's footprint is so big that the other carriers have to compete or they will lose market share during the fall months, when air travel tends to thin out. So even if you don't want to fly Southwest, it's a good bet that fares will drop across the board in the next few days as airlines match the Southwest sale. A metasearch site like Fly.com is a good way to see which airlines are offering up the best deals on the dates you need.

You'll find the best flight deals if you follow a few simple rules.

1. Be flexible on your dates. Maybe one week is $400 roundtrip for your dream trip, but the following week is $250. A little flexibility goes a long way toward keeping your travel on budget. I love to use the fare calendars in our Today's Best Fares section to highlight when I can save the most on my trip.

2. Try to fly at least one leg on a Tuesday, Wednesday or Saturday. These are the days of the week planes are least full, and so these are the days that most sales target with the lowest fares. By contrast, Friday and Sunday flights are rarely discounted.

3. Consider alternate airports. For example, JetBlue flies to Long Beach instead of LAX -- so if you can fly into the LBC, you might save as much as $50-$100 on the flight. Consider the same for Chicago (Midway or O'Hare), New York (JFK, La Guardia, Newark -- or for the adventurous Westchester County (HPN) or Trenton (TTN), the Bay Area (San Francisco, Oakland, San Jose), Dallas (Love or DFW), Houston (Bush or Hobby), South Florida (Miami, Ft. Lauderdale or West Palm Beach), Washington, D.C. (BWI, Dulles or Reagan National).

4. Fly early. The early bird gets the best deal. The first flight out in the morning is often the cheapest of the day -- and it's the most likely one to be on time.

5. Don't forget about the fees. Are you a heavy packer? Check. Do you want extra legroom? Check. Are you going to want more nourishment than a cup of soda during the flight? Check. Those checks add up when you check-in.

6. Don't hunt and peck. A metasearch site such as Fly.com, which searches several airlines and travel agencies at the same time for your itinerary, is a great way to find the best combination of price and date for your future trip.

7. Don't sleep on a good fare. You're allowed to cancel your flight at no penalty up to 24 hours after booking, so if you see a great fare, grab it and figure out the details (hotels, time off of work, etc.) later. All's fare during airfare wars, and the cheap flights won't last forever. When these sales end, expect prices to soar once again.

Now if only they could do something about those security lines ...

Andrew Young is a deal expert at Travelzoo and based in New York. Travelzoo has 250 deal experts from around the world who rigorously research, evaluate and test thousands of deals to find those with true value.

More:
travelairtravelzooflights
Newsletter Sign Up
An essential daily guide to achieving the good life
Subscribe to our lifestyle email.
Successfully Subscribed!
Realness delivered to your inbox