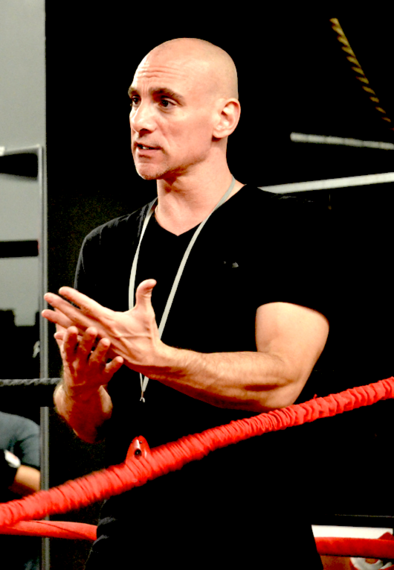 "Training like a boxer will get you into the greatest shape of your life. Training like a boxer is not only a physical undertaking, it's a spiritual and mental endeavor. Boxing, in all of its forms; shadow boxing, bag work, mitt work, sparring, fighting, all of it is beautifully savage poetry in motion." - Todd Buster Paris

After growing up as a martial arts fanatic, thirty year old Todd Buster Paris was diagnosed with cancer. Upon having a large cancerous tumor removed from his leg, coupled with radiation treatment to ensure it would not likely return, Paris came out on the other side of his diagnoses with some important revelations that would ultimately change his life, his career, and the lives of hundreds of people he didn't yet know. First, he came to a realization that life is short, and that perhaps, instead of spending the second thirty years of his life sitting in a cubicle, he could find a way to make a living around something he was absolutely passionate about. Second, he realized that he hated being sick mostly for the fact that people around him treated him like he was sick. Last, he came to the conclusion that something would have to fill the void left by his inability to practice martial arts. The combination of these three insights would become Todd's future, and what he would eventually consider to be the blessings that came out of his cancer. Todd Buster Paris is a Rock Steady Boxing certified boxing instructor and is the owner of Lucky Punch Boxing and Fitness, where he trains men, women, amateurs, experts, and kids the fine art of boxing. His favorite clients, however, might surprise you. Well, not really once you get to know him. His favorite clients are people fighting Parkinson's disease, a progressive disease of the nervous system which greatly affects movement. More on this in a moment.

On his 33rd birthday, at that time cancer free for a couple of years, Todd Paris decided it was time to find a release to replace martial arts. He would never be able to kick like he used to so he knew any sport that required a great deal of leg movement would be impossible. Growing up, he always admired Muhammad Ali, and he had seen every Rocky movie more than once, so he decided to try out boxing. He says that the minute he walked into the boxing club known as Boston Sport Boxing, he was hooked. He saw people jumping ropes, others were bobbing and ducking under a laundry line, while others were sparring or punching bags. He immediately fell into a rhythm of visiting the club regularly, while using his off time to read books on boxing history, watch fights, and to write about matches for sports blogs. For the first time since leaving his martial arts dojo, Paris says he felt whole again. Over time he went from being a student to becoming a teacher, racking up boxing certifications whenever he could. In 2012 he officially left his desk job to pursue his passion, boxing, and now he's making a difference in the lives of many, one punch at a time.

I recently sat down with Todd Paris to learn his four simple strategies for fighting back when life has you down for the count.

Don't Treat Me Like I'm Sick!: As a Rock Steady Boxing certified boxing instructor, many of Todd's clients are Parkinson's disease patients, many using wheelchairs or walkers. He has been specially trained in the area of Parkinson's disease so that he can offer his customers a full range of exercises through boxing moves. The reason Todd chose to focus on this type of niche client for part of his business is because of his own experience with cancer. He says that it's bad enough being sick, but what's even worse is when everyone treats you like you're sick. Todd shared the story of one of the clinicians who administered the radiation to him while he was in the hospital. This clinician was one of the few people who would joke around with Todd and he recalled how he looked forward to going in for his treatments because of this one guy who treated him like normal. Todd admits that the boxing classes for his Parkinson's patients are clearly very different than the boxing classes for his other clients, but what's most important is that his Parkinson's clients get the opportunity to feel normal when they are with Todd. He says that he loves to get them moving because they say that moving makes them feel free of the disease, even if only for a second. Todd also says he pushes each client beyond their comfort zone through boxing, whether they are a perfectly healthy client or diagnosed with Parkinson's. The Rock Steady Boxing program is both innovative and intense, and many who have gone through the program report that it has slowed or reversed some of the effects of the disease. No matter who the client is, Todd says it's his job to make each person feel like they are Rocky Balboa for an hour or two a week, while giving them lasting physical and mental results outside of the ring. 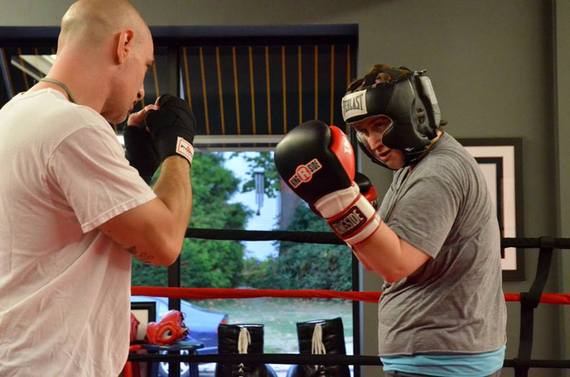 Comfort Zones: Todd says that he is living his passion as a full time boxing instructor. He says he has become everything he never thought he could or should be. Todd says that he worked in cubicles all through his twenties, in marketing. During that time, he always assumed he'd work for someone for the rest of his life, because that's what most people do. He explained that at first, leaving his comfortable job to go to a job as a boxing trainer at a local gym seemed crazy to him. It seemed too good to be true that his favorite pastime could become his work. The next milestone for him was to go out on his own, where he would be forced to find his own clients, and to market and run the business on his own. He says he was scared beyond words to take such a big step, but he trusted that in order to live a life of passion he was going to have get past his fear to do the thing that scared him, just like he pushes his clients to do. Now four years into running his own business, Todd says that he wakes up every day excited to get to go to work because every day offers new opportunities, clients, and friendships with people who are also passionate about the sport he loves. Todd says his only regret is that he didn't realize sooner that success in business and life did not require that he wear a tie and sit behind a desk all day. 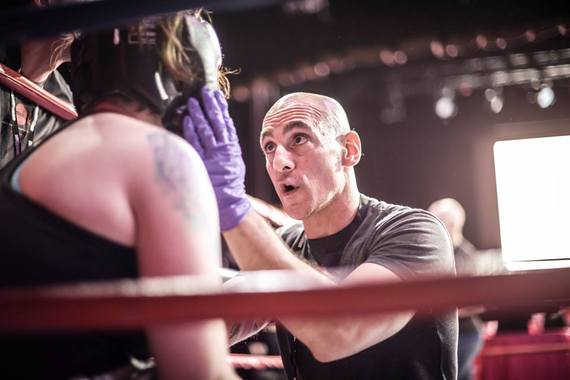 Mentors Matter: According to Todd, one of the biggest reasons he has been able to achieve huge dreams is that he has surrounded himself with people along the way who have given him their time and who have selflessly exposed him to their networks so that he could advance in his career. He says Greg Leschishin has been a mentor who taught him how to box and then opened doors to jobs, clients, and opportunities along the way. His friend Damon Movitz has been Todd's shoulder to lean on as far as learning how to be his own boss. Todd's other good friend and mentor, Michael Leonard, bravely quit his job one day upon deciding he wanted to become a teacher, and he pursued that dream, thereby also inspiring Todd to do the same. His mentor as a Rock Steady boxing instructor for Parkinson's patients has been Kristy Rose Follmar, and Todd says she has taught him everything from how to best inspire, challenge, and train his clients who have special needs. Finally, Todd says that his greatest mentors have been his family members who have had his back through his cancer diagnoses, the treatment, and his entrepreneurial adventure because they are the ones who have given him permission to win at every turn in life. Todd says that the key to success is to inventory the people you associate with and to understand why they were brought into your life at a particular time because everyone in your life is there to offer a lesson.

Have a Dream, Follow the Work: Todd says that one piece of advice he would offer to anyone considering entrepreneurship is that you can't just follow a dream. You can have a dream. Then you must follow the work. Once he knew that he was going to build this career, Todd says he went to work creating a blueprint of the work he would need to do to execute his dream. This required him to set up partnerships with local gyms. It was also necessary to create a system to educate gyms about the advantages of boxing programs. Then he had to learn how to market to individual clients, and then to his niche clients with Parkinson's disease. Todd says that he is the CEO, CMO, and COO of his own boxing empire, and he wouldn't have it any other way. Is it extremely grueling work at times? Absolutely. However Todd says that it's worth it, because not only is he living his passion, but now he's got a whole new purpose in teaching others how to fight back when life knocks them down.

In boxing, entrepreneurship, and life, Todd Buster Paris is fighting back, one ring, one client, and one punch at time.