They may seem adorably clueless at times, but it turns out that toddlers are surprisingly savvy about the grown-ups in their lives--and a new video proves it.

Posted recently to YouTube by the University of Washington’s Institute for Learning and Brain Sciences, the video shows an experiment in which a 15-month-old boy named Adrien must decide whether to play with some noisy beads after witnessing an adult get pretty peeved when someone else makes noise playing with the beads.

Adrien seems clearly to want to play. But he senses that it might upset the adult. What does he do? Just check out the video above. You'll see that (spoiler alert) even with the beads placed right there in front of him, Adrien hangs his head and won't touch them.

But when the adult leaves the room, Adrien "paused, looked up at his mom (that's called 'social referencing') and then put the beads in the cup. It was cute," the researchers wrote in a comment on the video.

The study suggests that children as young as 15 months can tell when someone is angry and adjust their behavior so that they don't upset that person.

The researchers called this the first evidence that younger toddlers are capable of using different cues to understand the motivations of people around them.

"They can monitor what you do, and think about, plan, and regulate their own actions accordingly," study co-author Dr. Andrew Meltzoff, co-director of the institute, told The Huffington Post in an email. "The interesting thing is that they can do all this without the help of language. They were only 15 months old, too young to speak in sentences."

The researchers repeated the anger experiment with 149 other 15-month-old boys and girls, using different objects. Each child sat individually in their parents' laps as the experiment played out. In some cases the adult faced the toddler after showing her anger. In others she looked down at a magazine after showing her anger or looked down at a magazine while facing away from the toddler.

What did the researchers find? The toddlers took longer to touch the toy if the adult was facing them after she showed anger than if she wasn't looking their way.

"We were surprised by the sophistication of these little babies. In a sense they were learning from ‘eavesdropping’ on other people’s interactions," Meltzoff said in the email. "The results of this study make me look at babies in new ways."

As for exposing the toddlers to an uncomfortable situation, Meltzoff said no anger was directed at the toddlers during the experiments. Rather, he said, the children were simply observing an adult express anger at another adult, and it was probably inconsequential given the other emotional exchanges kids witness several times a day.

"As for watching Adrien go through this, I was just so astounded and relieved that he did so well," Adrien's mother, Molly McElroy, who is a communications and marketing manager at the institute, said in a written statement. "What's more, as Adrien and I were leaving I-LABS we saw Kelly [the adult in the study] again... he and Kelly exchanged smiles and laughs. I don't know if that was his way of telling Kelly 'No hard feelings,' but it did reassure me that her anger didn't leave a lasting impression."

The research was published online in the journal Cognitive Development on Sept. 3. 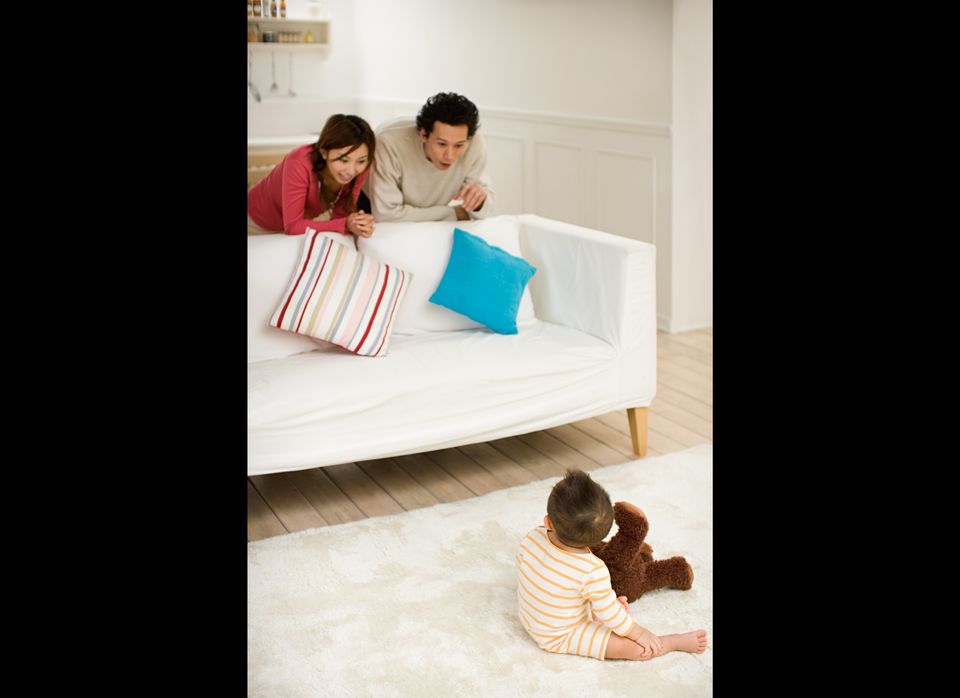 1 / 7
Attention-Seeking Children Are Better Learners Later On
Toddlers who constantly demand ""look at me!" are most likely to become better collaborators and learners when they're older, a study published in the journal <em>Child Development</em> found. <a href="http://www.redorbit.com/news/health/1112497156/attention-seeking-children-learn-better-later-on/" target="_hplink">Author Marie-Pierre Gosselin said that</a>, "Toddlers whose parents have consistently responded positively to their attention-seeking expect interactions to be fulfilling. As a result, they're eager to collaborate with their parents' attempts to socialize them."
Alamy