This summer, forget the expensive wine coolers. There's a better way to chill your chardonnay, and it won't cost a dime or take up space in your fridge.

That's right. We want you to put your wine in a toilet.

Paul Saums of D.O.C. Wine Shop in Brooklyn, New York, told The Huffington Post he stumbled across the technique around six or seven years ago at a party. Normally, Saums prefers cooling wine in the sink under water. But that day, the sink was full, so he had to get creative.

“So I stuck four bottles of wine in the toilet tank,” Saums, who has worked more than 20 years in the restaurant and wine business, told HuffPost.

“But wine bottles don’t always fit in the [tank]," he said. "So people started going in and they’d see something was up, so they’d lift the top of the tank -- ‘Hey everybody, Paul’s putting wine in the toilet tank!’” 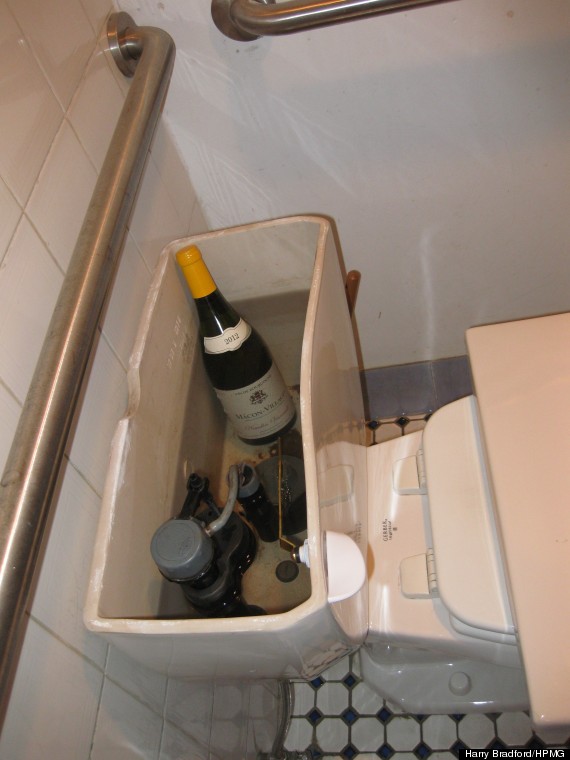 The writer of this article put the idea to the test and actually drank wine that came from this bottle. And yes, he is okay with that.

Saums may have gotten some gentle ribbing, but he said guests agreed the wine was just right -- not too cold and not too warm. He now swears by the technique because it cools the wine slowly compared to conventional refrigerators and wine coolers that can damage wine by chilling it too fast.

Most white wine is recommended served at around 58 degrees. A refrigerator, typically at 40 degrees or below, is too cold and can “burn the wine,” Saums said.

“Every time you flush the toilet -- and this is the really good thing about the toilet tank -- cool water flows over the surface of the bottle,” Saums said, explaining that this effect, combined with the cool porcelain of the tank, cools the bottle gently. When HuffPost stopped by D.O.C. Wine to see the technique firsthand, a thermometer in the shop's toilet tank read a moderate 56 degrees. 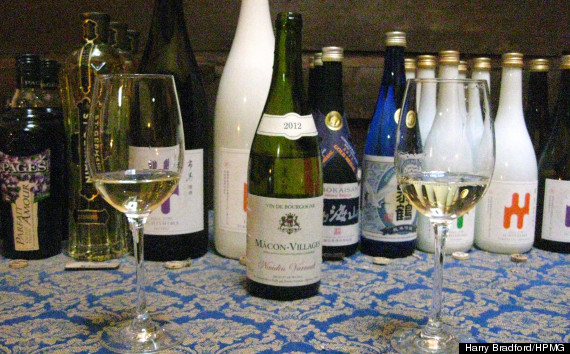 Saums described the wine as "simple, refreshing." The writer of this article at one point said the word "relaxed" when describing the wine.

The wine inside the tank, an inexpensive 2012 chardonnay from the Burgundy region of France, tasted delicious. But there is one fairly obvious fault with the toilet technique.

“People say to me, ‘My toilet tank is gross,’" Saums said. "What I suggest to them is to clean your toilet tank!”

He recommends Ajax or Comet and flushing several times to insure residue from the cleaning products won’t end up on the bottle. He also generally leaves the top of the bottle above the water and wipes it before opening and pouring. Merely precautions, he said.

"The water in the toilet tank is pretty clean. If you really had to drink it, you could drink it.” (Note: HuffPost does not recommend drinking water from your toilet tank.)

Above all, Saums said wine is about enjoying the experience and not taking things too seriously.

“Wine is really supposed to be about fun and joy,” he said. “Sitting down and sharing a glass with somebody. It is a very social thing. And it’s a hell of a lot of fun.” 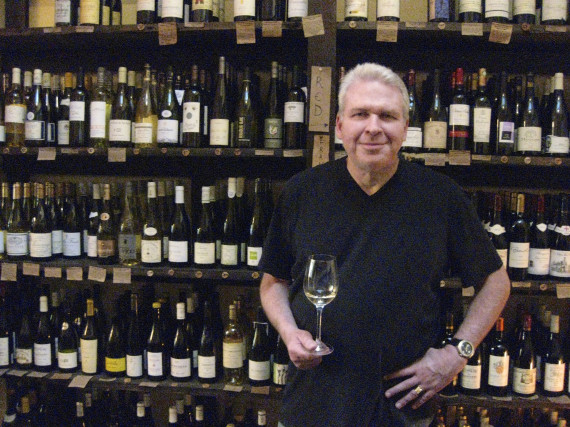