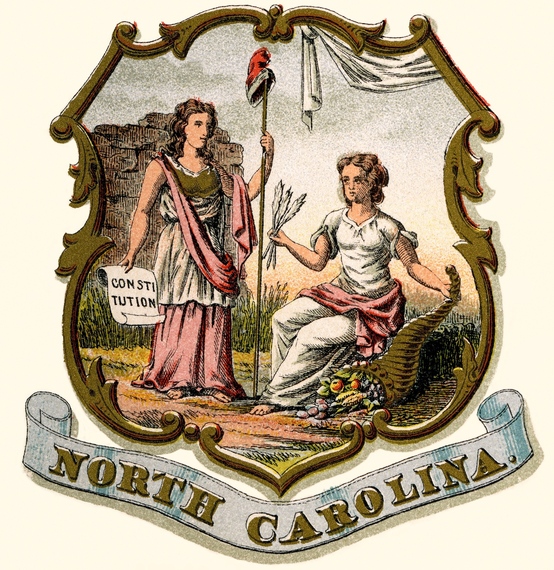 We all know that North Carolina's Gov. Pat McCrory hastily signed HB2 only to acknowledge that pre-existing state law discrimination remedies should not have been eliminated by that bill. Unfortunately, HB2 (which did much more damage than just eliminating previous private law causes of action) wasn't his or his party's only blunder. By the Charlotte Observer's tally, his party's legislature is losing an embarrassingly ever-growing number of matters in court including voter restrictions, abortion ultrasounds, preschool caps, retention elections, gerrymandered state legislative districts, gerrymandered congressional districts, Wake County school board districts, Wake County commissioner districts, teacher tenure, annexation, same-sex marriage, Planned Parenthood cuts, and coal ash. Were all that not bad enough, the legislature has ended the year by passing controversial Senate Bill 4 (which includes changing the board of elections & making other elections changes; making Supreme Court elections partisan; and modifying appellate review of cases) and by passing controversial House Bill 17 (which includes requiring senatorial "advice & consent" for certain gubernatorial appointments; reducing the governor's exempt employees from 1500 to 425; and otherwise limiting gubernatorial powers). These bills were hastily passed in special sessions that were initially publicized to provide relief for victims of Hurricane Matthew with little other notice and without reasonably-sufficient time for thorough legislative and public review. True to form, departing Gov. Pat. McCrory signed both pieces of legislation even though he found one bill in part "wrong and short-sighted." North Carolina's government is obviously broken.

Unfortunately, this breakdown involves more than broken and embarrassing legislation. Infrastructure and basic governmental services are suffering in puzzling ways as well. For example, both Pat McCrory and the unlawfullly-gerrymandered legislature have collectively refused to terminate a baffling fifty-year toll contract with a European company for toll lanes on I-77 despite much voter uproar (although termination did receive a hearing in the State House of Representatives only to die a mysterious death in the Senate). Under the terms of that baffling contract, the State is handing over to the European company for fifty years a number of HOV lanes that the state has already built and paid for. The European company is building--with financial assistance from North Carolina and a federally-backed loan--additional lanes that can only bear non-truck traffic. The European company will then be able to charge variable so-called "market-rate" tolls on "its" lanes for fifty years. Those varying tolls will somehow be determined based on current traffic. Drivers thus won't know from time to time just how much those tolls will be. Additionally, North Carolina has guaranteed minimum sums to the European company and has further agreed not to build competing lanes for the fifty-year period. Voters could and did fire un-gerrymandered McCrory in part because of this but many legislators were in safely-gerrymandered seats. North Carolina's government is obviously broken.

Here are textual highlights of some of these fundamental Constitutional principles, guarantees, and rights: Article I, Section 2 provides that all political power comes from "the people." An illegally-gerrymandered legislature on its face runs afoul of this rule and courts should not be bashful in providing appropriate remedies. Article I, Section 6 provides that "The legislative, executive, and supreme judicial powers of the State government shall be forever separate and distinct from each other." To the extent the legislature attempts to usurp such distinct executive power in any legislation, the courts should provide a remedy. By definition, such remedial power lies within the separate judicial power affirmed in Section 6. Article I, Section 18 provides in part that "all courts shall be open" and "right and justice shall be administered without favor, denial, or delay." Governor Cooper, legislators shut out by the majority or by others in their own majority party, and affected voters are all thus expressly entitled to meaningful judicial access. Article I, Section 19 provides in part that "No person shall be denied equal protection of the laws." There is no express exclusion of minority-party legislators here. Minority-party legislators should have equal rights to read, review, and debate bills rather than face bills dumped on the legislative floor to be passed in a day. In fact, shouldn't there be heightened equal-protection scrutiny here since the majority wields more power? The literal text and ancient history underlying Article II Section 22 of the State Constitution are consistent with such protections. That Section provides: "All bills and resolutions of a legislative nature shall be read three times in each house before they become laws, and shall be signed by the presiding officers of both houses." On its face, the phrase "three readings" is hard to reconcile with the practice of dumping legislation on the floor without sufficient time for reading, investigation, or debate by those who are seeing the legislation for the first time on the day of passage. History agrees with text. As John V. Orth notes in his book on the Constitution, this requirement of three readings "comes from English parliamentary procedure, anciently designed to prevent spur-of-the-moment legislation." ("Revenue bills have even further restrictions as I'll note below. I'll propose below that we correct our current Section 22 practices to conform with plain text and ancient purpose.) Finally, none of these principles works without the further principle that governors, legislators, officers of the court, and all others should speak the truth. Thus, Article I, Section 14 of the State Constitution affirms "freedom of speech and of the press" while wisely noting that "every person shall be held responsible for their abuse." Consistent with this, Rule 8.4 of the North Carolina Rules of Professional Conduct provides that it is "professional misconduct" for a lawyer to "engage in conduct involving dishonesty, fraud, deceit or misrepresentation." The comments to Rule 8.4 go even further: "Lawyers holding public office assume legal responsibilities going beyond those of other citizens." North Carolina has high standards indeed.

How do we enforce these high standards? As for rushed and poorly-thought-out legislation, perhaps we can begin a cure by changing the way we now read Article II, Section 22. Despite the plain meaning of "reading" and the ancient purpose noted above of preventing hasty legislation, "readings" under Section 22 are now treated as mere formal requirements generally satisfied by simply reading out bill numbers or titles. This devolution has allowed the "passage" in a day of HB2 as well as the hasty "passage" of other controversial legislation. Shouldn't we demand instead that "reading" reflect the common sense notion that all legislators and the public actually have a reasonable period to read, comprehend, and reasonably analyze a bill before it becomes law? Again, Article I, Section 19 would support such a reading. It provides in part that "No person shall be denied equal protection of the laws." There is no express exclusion of minority-party legislators here. Again, shouldn't minority-party legislators have equal rights to read, review, and debate bills rather than face bills dumped on the legislative floor to be passed in a day? Again, shouldn't there be heightened scrutiny here since the majority wields more power? And don't the people of the State have the right to have all legislators fully participate? As noted above, Article I, Section 2 provides that all political power comes from "the people." Preventing full participation by representatives of any of the people on its face runs afoul of this rule and courts should not be bashful in providing appropriate remedies. Had all Republican and Democratic legislators had equal time to read HB2 and thus see that it stripped racial minorities and women of their right to sue for employment discrimination, minority and female legislators who hastily thought they favored the bill might well have voted differently regardless of party affiliation. Why shouldn't HB2, Senate Bill 4, and House Bill 17 all fail under this better reading of Section 22 which is supported by both Article I, Section 19 and Article I, Section 2? (In asking these questions, I'm aware that Article II, Section 23 governing "revenue bills" has such additional requirements as requiring readings on three different days. Some might argue that leaving the three-different-day requirement out of Section 22 means that extensive and complex bills can be dumped on the floor and passed in a day so long as the bills are not "revenue bills." I don't find this a good argument. The drafters of Section 22 no doubt wisely recognized that not all non-revenue bills require detailed debate and consideration. For example, a non-revenue bill correcting a misspelling of "the" as "hte" doesn't need three days to accomplish its reasoned goal. I imagine the drafters were depending upon the good faith of legislators operating under Section 22 to allocate time fairly and appropriately.)

As for truth telling, voters' remedies at the ballot box are of course limited as long as we have our current unlawful gerrymandering. However, remedial elections are coming soon and voters should be vocal that they will hold legislators accountable for their words as well as deeds. Additionally, lawyer legislators and executive branch members must comply with Rule 8.4 and the heightened obligations of lawyers noted by the comments to the rules. No gerrymandering prohibits calling out such lawyers and demanding that they do better. For example, Republican legislators claim they had no year-end plans to pack the North Carolina Supreme Court while Gov. Pat McCrory claims legislators did have such plans. If Pat McCrory is telling the truth about plans to pack the Supreme Court, how can any lawyer legislators' deception about a matter as grave as packing the Supreme Court not violate Rule 8.4 and the noted comments to the Rule? Lawyers after all are officers of the court. Let's not forget that the President of the Senate and the Speaker of the House are both lawyers bound by Rule 8.4 and its comment that "Lawyers holding public office assume legal responsibilities going beyond those of other citizens."

By mentioning specific starting places for reform, I don't mean to suggest there are no others. Instead, I want to start more State Constitutional dialogue as we hopefully begin to undo the recent governmental mischief. I also want us to keep Article I, Section 35 front and center. Let's frequently refer to the fundamental principles that underlie our Constitution and democracy. If we do, we will fix the mess. I write this article in such a spirit.