Tokyo's Narita International Airport, which will welcome the world during the 2020 Olympics, has equipped its new terminal with a running track.

According to design firm PARTY, the color-coded and symbol-stenciled track is a low-cost alternative to automated walkways and illuminated signage.

Perhaps the design will help inspire the next generation of Olympic track and field stars.

Hey, have a passport, have a dream.

See more pictures and video below. (The segment about the running track begins at the 1:32 mark.) 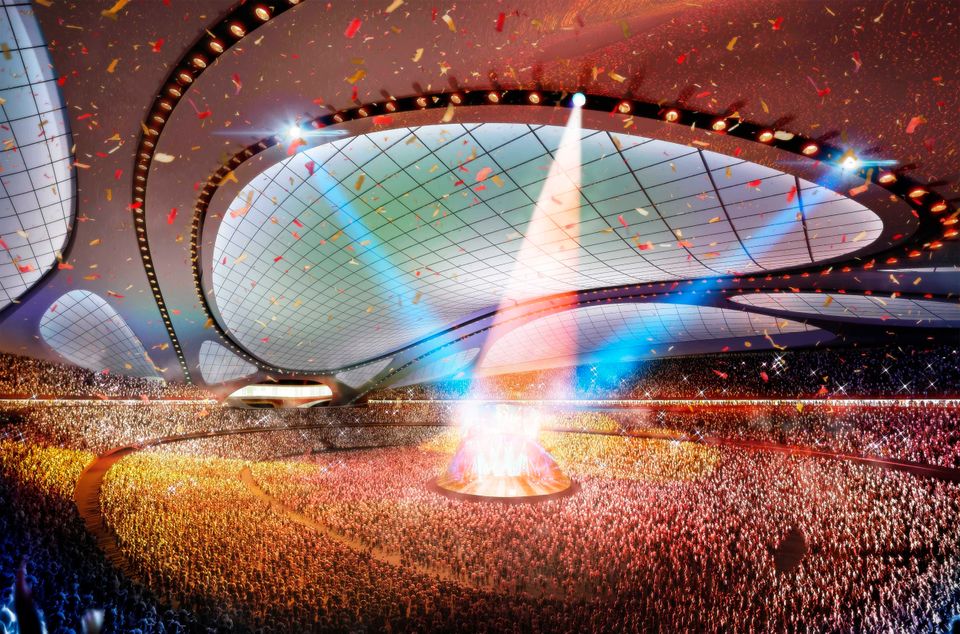 1 / 37
2020 Tokyo Olympics
This artist rendering released by Japan Sport Council shows the new National Stadium, the main venue Tokyo plans to build for the 2020 Summer Olympics. The futuristic 80,000-seat main stadium will be the centerpiece, touted by organizers as one of the most advanced in the world. Designed by Zaha Hadid, it will go up on the site of the Olympic Stadium from 1964, the last time Tokyo was host. The Japanese capital, selected Saturday, Sept. 7, 2013 over Istanbul and Madrid to host in 2020, will also reuse three venues from the 1964 Games, demonstrating a commitment to its Olympic legacy. The main stadium, which will have a retractable roof, is expected to be finished in time to host the 2019 Rugby World Cup. (AP Photo/Japan Sport Council)
AP