TOKYO (AP) — It’s a living nightmare ― but a socially distanced one.

“Zombies” attack vehicles, smearing them with artificial blood. But the customers inside the cars are safely separated from their stalkers by the windows.

Production company Kowagarasetai, roughly translated as Scare Squad, has launched a drive-through haunted house in Tokyo in response to the coronavirus pandemic.

“We have started this drive-in because we cannot get close to customers” at a traditional haunted house because of the virus, explains Daichi Ono, a cast member.

“But the distance (between customers and cast) has actually gotten shorter since there is only a window between them,” he said.

Unlike a traditional haunted house, where guests can flee if frightened, customers are confined to their cars and cannot escape the horrors during the 13-minute performance.

With no actual contact between the audience and performers, the risk of transmitting the virus is virtually eliminated. And of course, inside their cars, customers can scream as loudly as they like.

Once the horror is over, instead of eating brains, these helpful zombies actually clean the blood off the cars they attacked just minutes earlier. 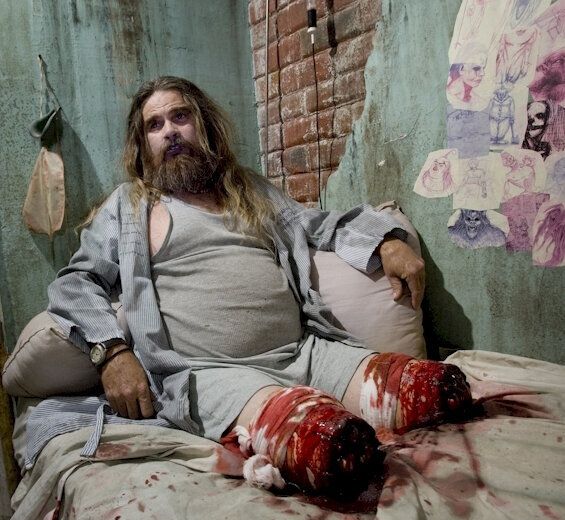 1 / 13
13th Gate Asylum 1
The 13th Gate Haunted House in Baton Rouge, La., is considered the No. 1 haunted house in the country because of attractions like a burning crematory oven, dark underground caverns, and a rickety bridge overlooking hundreds of live snakes.
The 13th Gate