There's definitely been a surge of interest in living small over the last decade, but the concepts behind the lifestyle have actually been appreciated for much longer. In fact, Kisho Kurokawa was one of the founders of a movement in the '60s called "Metabolism" which was also based on the idea of flexible design and architecture. In 1972, his Nakagin Capsule Tower was built, which has 140 "capsule" apartments that were meant to be renewed and replaced every 25 years.

Fast forward almost half a century, well after "Metabolism" died out: The building exists, but Kurokawa's intents for the micro spaces were not carried out, and because of structural issues, it may soon be demolished. Visual artist Noritaka Minami has photographed the current uses of the space -- which range from cheap housing alternatives for families, offices and weekend retreats. Scroll through his stunning images below. 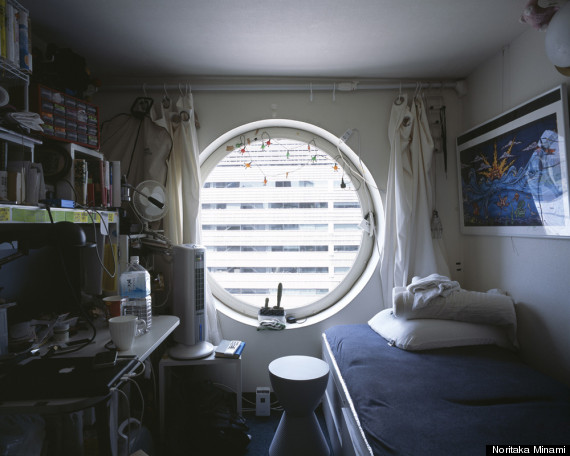