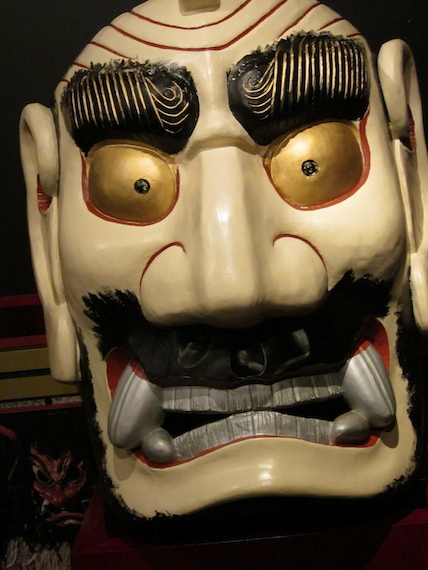 The thing about Japan is that the paranormal is perfectly normal. You say you believe in ghosts, spirits, good and bad luck? Well, duh. Who doesn't?

Tokyo has seven or eight haunted hills depending on which sources you consult. Called Yurei Zaka or Obake Zaka -- both terms for ghostly or phantom hills -- most neighborhoods have been at great pains to change those names in modern times. Property values, you know. 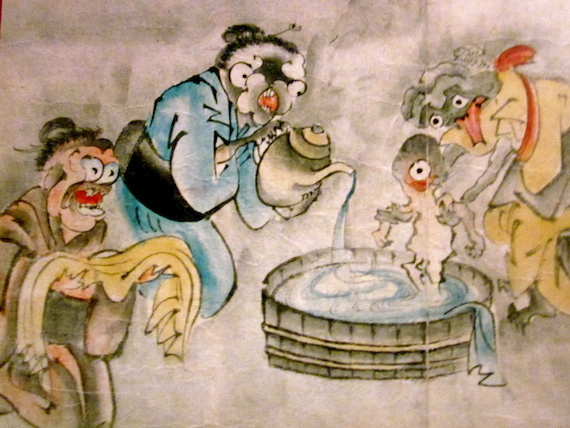 The ghost family at home, woodblock print from the Kitakami Demon Museum.

In Minami Shinagawa, the old Yurei Zaka has now been officially renamed by the local government as Niko Niko Zaka. Which translates to happy/smiley hill. Talk about wishful thinking.

The road bordering Aoyama Cemetery, known as Yurei Zaka for centuries, had its name changed to Nogi Zaka (in honor or General Nogi). Ghost sightings have continued since no one told the spirits.

One of the few hills to retain its name proudly is Yurei Zaka in Takanawa, Minato-Ku.

This part of Takanawa is a busy, upscale residential area. Very desirable for commuters because of swift subway connections to downtown. It's a great neighborhood as long as you don't mind graveyards. The hilly district is littered with old Buddhist temples and the dead that inevitably accompany them. Buddhism is all about the dead. At least in Japan.

Funerals are almost inevitably Buddhist, as are graveyards.

Takanawa's Yurei Zaka starts almost across the street from the busy Peacock supermarket which, BTW, does a cracking business in chrysanthemum-heavy bouquets for grave sites.

In case you don't know, do not give chrysanthemum bouquets as a gift unless you really don't like the person. Japanese associate the flower -- particularly in white -- with funerals. Locals often shake their head in dismay at the foreigner residents who gleefully buy the small, low-priced bouquets of mums and greens available at any supermarket. Those are meant only for the Buddhist altar at home or a visit to the graveyard.

Yurei Zaka's proximity to around six graveyards helps enhance the probability of hauntings. I'm sure there's an equation for that. 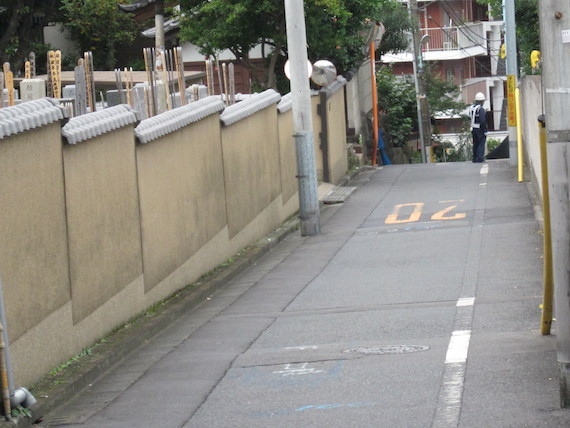 During the day, the proximity of death is merely depressing. At night, that changes dramatically. The hill, which winds around to the left and down, is unnervingly deserted and quiet. At least by the living. 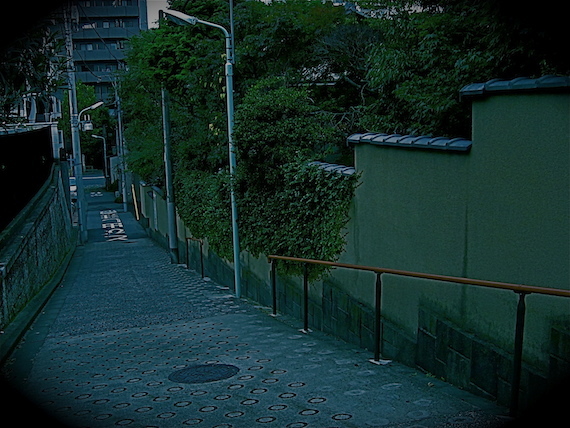 Most of the hill is disturbingly empty at night. Or is it?

Japanese ghost hunters frequent this dimly lit hill, especially during the mid-summer O-Bon season. That's when, for a short time, the dead are free to cross that ephemeral barrier and return to the land of the living. It's like the Japanese version of Halloween.

Visitors with a taste for the macabre (or a supernatural blog to fill) can easily find the hill in Takanawa. Exit Shirogane Takanawa Metro Station and make for the Peacock supermarket around the corner. Yurei Zaka is the narrow lane across the busy intersection. Come at twilight.