Cotton, apparently unbowed by the outcry over his recent open letter to Iranian leaders, introduced a bill on Wednesday that would cut U.S. funding to countries that receive former Guantanamo detainees who are later suspected of terrorism. He toured the prison March 13 with three other senators.

Cotton's Guantanamo Bay Recidivism Prevention Act of 2015 comes after his unsuccessful effort to slip similar language into a different bill during a closed-door Senate Armed Services Committee meeting last month. As The Huffington Post reported, Cotton suggested an amendment to a bill aimed at restricting detainee transfers out of Guantanamo. The amendment would have cut funds to any country that accepted detainee transfers.

Since November, 27 detainees have been transferred from Guantanamo, leaving 122. Of those, 54 have been cleared for transfer.

Cotton, along with several other Republican lawmakers, is determined to stop the releases. “Until President Obama stops releasing Guantanamo Bay detainees, Congress must do everything in its power to stop recidivism,” Cotton declared when he introduced his bill.

“President Obama seems to have little concern for what happens after a detainee leaves Guantanamo Bay. But these detainees are hardened terrorists and their release puts U.S. lives and our national-security interests at risk,” Cotton added.

McKeon also explained that Obama is not the one who signs off on transfers. After a lengthy interagency review process, described by McKeon, the secretaries of state, homeland security, and defense, along with the director of national intelligence, the attorney general, and the chairman of the Joint Chiefs, must unanimously approve any proposed transfer.

Cotton claimed when he introduced the bill that “almost one in three detainees released from Guantanamo Bay are confirmed or suspected of returning to the fight.” However, in the February hearing that Cotton attended, McKeon pegged the recidivism rate at 17.3 percent. Since Obama took office in 2009, the recidivism rate for transferred detainees is 6.8 percent, he said. Of the 107 former detainees confirmed to have re-engaged in violent activity, 48 are either in custody or no longer alive.

McKeon told lawmakers Guantanamo's continued existence should be their primary concern, not the potential for recidivism. “Guantanamo weakens our national security by draining resources, damaging our relationships with key allies, and is used by violent extremists to incite local populations,” he said.

More than 50 countries have agreed to host former Guantanamo detainees, including key U.S. allies Saudi Arabia, the U.K., and Canada.

It's unclear whether Congress is legally entitled to information that would be needed to determine whether to cut off foreign aid under Cotton's bill. The legislation would cut funding to countries that host detainees who later appear in a quarterly report from the White House to Congress. These quarterly reports are required by a 2009 appropriations act. However, the act only mandates that the White House provide Congress with “a current description of the number of individuals released or transferred from detention at Naval Station Guantanamo Bay who are confirmed or suspected of returning to terrorist activities after release or transfer from Naval Station Guantanamo Bay.”

The White House often gives lawmakers detailed information about suspected recidivists, including names and host countries. However, it's unlikely the White House would share information beyond what is required by law if such information is used to cut aid to U.S. allies.

“This bill would clearly be counterproductive to our efforts to work out responsible arrangements to transfer detainees and to maintain cooperation with receiving countries to ensure detainees do not re-engage,” said a senior administration official, speaking on condition of anonymity.

“I’ve seen a lot of bad legislation of Guantanamo, and I have to say this one really takes the cake,” said Raha Wala, senior counsel for defense and intelligence at Human Rights First. “It’s frankly absurd to hold our foreign policy and national security hostage to an ideological agenda on Guantanamo. There is no question that the intention behind the bill is to put a wholesale stop to transfers out of Guantanamo, and to punish allies for the very laudable efforts they’ve made to help close the facility. 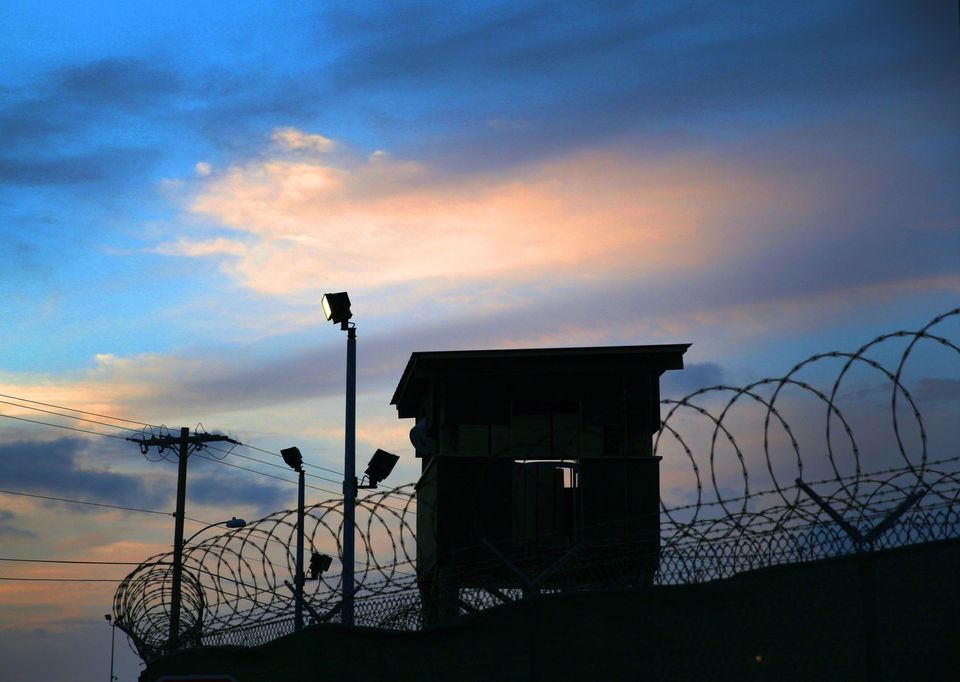