After almost six years of marriage, Katie Holmes and Tom Cruise are calling it quits. The two reportedly had a pre-nuptial agreement that awarded Holmes a Montecito, Calif. mansion and $3 million for every year she stayed married to him, reports Reuters. However, their massive Beverly Hills estate seems to be up for grabs.

The couple lived together in the seven-bedroom, nine-bathroom mansion built in 1937. Clocking in at over 10,000 square feet of living space, the pair bought the mansion in 2007 for $30.5 million, at the time dispelling rumors of marital strife. The property's special features include a tennis court, swimming pool and a sizable driveway.

Unfortunately for their portfolio, the recession and the down housing market has probably done a number on the home's property value; a similarly sized mansion on the same street just sold for $17 million.

Zillow points out that Cruise is a long-time Southern California resident. When he was married to Nicole Kidman, they lived together with their two children in a Pacific Palisades home. Cruise also owns a Hollywood Hills property, which he bought in 2005 for $9.85 million.

Additional homes in New York and Telluride, Colo., make for one massive community property package for Holmes and Cruise to split if they decide to go that route.

For now, Holmes is reportedly seeking sole custody of their daughter, 6-year-old Suri, as well as a "suitable amount" of child support.

Despite its unorthodox start, Holmes and Cruise's union settled into what seemed to be the normal tedium of family life. This slideshow shows the couple during happier times, when they spent hours watching their children's soccer games or dance studio classes or taking a jog together.

CORRECTION: A previous version of this article incorrectly stated the price tag of the Beverly Hills mansion to be $35 million. We regret the error. 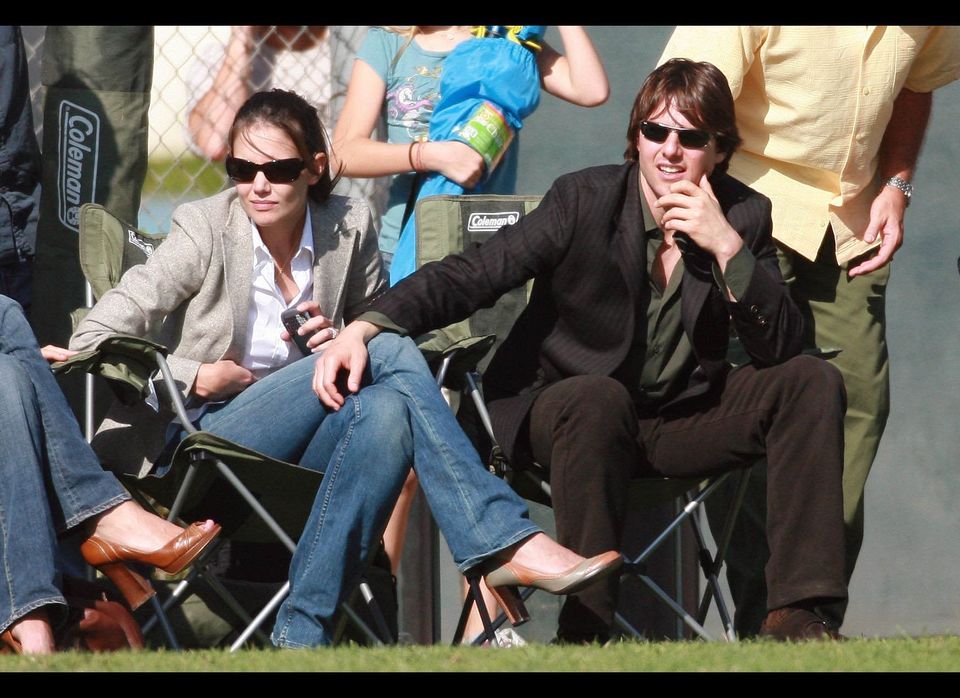