Olympic diver Tom Daley surprised the world when he came out in a candid YouTube video Monday, revealing that he is currently in a relationship with a man. Now, it has been revealed that the man he is dating is allegedly a hunky Oscar-winner.

Sources reportedly confirmed the relationship to the Advocate, as well.

Daley and Black were spotted together back in October getting some drinks at The Coffee Bean in Hollywood, Queerty noted. At the time, eyebrows raised over whether the two were an item, despite the fact the 19-year-old publicly insisted he was not gay in September.

Black is currently in L.A. following a trip to Russia for a screening of "Milk" at an lesbian, gay, bisexual and transgender (LGBT) film festival in St. Petersburg, according to E! News. Meanwhile, Daley is in London.

News of the supposed romance comes after Daley's emotional coming out video went viral. Although he did not label himself "gay," "straight" or "bisexual," he did get frank about his current relationship with a man.

"Come spring this year, my life changed massively when I met someone. And it made me feel so happy, so safe and everything just feels great. And, well, that someone is a guy," he said. "It did take me by surprise a little bit. It was always in the back of my head that something like that could happen, but it wasn’t until spring this year that something just clicked. It felt right... My whole world just changed, right there and then. And, you know, of course I still fancy girls, but right now I'm dating a guy and I couldn't be happier. I just feel safe and it just really does feel right."

The video has since been viewed more than 6 million times. 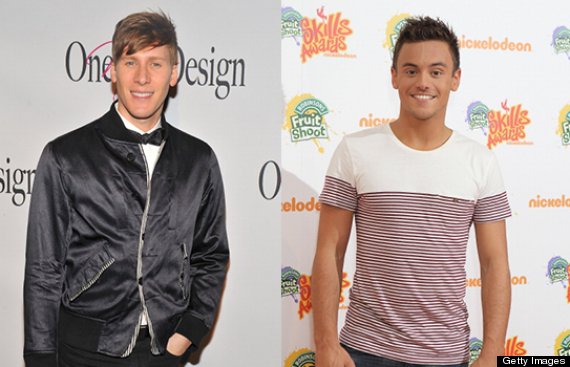