When Jay Z released his chart-topping song "Tom Ford," the famous fashion designer it was named after and dedicated to was honored: "I love that he gets a ‘high’ from my clothes," Ford told WWD. Now Ford is returning the gesture by paying homage to Mr. Carter's stellar style.

One of Jay Z's Magna Carta Holy Grail tour t-shirts that reads "Tom Ford," "61" with the word "Molly" crossed out -- mimicking the lyrics: “I don’t pop molly. I rock Tom Ford" -- is the inspiration behind a dazzling design in Ford's Fall/Winter 2014 collection. On Tuesday during London Fashion Week, Ford sent a black-and-white and an orange-and-white sequin dress down the runway that replicate Jay-Z's shirt.

"I just took the knock off from online, and knocked it off," Ford told The Associated Press after the show.

In fact, the original concert t-shirt is designed by the French clothing line called BBP (Black Boy Place) and retails for $65. Unsurprisingly it's going to cost you way more to own one of Mr. Ford's versions. "My knockoff will sell for $6,500," the designer told Style.com.

Here's a look at Jay Z's BBP "Tom Ford" tee and the high fashion version that designer Tom Ford created. What do you think? 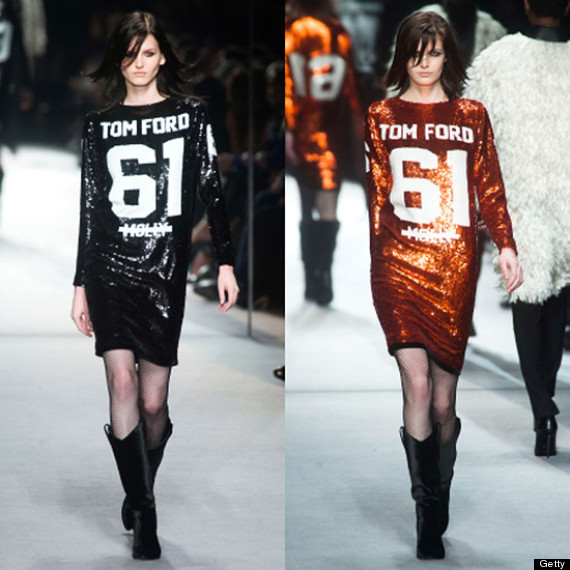 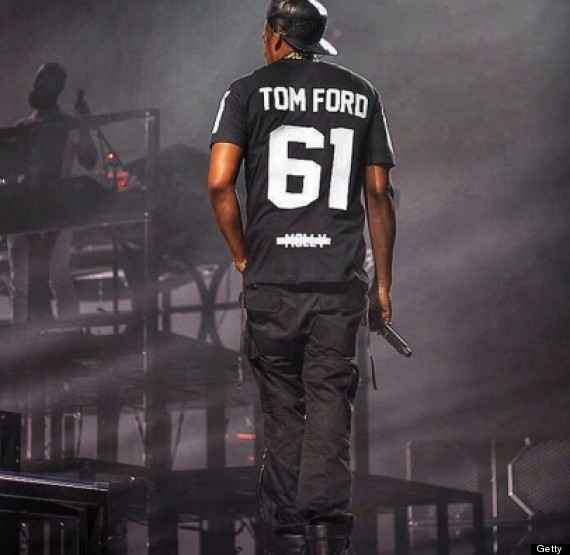