*SCROLL DOWN FOR THE PHOTO*

September 12th marked Tom Ford's return to womenswear, following a six-year "pause," with one of the most closely guarded presentations in recent fashion memory. He turned the traditional fashion show formula on its head by banishing the usual hordes of photographers, Twitterers and bloggers who offer same-day coverage on the internet, and invited only top fashion editors and one photographer, Terry Richardson, within the walls of his Spring 2011 presentation.

Mr. Ford (as he now prefers to be called) also did away with traditional runway models, instead handpicking some names you might be more familiar with--Beyoncé, Julianne Moore, Lauren Hutton, and Rita Wilson--to showcase his garments. He told the media that they'd just have to wait for the photos: Richardson's photographs would appear on the newly relaunched TomFord.com (which for now sits dormant on its homepage) in December, when the clothes were ready for his stores. Now Vogue is running the first images of the collection in their December issue, which hits newsstands in New York and Los Angeles this Tuesday.

"I do not understand everyone's need to see everything online the day after a show," he explains to Vogue. "I don't think it ultimately serves the customer, which is the whole point of my business--not to serve journalists or the fashion system. To put something out that's going to be in a store in six months, and to see it on a starlet, ranked in US magazine next week? My customer doesn't want to wear the same thing she saw on a starlet!"

In the time since Mr. Ford left Gucci in 2004--a dark period where "My values were in the wrong place" and "I didn't know if I cared if I lived or died"--he discovered Daoism and co-wrote, financed, directed and edited the critically acclaimed "A Single Man," a film which earned Colin Firth an Oscar nomination for Best Actor in a Leading Role.

As of this morning, Vogue.com has published the first look at this highly anticipated collection, and they've kindly shared one of the spreads exclusively with HuffPost Style. For more images and the accompanying article, visit Vogue.com. 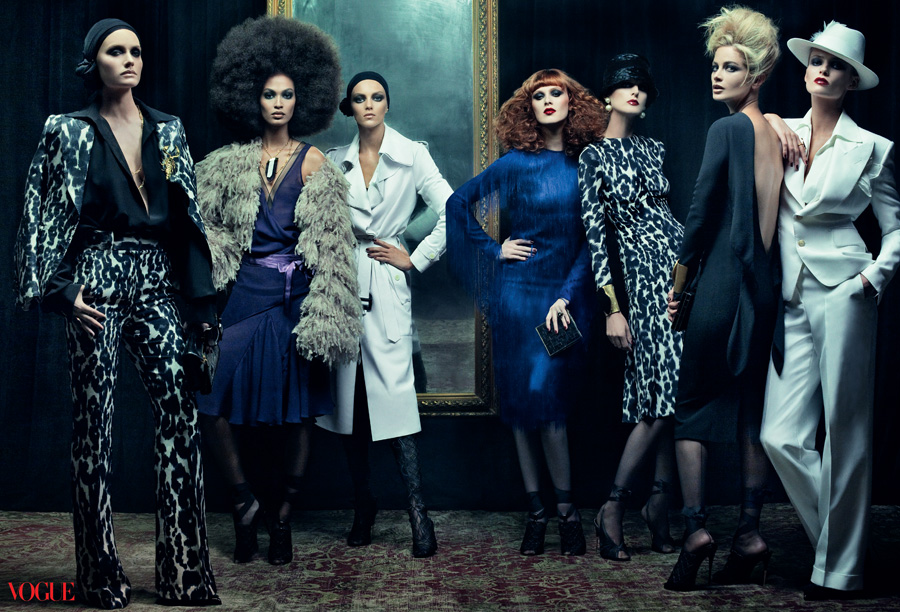 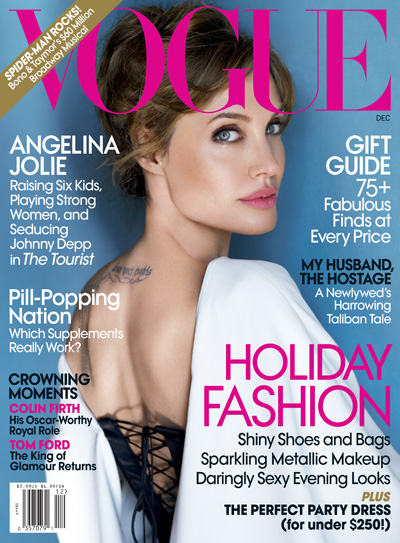