Winter has definitely arrived in the Great Lakes region, dumping dangerous amounts of snow on western New York, but bringing some beauty as well. On the shores of Lake Michigan, iced lighthouses can form above the water during periods of cold weather. Last month, photographer Tom Gill was able to capture these amazing shots of one lighthouse in St. Joseph, Michigan before the ice melted away.

An iced lighthouse requires specific conditions. As below-freezing temperatures chill the lighthouse, water from splashing waves freezes to the surface and creates the beautiful ice formations, Gill told The Huffington Post in an email. But later in the season when the lake begins to freeze over and water doesn't splash as much, the lighthouse doesn't freeze as completely as it does in these early winter conditions.

"The lighthouse freezes on a regular basis, but never the same way twice, and some years, not much at all," Gill said. "The icicles twist depending upon the direction of the wind at the time, so some can be seen bending in multiple directions."

All photos and captions by Tom Gill (check out his blog for more frozen lighthouses). 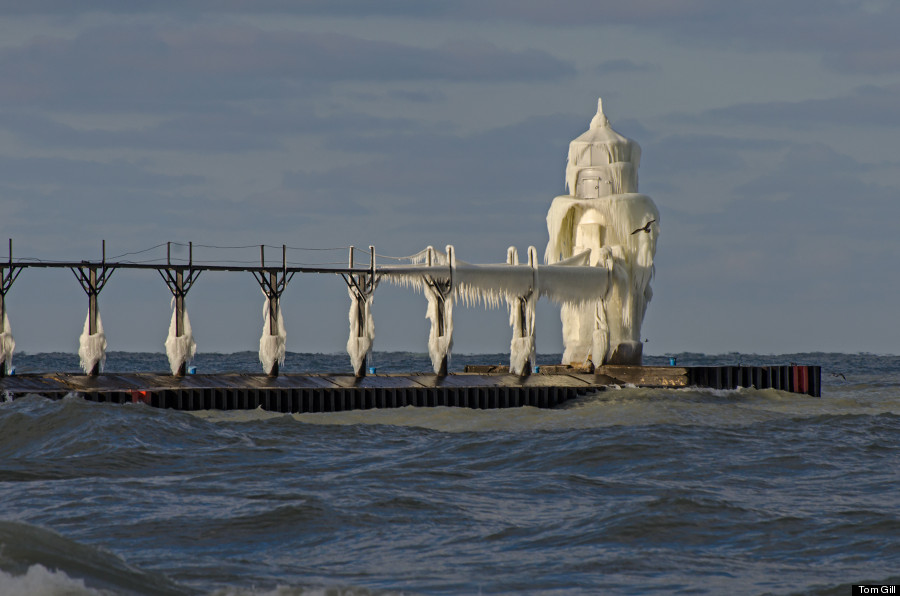 Early season ice built up on the outer lighthouse in St. Joseph, Michigan. 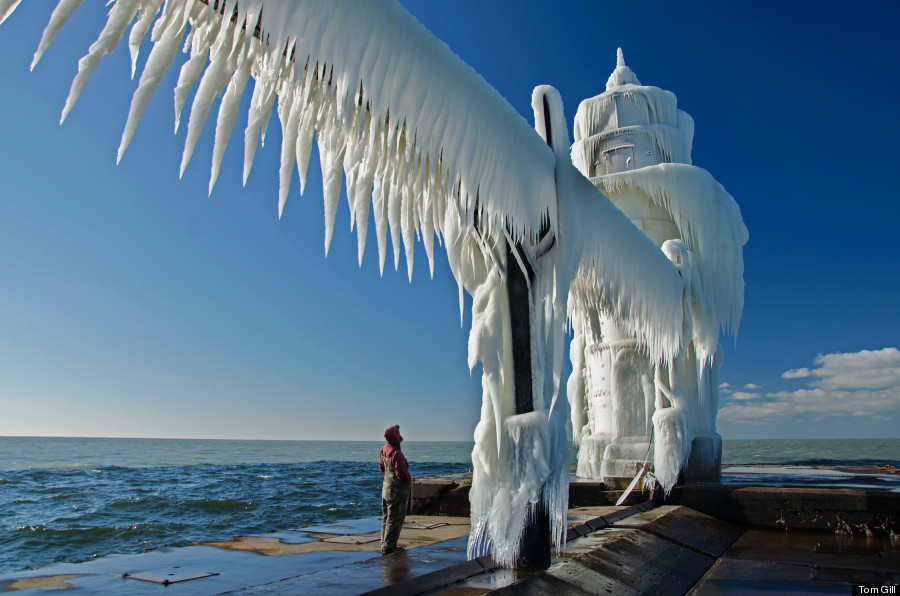 A daily visitor to the St. Joseph lighthouse checks out the build up of ice on the outer lighthouse. 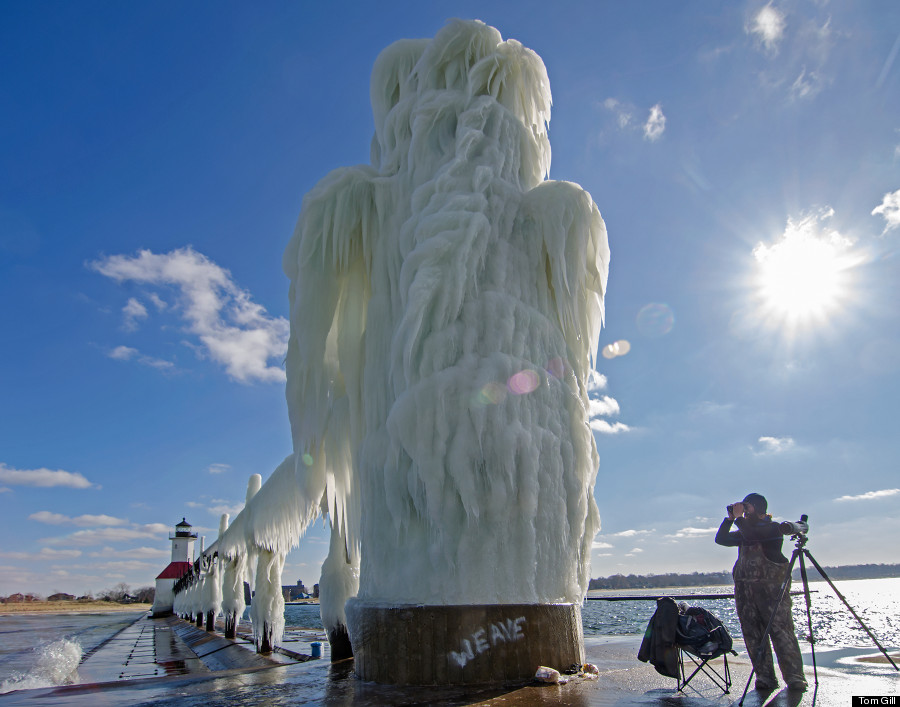 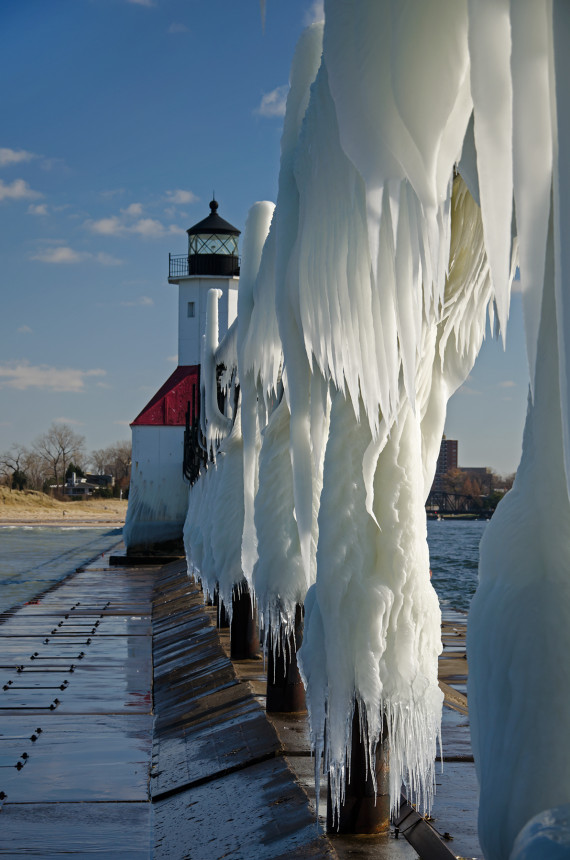 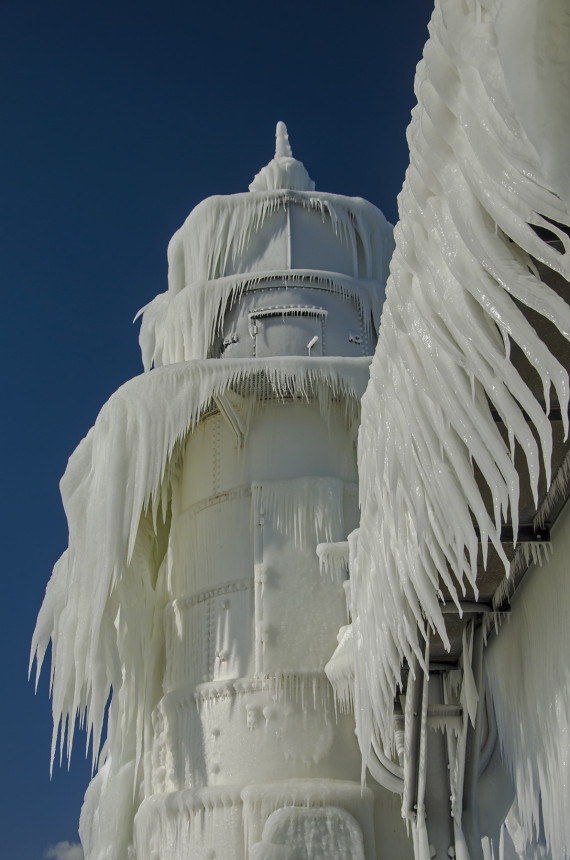 Left: The St. Joseph inner light seen from the outer portion of the pier. Right: A close up of the ice formations on the lantern of the outer lighthouse. (Photos: Tom Gill) 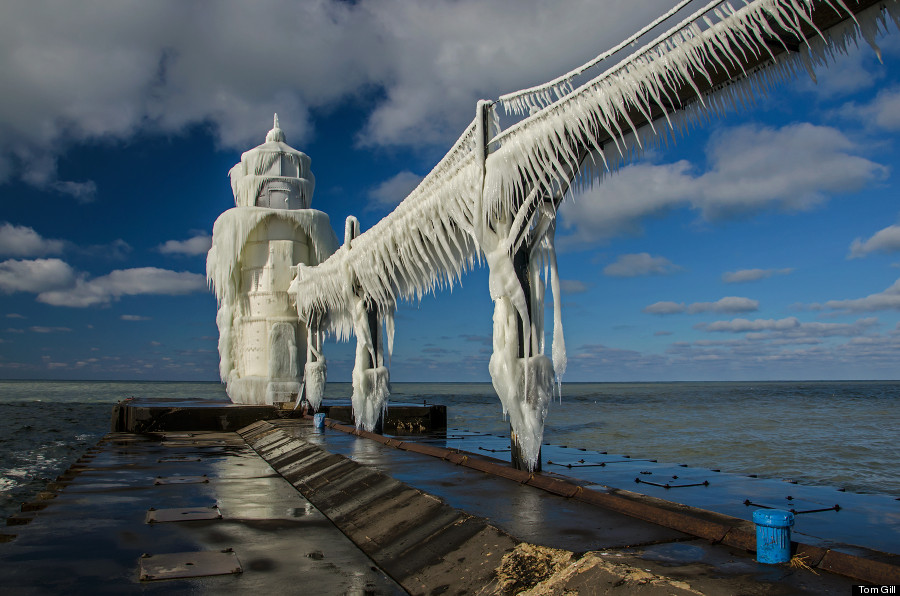 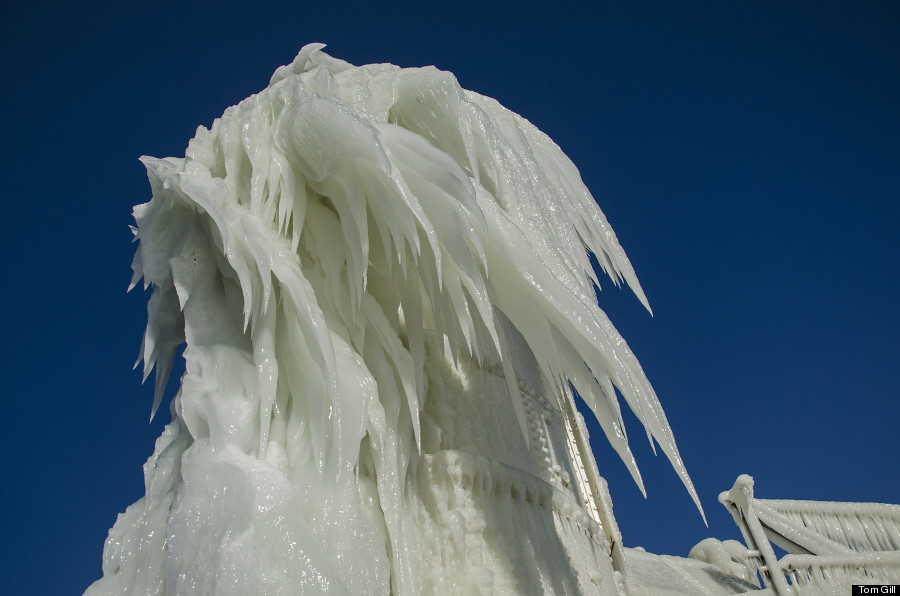 A view of the long icicles hanging from the outer lighthouse in St. Joseph, Michigan. 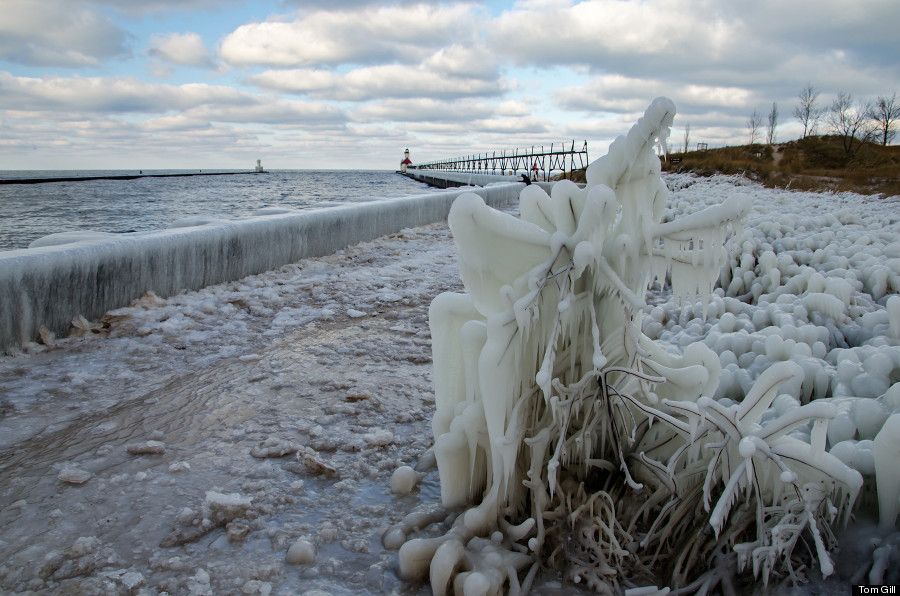 Waves crashed and the spray created ice on everything within reach.

To see more lighthouse photos by Gill, see the slideshow below of last years photos.