When it comes to Tom Hanks, movie critics are certain of two things: 1. he's forged a brilliant career filled with monumental, all-time classics films, and 2. "Larry Crowne" is not one of them.

Hanks' newest film, which he wrote, directed and starred in, is not fairing too well with film reviewers; while graced with his customary charm and good nature, currently, it holds just a 35% on Rotten Tomatoes. The words from top critics have not been kind -- barbaric even -- in ravaging the Julia Roberts co-starring romantic comedy about a big box retailer employee who gets fired in middle age, enrolls in junior college and begins to forge a new path.

But while Hanks as the titular Larry Crowne looks to a brighter tomorrow in the film, it's worth taking a look back on the best work in the star's iconic filmography. With two Oscars on his mantle and a whole host of beloved other films, it's worth remembering Tom Hanks is still one of the best actors of his time.

Interestingly, Hanks' Oscar-winning roles in "Philadelphia" and "Forrest Gump" aren't close to his best reviewed films, with just 75% and 71% on Rotten Tomatoes, respectively. The tops? The first two "Toy Story" movies, which received 100% each; the third film lagged behind at a dreadful 99%.

Here are the films, presented in no particular order; vote on your favorites! 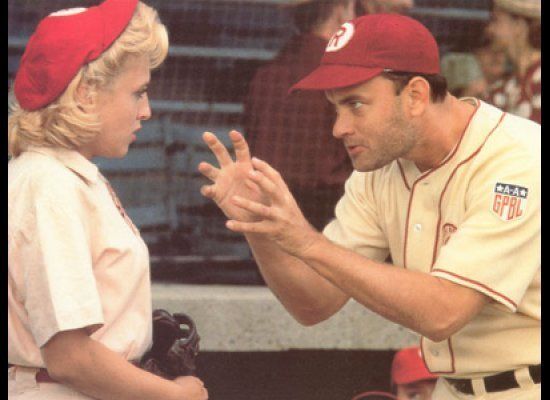