There are few things better than Girl Scout cookies. And it seems even A-list celebrities are addicted to Thin Mints, Samoas and Tagalongs. The proof? Just this week, Oscar-winner Tom Hanks was spotted in the San Francisco Bay Area, helping a group of very excited Girl Scouts sell some cookies. Of course, he couldn't help but buy a few boxes for himself.

Come for the typewriters, stay for the cookies: @tomhanks makes the most of Los Altos! http://t.co/cvMJN3rVvY pic.twitter.com/8lXSWkkTk3

The 58-year-old bought four boxes of cookies (we're not sure which kind), according to the Los Altos Town Crier, and even gave the scouts an extra 20 bucks. Hanks even stuck around and offered to take pictures with passersby, as long as they bought some cookies from the girls.

The mother of one of the scouts said the actor was "down to earth" and "personable." "I’m still on cloud nine,” Archana Appanna told The Crier.

It's not the only random act of kindness Hanks has performed. Last October, a New York City cab driver told Humans of New York about his chance encounter with the actor. After giving Hanks a ride at the end of his shift one day, the driver was invited to attend Hanks' play, "Lucky Guy" on Broadway. 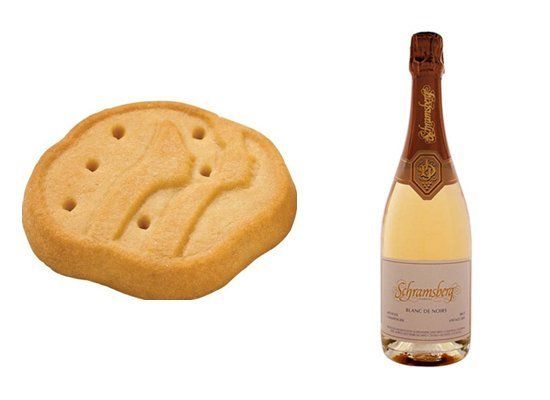 1 / 8
Trefoils
<a href="http://www.schramsberg.com/wines/blancdenoirs.html" target="_hplink">2007 Schramsberg Blanc de Noirs Sparkling Wine.</a> The creamy richness of the shortbread is balanced by the fresh lively notes of the Sparkling Wine.
Schramsberg/The Girl Scouts