“Toy Story” conspiracists, you’ve got a friend in Tom Hanks.

The theory, which went viral after appearing on Pixar theorist Jon Negroni’s blog, all comes down to Andy’s hat.

If you look at the hat, it’s clear it’s not modeled after Woody’s, but it does look an awful lot like Jessie’s. The hat just seems to be missing the white lace that goes around it, says Negroni, but there is “a faded mark where the white lace should be.”

The theory points out that in a “Toy Story 2” flashback, Jessie’s previous owner, Emily, also appeared to have a Jessie-style hat, except hers had the white lace.

Other scenes in the flashback sequence make it seem like this took place well in the past. From that, fans speculate that Jessie’s previous owner grew up to be Andy’s mom. She passed down her Jessie hat to Andy, and it lost the white lace along the way.

Mind blown? Ours, too.

HuffPost asked Hanks, who voices Woody in the “Toy Story” movies, about the theory while chatting with him at an ACLU event in March. And, he’s into the idea.

“Sounds like a fantastic off-story, a little bit of fan knowledge to me,” said Hanks. “And I’m sure the folks at Pixar have paid attention to it. I’m not saying such a flashback might happen in the fourth movie, but check it out.”

Hanks isn’t “saying” a flashback will happen, but the possibility of one is looking more and more likely.

In an interview with Entertainment Tonight, “Toy Story” writer Pete Docter seemed to frown upon the notion that Jessie’s first owner was Andy’s mom, but you can’t rule out that he just wants to keep “Toy Story” secrets, you know, secret. He said:

“The interesting thing is that we’re now on ‘Toy Story 4,’ and still stuff that we discussed in [the original] ‘Toy Story,’ 20-something years ago, those ideas are still being used. So it just seems to be a very evergreen kind of story and a lot of stuff just keeps bubbling up, so it’s very interesting.”

“Translation: We might get the answer in a later ‘Toy Story’ movie,” wrote ET.

Whether or not we ever find out real answers, it’s good knowing the theory is at least Hanks approved. All we gotta say is, “Thanks, T. Hanks.” 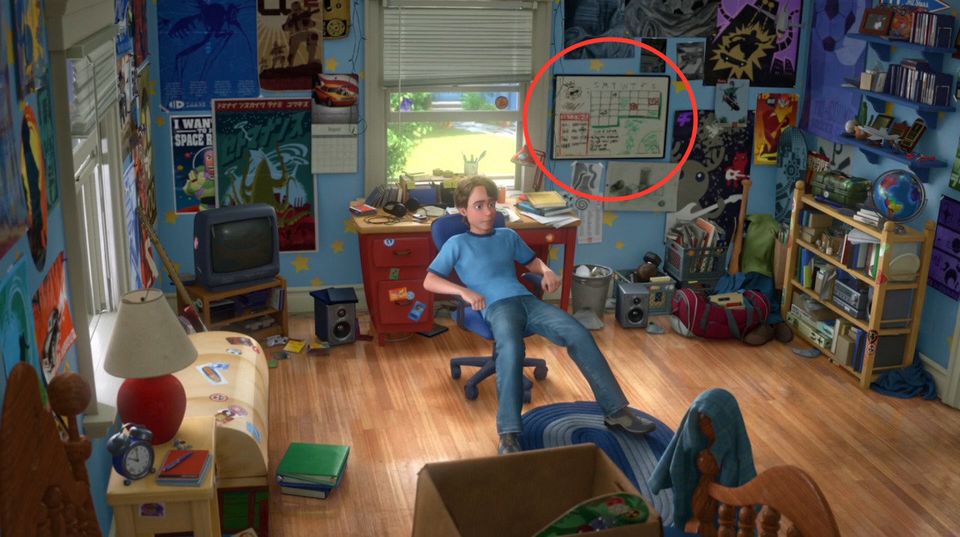