Tom Hardy launched a fundraiser for the victims of the Manchester Arena bombing, and donors are offering the support they can.

“What happened last night at the [Ariana Grande] concert in Manchester was a tragedy; families and children attacked and murdered; in a place where they should be safe and enjoying a concert,” the actor wrote on his Just Giving page. “It is an inconceivable atrocity. There is no bringing back those who have been lost, pointlessly, in such a cowardly and brutal fashion. I am truly saddened by what I have witnessed and there is no doubt that Terrorism is an evil thing.”

“I hope between us we can raise some funds as a gesture of goodwill and love to help in some small way towards repairing some if any of the damage done in the wake of last nights events,” he added.

Hardy, who is from London, set a £15,000 goal for the fundraiser, and donations have already surpassed that. The money will go toward the British Red Cross Society. Those affected by the tragedy are helping out in other ways as well: Manchester-area blood banks have received an overwhelming number of donors following the deadly attack.

Other celebrities have tried to help, as well. Manchester United striker Wayne Rooney donated £100,000 through his foundation and Russell Brand donated proceeds from a recent stand-up gig to victims, according to Esquire UK.

The suicide bombing Monday at Grande’s concert at Manchester Arena left 22 people dead, including an 8-year-old girl and several teenagers.

Find more ways to help in the aftermath of the Manchester tragedy on HuffPost UK. 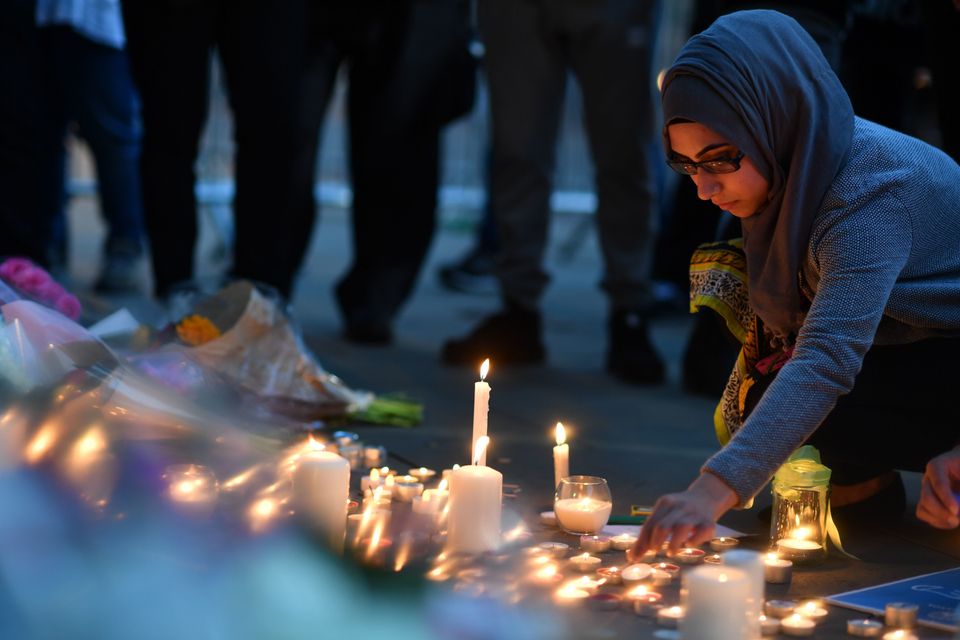