Senator Tom Harkin (D-Iowa) joined HuffPost Live host on Wednesday to discuss the "fiscal cliff." He told host Alicia Menendez that conservative media has blown the crisis out of proportion.

"The Rush Limbaughs and the echo chambers around the country have really manufactured this," he said, comparing it to the Y2K crisis. "This crisis has been manufactured to scare people so that we will do something here in a hurry."

Harkin said it's "like hostage-taking," and added that the conservative media has "confused people deliberately in order to try to get their way."

Despite weeks of negotiations, the White House has failed to strike a deal with Congress in order avoid the fiscal cliff. House Speaker John Boehner said that "serious differences" are preventing a deal. Republican leadership is resistant to raising taxes on the wealthiest Americans, a key piece of the White House plan. Meanwhile, Democrats are reluctant to making changes to Medicare or Social Security that GOP has suggested.

Congressional Republicans told reporters on Wednesday John Boehner had warned them not to make holiday plans.

A fiscal cliff deal must be reached by the end of the year in order to avoid a series of automatic spending cuts and tax increases. 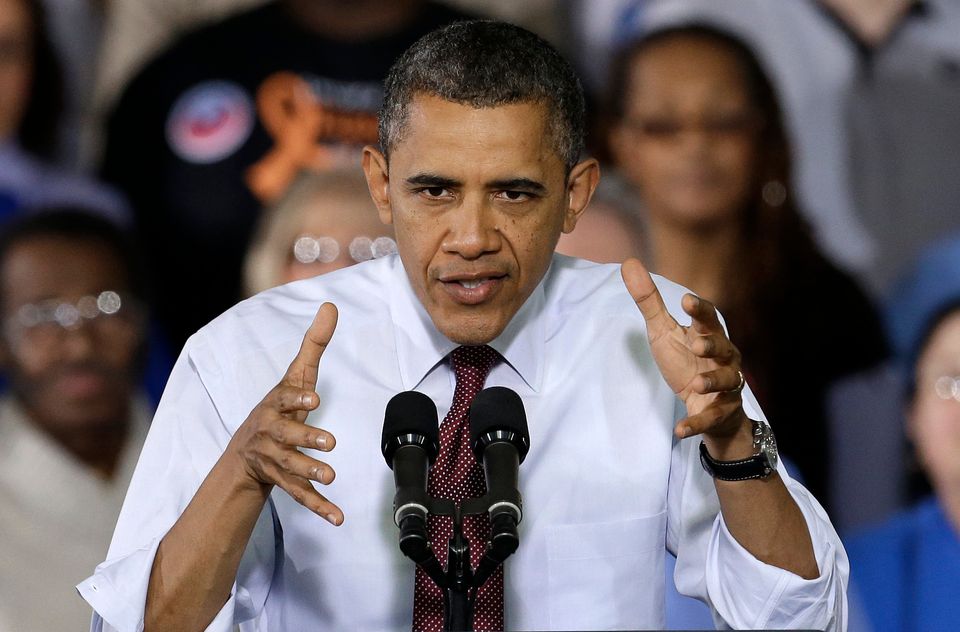 1 / 32
Barack Obama
President Barack Obama speaks to workers about the economy during a visit to Daimler Detroit Diesel in Redford, Mich., Monday, Dec. 10, 2012. The scene playing out on Capitol Hill is a familiar one as lawmakers with competing ideologies wage an 11th-hour battle to avert a predictable crisis. This one comes just a year after an equally divided Washington nearly let the country default on its loan obligations, a debt-ceiling debate that contributed to the electorate's deep lack of faith in their elected leaders and a drop in the nations credit rating. (AP Photo/Paul Sancya)
AP