Perhaps a Cambridge-educated classics scholar who most recently starred in a trilogy of Shakespeare's Henry V plays and some comic book movies would not immediately come to mind for the story of the Alabama-born country legend Hank Williams. But writer/director Marc Abraham cast Tom Hiddleston, Loki in Marvel's Avengers movies and Henry V in the "Hollow Crown" trilogy, to play Williams, and he gives a haunting, sensitive performance. In an interview, Hiddleston talked about the challenges of the role, including learning to yodel. 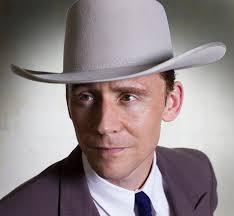 Williams was born with spina bifida, so Hiddleston had to understand how that would affect the way he sat, moved, even held the guitar.

We talked about it a lot actually, Marc and I, and I looked for that in all of the academic research that I did before stepping into his boots. And I discovered so many interesting details. He was quite a sick child, he was quite weak, he was physically quite frail and not really fit for labor or service. He didn't get called up in the draft to serve in the military. His father had worked in a lumberyard but he couldn't do that either. He had this gift for playing the guitar which is I think perhaps why he applied himself so much because it was something he could do, something he was good at. He always had back pain but as a child it went undiagnosed and unremarked. He was finally diagnosed with it when he was 27, just two years before he died.

I used to look at the video footage of him. He was obviously a very rangy, wiry figure but he had this electrifying charisma. Especially in the concert scenes when he was on stage, I've always noticed the way he hunched over the microphone and the way his knees used to sway. There was rhythm in his hips but you didn't see it in his hips, it manifested in his knees because of his back pain. And it was really interesting to play.

There was one scene where Hank's caught between the devil and the deep blue sea at Ray Price's house where he come to bring Billie Jean back and Bobbie Jett is waiting for him, it's not a pretty picture from Hank's point of view. And Billie Jean, well within her rights, just storms out and he rushes out of the house after her. Maddie Hasson playing Billie Jean, was going quite a leg and I rushed out down the steps to catch up. After the first take Marc came up and said, "Remember dude, jumping down two steps is going to hurt your back" and so I sort of made the adjustment in the way he ran out after her because jumping down those steps was easy for me, but not easy for him. 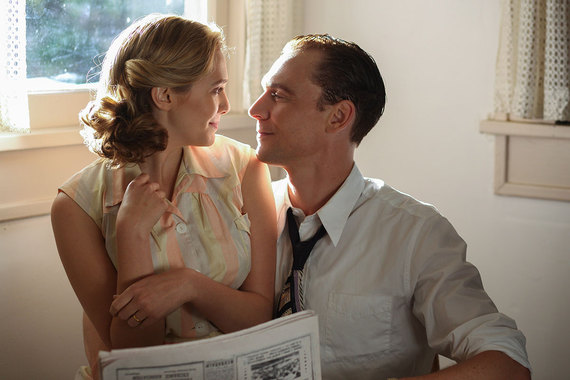 The movie shows us Williams' tumultuous relationship with his first wife, played by Elizabeth Olsen. He loved her and he loved their son, Hank Williams, Jr. The stress from his affairs and her wanting him to support her singing career was hard on both of them.

Hiddleston said Williams did not get a lot of sympathy from those around him, and so the only place for him to express this pain was through his music.

His mother was a battler. She was just very strong. His bandmates say that she was unafraid of getting into a fight in a honky tonk. They'd seen her fight, take people out. And I think she was a very strong woman and that was probably born out of the circumstances that she came from. It was a difficult life back then and they were very poor. And so I imagined there was very little air time for what were seen as petty complaints. Just dig your heels in and get on with it. And I think Hank was that kind of guy. For someone so mournful and sincere in his lyrics, I don't think in his life he was given to complaining. If he did have the complaints they were manifested in his rebelliousness and his disrespect for authority. He didn't let people tell him what to do.

Writing music came entirely naturally to him and it was like breathing oxygen. It was a part of what fed him. It was part of what constituted any day. All his friends and associates say he always had a book and a pencil and he was always writing down little ideas and songs and ditties.

This is not Hiddleston's first time singing in a film. He provided the voice of an animated singing pirate in a Tinker Bell video. But learning to yodel to perform Williams' songs was one of the film's toughest challenges. He was appearing on stage with Hadley Fraser in Coriolanus when Marc Abraham came to see the show.

Hadley Fraser is a beautiful singer. He trained at the Royal Academy of Music and he played Javert in "Les Misérables" in London for year upon year. And I told him I was going to do this. I remember saying to Hadley that I was going to play Hank Williams and he went, "I don't mean to be impertinent, Tom, but how are you going to yodel?" And I said, "Hadley I have no idea, I have no earthly idea." And I got him to try and he went, "it's a bit tough, boss man, I can't do that." So it was a journey of 1000 miles. I couldn't have done it without Rodney Crowell, our executive music producer and my personal tutor for the music of Hank and the ways of the blues. In the end we found out that it was about commitment. There's something about yodeling which initially feels absurd, just feels ridiculous when you're doing it the first time, but then once you do it, it's actually very liberating.

Hiddleston appreciated the chance to watch clips of Williams on YouTube, not just to see him sing but to see his easy banter with the band and his command of the audience.

You can see one full show of the Opry on the internet. It's so innocent for the most part. It's so kind of family-friendly and upbeat and bit silly and there's lots of people doing comedy routines. Some of it is very slapstick. Everyone sort of slapping their thigh and yee-hawing. And then he comes out and the whole vibe changes and he sings "Cold, Cold Heart." He was really cool. People were drawn to him. He had this magnetism that was very powerful. And he has a swagger and a kind of smile and it's like he's Elvis before Elvis. He was cool.