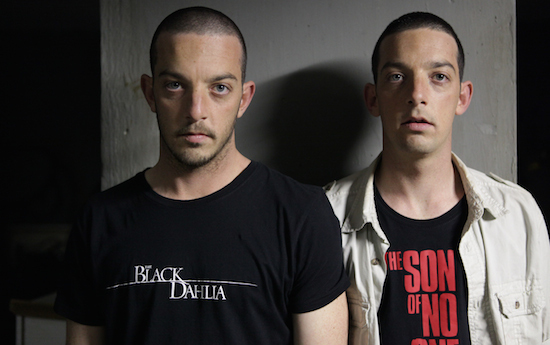 I've come to realize what I look for in favorite filmmakers. I crave, in no particular order, respect for the audience, respect for the story and its characters and respect for women. It boils down to the basic definition of the principle of this grand word "respect," which is "due regard for the feelings, wishes, rights or traditions of others." In a world that is increasingly divided into "others," this credo ensures I end up watching films by human beings, made for human beings.

In his first feature Youth, Israeli filmmaker Tom Shoval hits all those essentials for me, and also delivers a film that does what cinema should always do -- entertain, enchant and enlighten. Although I watched Youth at the Middle East Now festival in Florence more than a year and a half ago, I still think of it as if it was yesterday. Youth kidnapped my soul (pardon the pun for those who have already watched it) infusing it with newfound questions, forced me to entertain different ideas about Israel's younger generations but also left me in wonder of Shoval's ability to delve into a violent theme and subject matter without threatening my womanhood. Few have ever managed to do that on screen.

Film to me is a place where I can find out about the world but also dream about its possibilities. I'll admit I don't read as much as I should or trust the media to deliver the truth, without their own hidden agendas blended in. So I turn to filmmakers to inform me, educate me in their own magical way. A really great director will find the means to infuse his oeuvres with personal insight, without teaching or preaching in the process. Shoval does that and more.

In his director's statement for Youth, Shoval -- who defines himself a cinephile and cinema lover, as well as a filmmaker -- pointed to the biggest challenge of his personal first film, his intent to "simultaneously bring to the screen both the violence of growing up and the beauty to love fully and dream freely." The Hebrew title of Youth is "H'anoar," also a popular way to mean "the best of youth," which further delves into the duality of growing up, and more specifically growing up in Israel. Shoval's leads, the two brothers played spectacularly by real life twins David and Eitan Cunio (both non-professional actors before this) offer insight into the human chaos that we don't read about in the headlines, a day-to-day reality of those living in Israel that doesn't begin and end with the Palestinian conflict or what paranoid new statement Bibi has issued that day. In Youth, we witness instead an Israeli middle-class that, as Shoval points out, "is being eroded by recent government reforms and accelerated capitalism and was the base of the big riots that erupted in 2011." The younger generations are questioning the status quo of a country that is precariously situated and increasingly, financially stressed out.

At the center of his story, Shoval places a pretty teenage girl from an affluent family, played by another wondrous newcomer Gita Amely -- kidnapped yet hardly a victim. Throughout Youth I kept expecting to feel slighted as a woman, which I often feel when women characters are targeted in films -- but I never did. What I found instead was a young female lead who somehow managed to get to her captors and leave them changed. But you'll have to watch Youth to know exactly what I mean.

It is impossible to talk about Youth without mentioning legendary Israeli actor Moshe Ivgy, whom I've adored since Eran Riklis' Cup Final, and who plays the boys' father Moti. To quote Shoval, Ivgy's genius lies in "his ability to extract a character's pain out of the tiny nuances, his shame and mostly his story: delighting in an old pop song, sleeping heavily in the middle of the day, counting the cigarettes left in his pack, the equivalent of an hourglass."

Youth producers Gal Greenspan and Roi Kurland of GREENproductions and co-producers Sol Bondy and Jamila Wenske from One Two Films in Berlin seem like the ideal partners for a filmmaker, and in fact are all on board for Shoval's next project Shake Your Cares Away, while Joelle Alexis's masterful editing ensures that Shoval's film keeps the audience enthralled and on the edge of their seat.

It is also impossible to talk about Tom Shoval without pointing to his participation in the prestigious Rolex's 'Mentors & Protégés' arts initiative and the resulting year he spent collaborating with Alejandro González Iñárritu. Or mention Aya, the short live action film Shoval co-wrote, which was nominated for an Academy Award in 2014.

Don't miss my exclusive video interview with Tom Shoval featured below and catch Youth in NYC, starting August 21st at the Elinor Bunin Munroe Film Center at the Film Society of Lincoln Center.

Photo courtesy of the filmmaker; video interview with Tom Shoval shot by Seffy Hirch, edited by E. Nina Rothe, all used with permission.