Tom Willis has thrown 18 first pitches –- with his feet. And the armless pitcher plans on continuing his baseball tour until he makes it to all 30 Major League Baseball stadiums.

The 53-year-old was born with congenital bilateral upper amputation and decided at a young age that he wouldn’t let his disability stand in his way. He relied on prosthetics as a kid, but soon learned that using his feet was more convenient to perform daily tasks, The Washington Post reports.

“My mother basically said ‘Look, we’re not going to give you any special attention. You’re a member of the family and you’re going to do everything that everyone else does,’” Willis told ABC7. “I was not treated any differently.”

When the native Washingtonian became a motivational speaker, he engaged with the crowd by throwing frisbees and tennis balls at them. He soon nabbed the attention of the San Diego Padres, too, and was invited to throw out his very first pitch, his own way, according to The Washington Post.

Willis has altogether thrown out 18 pitches (nine of which were strikes) and tossed his most recent one at the start of a game between the Chicago White Sox and the Detroit Tigers, according to ABC7. It’s all part of his Pitch for Awareness Tour to educate the public about how capable people with disabilities are.

“With adults,” Willis told ABC7, “I teach them how to turning obstacles into opportunities, challenges into championships and making the impossible possible.”

Click through the slideshow below to see Tom Willis at the mound.

PHOTO GALLERY
Man With No Arms Throws Out 18 First Pitches
Download
Calling all HuffPost superfans!
Sign up for membership to become a founding member and help shape HuffPost's next chapter
Join HuffPost 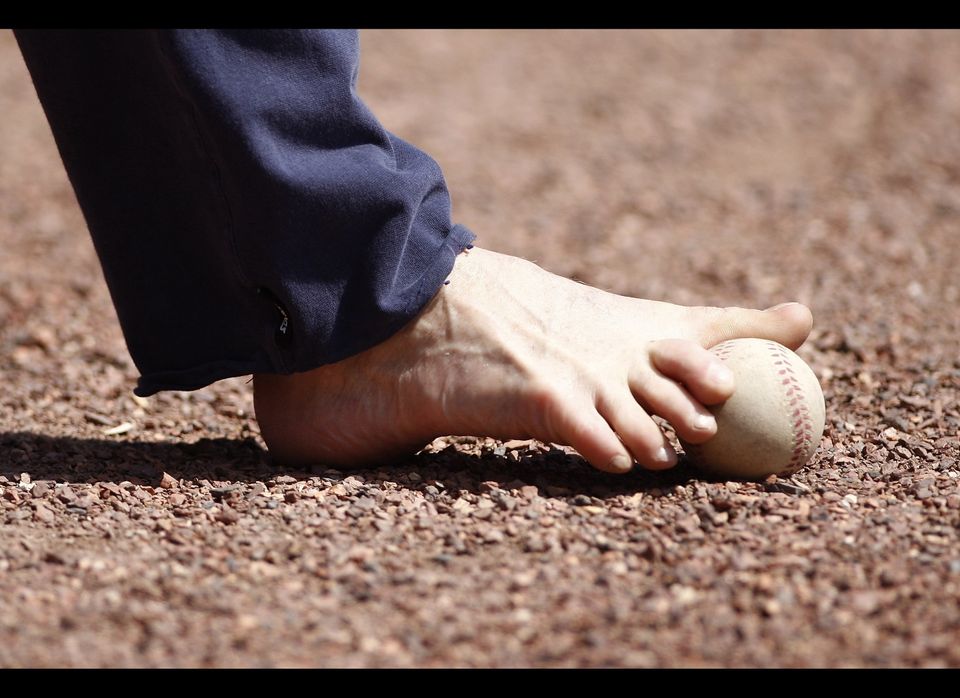