In the world of children's books, writer and illustrator Tomi Ungerer is somewhat of an outsider.

Far from the norms of happily ever after, his stories are dark, abnormal and frightening even for many adults. In The Three Robbers, a trio of thieves accidentally kidnap a young orphan named Tiffany, who eventually softens their hearts and leads them to use their stolen loot to help other abandoned children. And then there's No Kiss For Mother, about a cat named Piper Paw who despises being kissed by his mother -- not "good‐morning kisses, licky kisses" nor "soggy kisses!"

Ungerer's work is currently on view at the Drawing Center, in a stunning exhibition titled "Tomi Ungerer: All in One." 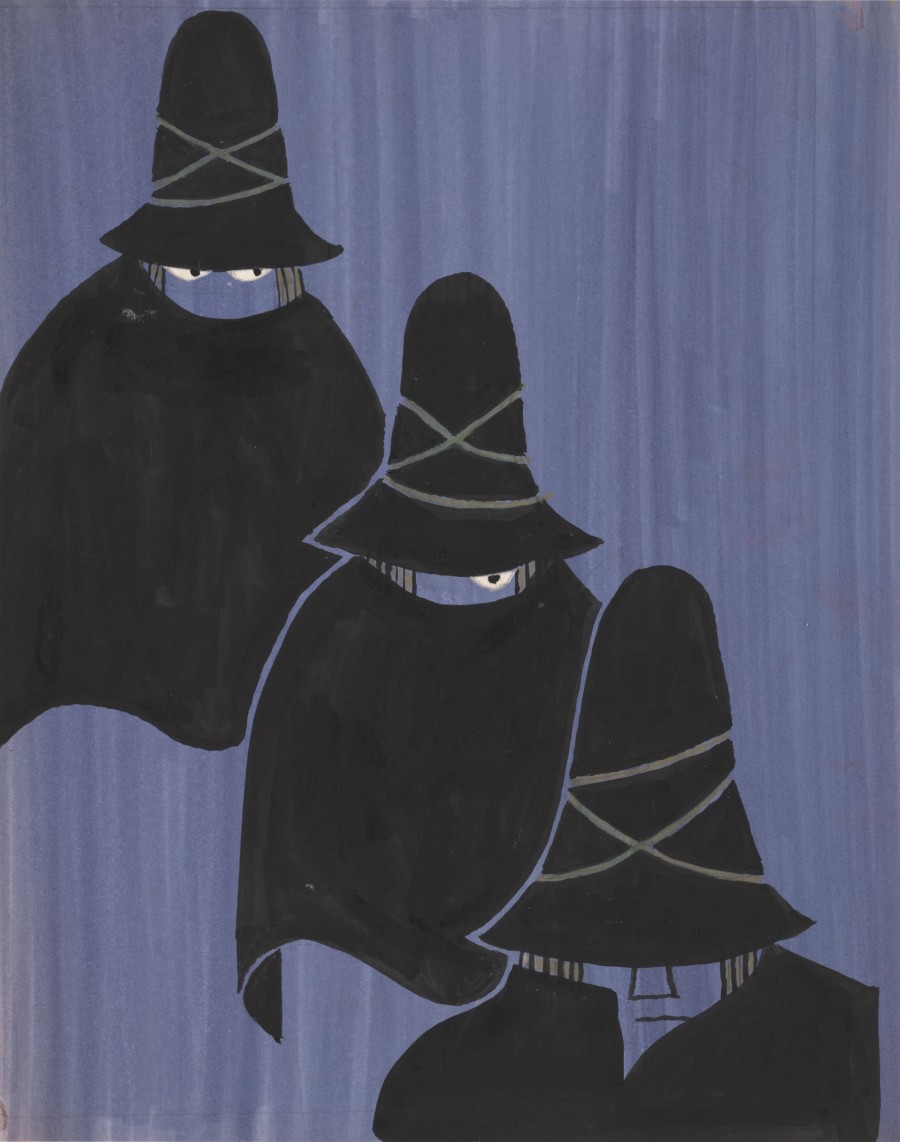 "Most of my children's books have fear elements," Ungerer told NPR. "But I must say, too, to balance this fact, that the children in my books are never scared... I think fear is an element which is instilled by the adults a lot of time." While many grown-ups deemed Ungerer's style a bit too sinister for the younger set, he had faith in kids' abilities to fight through fear, a skill he himself learned growing up on the French-German border during World War II. "I remember even in the bombings and whatever, we were always joking away."

Now, at 83 years old, Ungerer lives with his wife in a remote region of Ireland near Cork. He began his career in New York in the mid-1950s, living there until the '70s when he moved to a farm in Nova Scotia as a form of self-imposed exile. Over the years, he's accomplished a lot. "I’ve done over 150 books, I write as much as I draw, and I have my sculptures and my architectural designs. I have my fingers in so many behinds," he told Art News. If you detect a hint of bawdiness in Ungerer's tone, you're not off base. The artist has long dabbled in erotic drawings, including an illustrated Kama Sutra starring frogs, titled "Joy of Frogs." 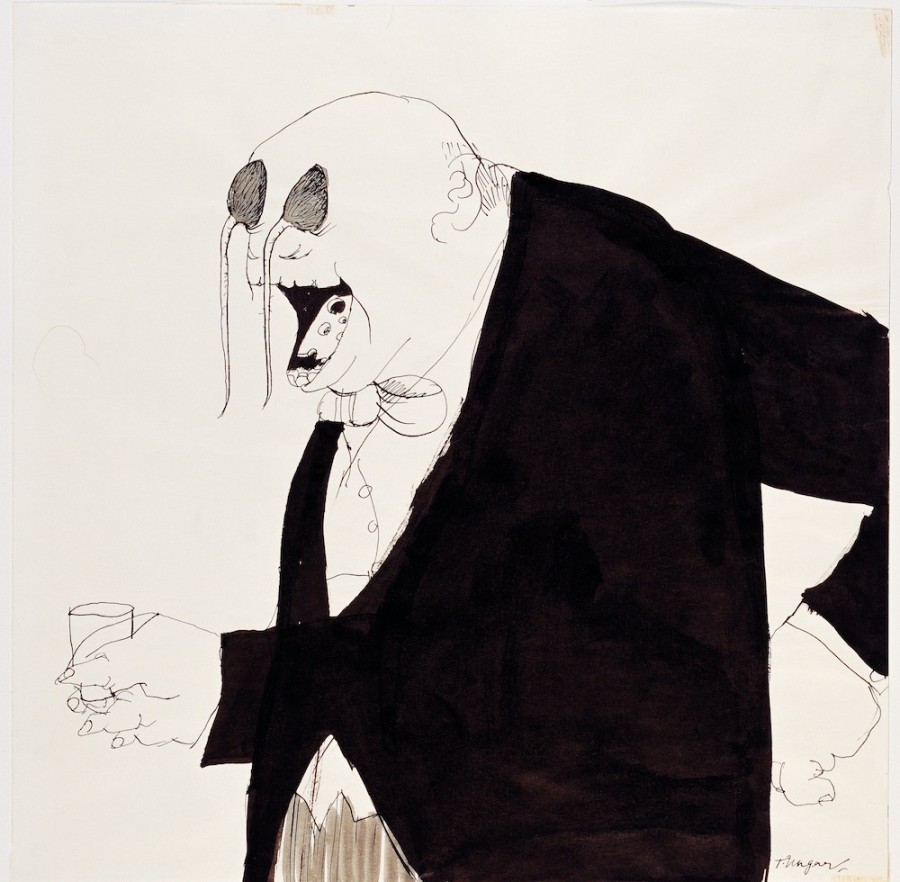 He was widely blacklisted in the 1960s when word of his graphic images hit the children's literature circuit. At a conference surrounded by people in the youth publishing business, he famously declared "If people didn’t fuck, you wouldn’t have any children, and without children, you would be out of work." In a later interview with The Times, he softened his edges a bit, explaining "Eroticism is a safari."

Although Ungerer's subject matter and style has a spectacular, if not unthinkable range, for Drawing Center curator Claire Gilman one fact remains consistent. "For him, it’s always about showing what is considered abnormal. The protagonists are outsiders, they’re people who are not accepted by society."

Tomi Ungerer's work will be on view at the Drawing Center in New York until March 22, 2015.