When you think of an artist's tools of the trade, what comes to mind? Some paintbrushes, a canvas, a couple tubes of paint. How about... a chainsaw?

It may seem more a tool of destruction than creation, but UK artist Tommy Craggs has grown to become quite skilled with his weapon of choice.

On his website he says, "I see the trees come back to life in my artistic struggle working against the grain, with all of the beauty of the wood showing through." 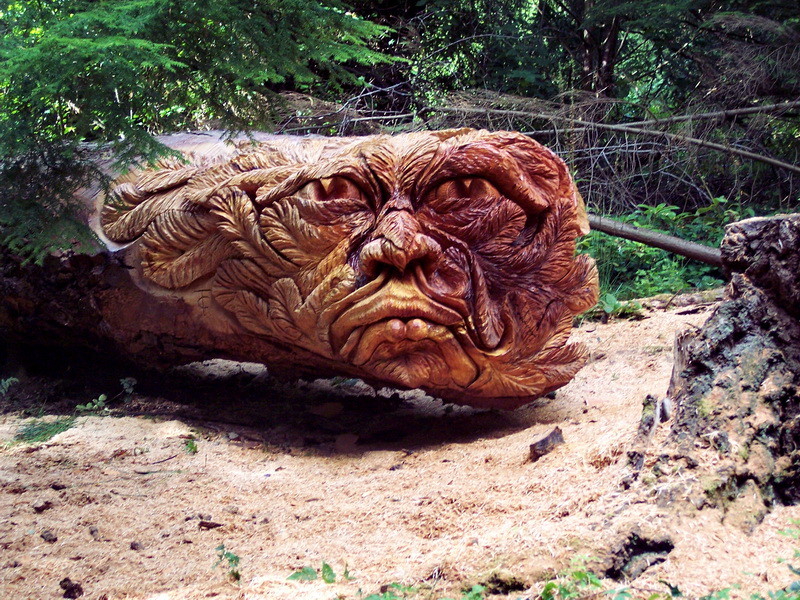 Environmentalists have nothing to fear: Craggs only uses tress that have fallen naturally or need to be felled for woodland management purposes. He has won numerous awards for his work at carving festivals around the world (yes, they exist). He placed third in Canada's Chetwynd Chainsaw carving championship in 2011 and snagged the top prize at the English Open Chainsaw Competition with his take on "Alice In Wonderland."

His work has been creating a buzz around the web ever since his pieces began to mysteriously appear in North Yorkshire, but now that the cat's out of the bag we expect more commissions coming Mr. Craggs' way. We hear that he is also available for chainsaw demonstrations should you ever decide to take up the limb-endangering art form.