Tommy Kelly, a lineman for the Oakland Raiders, became exposed when his pants came off today in a game against the Denver Broncos. With just under seven minutes remaining in the game, the Broncos were driving and just yards away from a touchdown that would have put them up by two scores. On second down, Denver tried to run the ball in but was unsuccessful. Also unsuccessful were Kelly's efforts to keep his pants on, as they somehow fell during the play, exposing much of his lower half.

Kelly is not the first player to show some skin this season. In November Devin Hester's butt was shown to a national television audience. 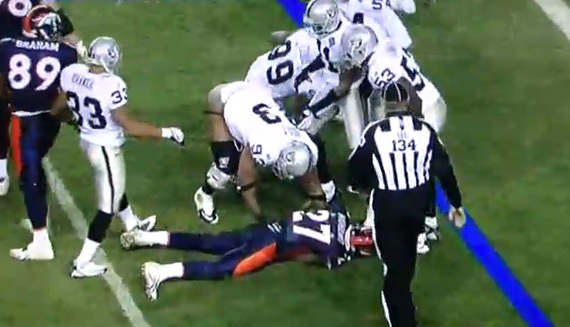 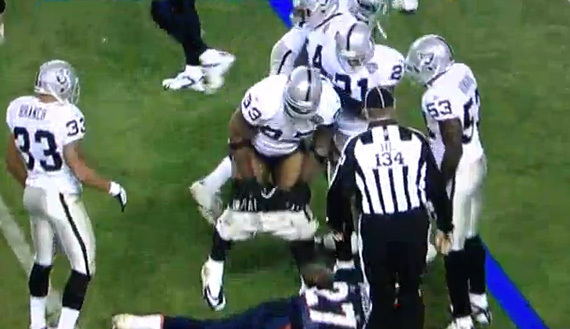