Texas Tech head coach Tommy Tuberville is going to have some explaining to do even after his team edged Kansas in double overtime.

The Red Raiders were going for it on fourth and 2 leading 21-17 midway through the fourth quarter. But they ended up taking a penalty for having 12 men on the field. Tuberville lost it and took out his anger on an assistant, later to be identified by the Avalanche-Journal as offensive graduate assistant Kevin Oliver.

Tuberville smacked Oliver upside the head, knocking of his headset and hat faster than you can say "gif."

"He was on the field, I reached to grab him and pull him off, and when I pulled I missed his shirt and I grabbed his facemask — or his microphone — and it just ripped off his head," Tuberville said at his postgame press conference, via Star-Telegram.com. "I was trying to get him off the field."

UPDATE: More from the Associated Press on Tuberville downplaying the altercation.

LUBBOCK, Texas (AP) — A video of Texas Tech coach Tommy Tuberville appearing to slap a graduate assistant went viral on the Internet even as the No. 25 Red Raiders were still playing Kansas on Saturday.

The third-year coach downplayed what appeared to be an outburst on the sideline in the third quarter of Texas Tech's 41-34 victory in double overtime.

"It wasn't anything to it," he said. "It was just one of those deals where I missed his shoulder and ended up grabbing the microphone on his head set and pulled it off."

Footage shows Tuberville facing Oliver, who oversees special teams. The coach appears to use his left hand to strike Oliver on the right side of his face. Oliver's headset and ball cap fall off. It happened when the Red Raiders seemed to have difficulty getting the right personnel on the field. 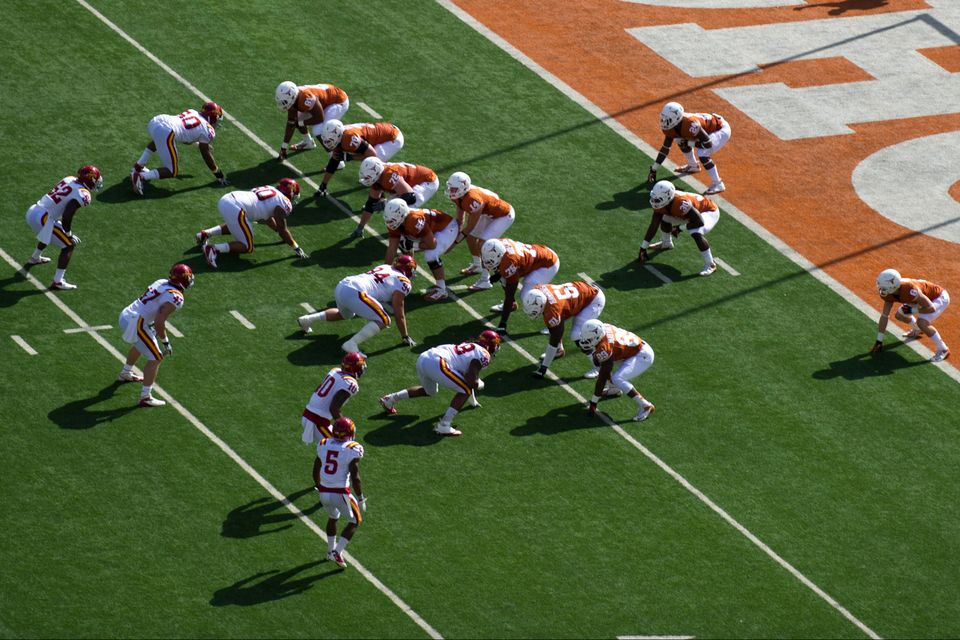