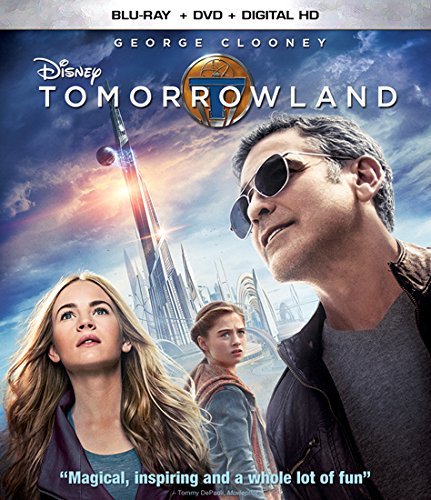 Bound by a shared destiny, a teen bursting with scientific curiosity and a former boy-genius inventor embark on a mission to unearth the secrets of a place somewhere in time and space that exists in their collective memory. KIDS FIRST! Film Critic Gerry O. comments, "This film has everything. It has a wonderful, heartwarming plot with a good 50/50 split of drama and comedy and is filled with many wonderful morals and messages. It can be called a tale, sci-fi, adventure and more." Miles T. adds, "This futuristic film has an advanced plot and is full of surprises. It uses a lot of special effects, green screen work and wires and contains a lot of action! This film is about a teenage girl who has glimpsed the future and is determined to figure out how to get there." See their full reviews below.

How can you describe this film, a film that is original (which is very rare these days), surprising (also rare) and it has a perfect ratio of pretty much everything! Tomorrowland is a movie of wow that makes you want to go out and do something knowing that nothing is impossible.

This film has everything. It has a wonderful, heartwarming plot with a good 50/50 split of drama and comedy and is filled with many wonderful morals and messages. It can be called a tale, sci-fi, adventure and more. But, this film has something for everyone.

Tomorrowland starts off showing a young high school girl named Casey (Britt Robertson) who is told that the world is being polluted, destroyed and slowly ending. She asks why something is not being done about it. One day, she finds a mysterious pin which takes her to a world not in the future, past or present, not on Earth. It is somewhere beyond our knowledge, known as Tomorrowland. She embarks on adventure trying to get there and meets many people including Frank Walker (George Clooney) who is a former child genius and actually lived in this place for some time.

This film is truly an enjoyable experience to watch. Director Brad Bird does an extraordinary job making this a master piece. From the perfect cast to the original story, it is breathtaking to watch. The cinematography is perfect - not too modest and not to forced either. The cast is inspiring. George, Britt and the rest of the cast make jokes, deliver dramatic moments, and everything in between. The relationship between the main characters are sad at times, happy at times. They are heartwarming and draw you in. Disney has really outdone itself so many times and they surprise us again with a very original and nicely done film which will become the next phenomena.

My favorite scene is when Casey, Frank and a girl named Athena (you must watch the film to learn more about this very special character) go to Paris and they launch something out of the Eiffel tower. It is action-packed, funny and stunning to watch. The special effects are out of this world and thrilling.

There are so many moral messages. The main one is "nothing is impossible and never stop questioning the world around you." In the film, Casey never stops asking questions and, because of this, a very surprising thing happens.

I recommend this film for kids ages 8 to18 and give it 5 out of 5 stars. This film is truly one of the greatest films of the year and wonderfully executed. It opens in theaters on May 22 so don't miss it.

This futuristic film has an advanced plot and is full of surprises. It uses a lot of
special effects, green screen work and wires and contains a lot of action! This film is about a teenage girl who has glimpsed the future and is determined to figure out how to get there.

My favorite character is Frank Walker played by George Cloony. In the movie, he is very funny and sarcastic. I like this character because it seems like he has no hope, but then something happens and he is suddenly soaked in hope. I love everyone in the cast because their acting is so good and their work with ropes and harnesses and special effects is nothing short of amazing. The action looks very real.

I was very confused at the start of the movie because it does not give you a lot of information and I was not sure where the movie was going. I think that they did not have any idea how to start the movie so they chose to do it as if it was a documentary. It has that feel to it. However, it got less confusing as it developed and the actors and all the action scenes are fun and exciting. The ending is the best part because it leaves you hopeful and, now I want to see Tomorrowland 2.

Definitely get the DVD because there are a lot of fun extra scenes they had to cut out of the movie. I wish they had left these scenes in the movie because it would been less confusing. But, thankfully, most of it is saved and is now part of the extras. Also, the extras show how the movie was made. It looks like it was difficult for the actors and took a lot of takes. Brad Bird (Director) exercised his wild imagination and excelled in making things look realistic. I understand that he was an animator before he was a Director and had specific ideas about how he wanted everything to look. Well, he succeeded as everything looks beautiful and interesting.

I recommend this movie for ages 6 to 18 up because it shows some violence. I rate this 4.5 out of 5 stars. I hope you enjoy the movie! 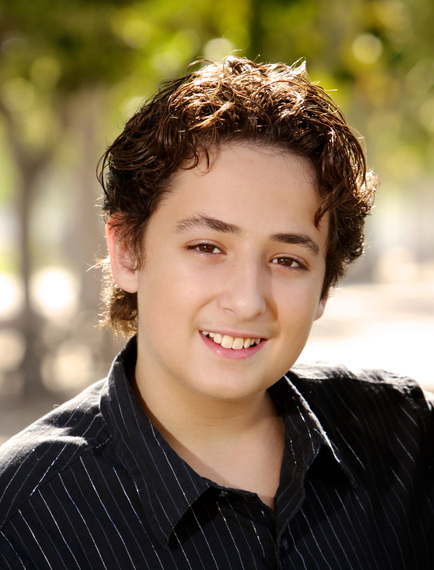 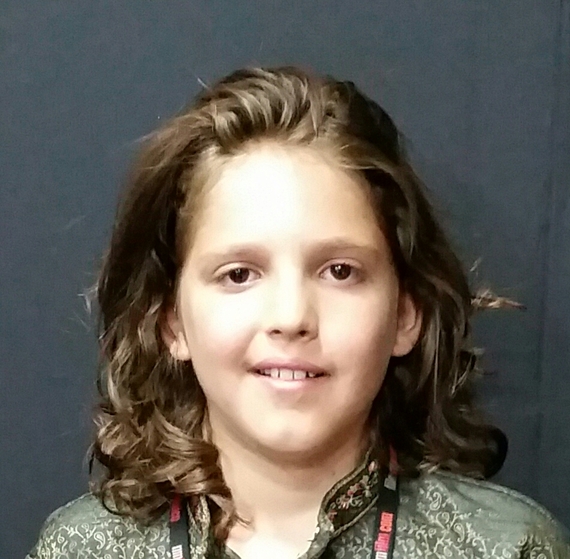