It was like a scene out of the "Italian Job" -- well, without the guns, high-speed car chase and Charlize Theron.

On Sunday, Italian border patrol police uncovered 12 bricks of gold hidden in a car attempting to cross the border from Switzerland at Ponte Chiasso, according to video reports. The gold bullion, which was concealed in floor compartments, is estimated to be worth 4.5 million euros (nearly $6 million).

Police said the unidentified 53-year-old driver, who works as a legal representative for a Swiss company, could not explain what the gold was doing in his vehicle. At the time, the man was reportedly traveling from Switzerland to Italy with his wife and three young children.

"It looked like an ordinary Easter day out with the family," police said in a statement, according to the Agence France-Presse. That is, until the two secret compartments were revealed.

Since the bricks do not bear any engraving, authorities have not been able to determine the gold's origin. Though an investigation is ongoing, Italian police seized the gold and reported the driver to a local prosecution office. If prosecuted, the Italian man, who was living in Switzerland, faces charges for money laundering.

In November, Italian authorities busted a ring of suspected gold smugglers, who were believed to be buying gold bricks in Italy before running them across the border in Switzerland. According to the BBC, at least $200 million of the network's assest were seized.

CORRECTION: An earlier version of this article stated that a ton of gold was found. The weight of the 12 gold bricks recovered is actually much less than one ton.

PHOTO GALLERY
City Of Gold?
Voting Made Easy
Register to vote and apply for an absentee ballot today
Register now

12 Bricks Of Gold Hidden In Car Seized At Swiss Border Estimated To Be Worth Nearly $6 Million (VIDEO)
City Of Gold? 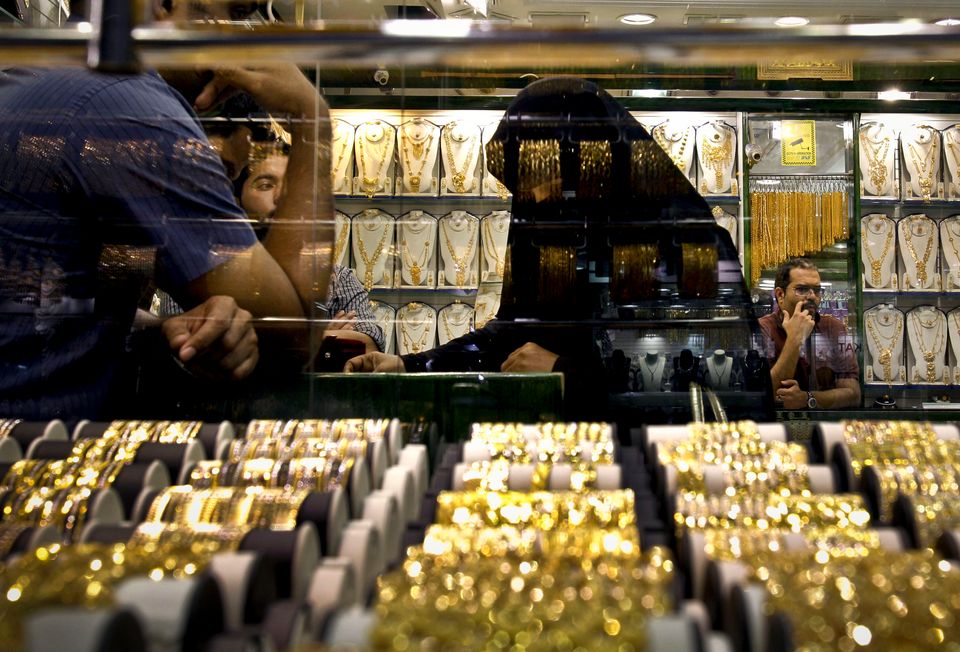 1 / 10
In this Thursday Oct. 11, 2012 photo, an Emirati woman discusses her purchases with a salesman at a jewelry shop in gold suq in Dubai, United Arab Emirates. With low customs on gold imports, low labor charges, cheap prices and high quality, Dubai has become one of the world's best retail gold jewelry markets. (AP Photo/Kamran Jebreili)
AP