Toni Morrison has a way with words, on and off the page.

The Nobel Prize winning author joined Stephen Colbert for an interview Wednesday night to discuss her legendary body of work and the reality of race in American society.

With the ease and grace of a seasoned comedian, Morrison hit Colbert with a series of jokes in his own studio. She commandeered Colbert's questions, commended her own literary achievements and took full responsibility for Obamacare, or as she calls it, "Tonicare."

On the topic of race, Colbert coyly asked, "You have said you don't necessarily like to be pigeonholed as an African American writer. What would you like me to pigeonhole you as?"

Morrison decidedly passed on the offer of the category of "Korean pop star" for simply "an American writer," an identification she had no difficult explaining.

"There is no such thing as race. None. There is just a human race -- scientifically, anthropologically. Racism is a construct, a social construct... it has a social function, racism."

But of course, this Presidential Medal of Freedom recipient knows a thing or two about schooling someone on race. 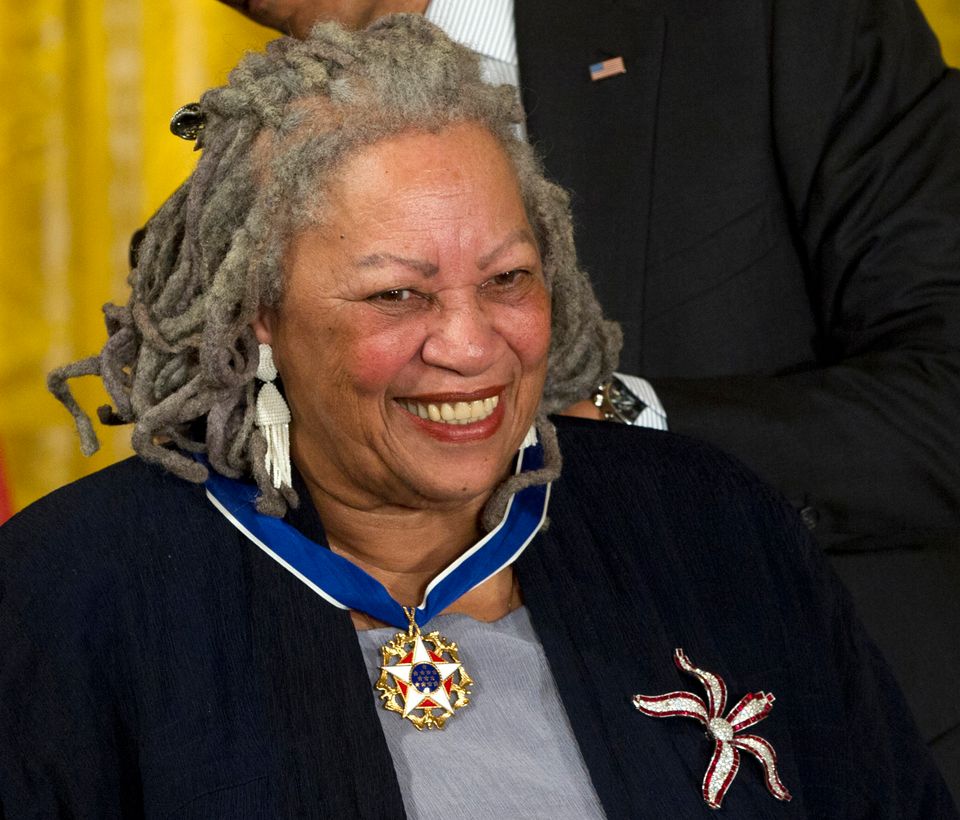 1 / 8
Toni Morrison
"I really think the range of emotions and perceptions I have had access to as a black person and as a female person are greater than those of people who are neither.... So it seems to me that my world did not shrink because I was a black female writer. It just got bigger."
AP