"Don Jon," Joseph Gordon-Levitt's debut as a writer and director, includes many shocking moments, but perhaps none more than the reemergence of Tony Danza. In a story about the way men and women objectify each other through the cultural lens of pornography and romantic comedies, it's the 62-year-old Brooklyn native -- playing Gordon-Levitt's brusque, onscreen father -- who steals his scenes with the fervor of a New Jersey dad devouring a plate of ziti and gravy.

"He said he wrote it with me in mind. That's not bad. That's pretty good," Danza, who hasn't appeared in a film since 2004's "Crash," told HuffPost Entertainment at the South By Southwest Film Festival this week. Ahead, Danza recalls why he thought Gordon-Levitt would make a good director, how being a prominent Italian shapes his career choices and why he thinks "Crash" won Best Picture.

You and Joseph worked together on "Angels in the Outfield"; had you stayed in touch over the last 19 years? Intermittently. I've always had sort of a paternal thing for him. It's kind of a cool symmetry, actually. Here's a little anecdote: I really had a paternal thing for him. I can't help myself; I do that with kids. He was so terrific in the movie; such a good kid. I'm an inline skater, he's an inline skater. So we would skate together around Oakland-Alameda County Coliseum. The smooth concrete there; it's fabulous. Every once in a while, I'd say, "Come on, Joe. Get your skates, we'll go skating." He'd say, "No, I'm following the director today. I want to see what he does." So he's always had this in the back of his mind. At 12! I was mad! I was like, "I'm going to be a jerk and you're going to be a director."

Well, it worked out in the end. I'm the jerk, and he's the director! [Laughs]

What kind of director was he? First of all, I haven't been on a set in a while, so it was a little bit scary. That was an obstacle he had to deal with. But the script he wrote was good. It was there. It was on the page. You knew what you were going to do; you knew what you had to do. He knew this material inside and out. It's not like he's going to call the cinematographer over to see what angle he should use. He really knows what he wants. He knows what he wants in the performance. He said to me early on, "Tony, I want these scenes to crack. I want them to crack." I get that. Then he kept telling me, "I like you too much. You've got to do more. I still like you. I still like you."

I did this stupid thing -- this is the kind of thing he had to guard against. It's easy for somebody who has been doing something a certain way a long time to fall back into that without even realizing. So, when I met Scarlett's character for the first time in the film, she comes to the house and I jump up and go, "Man-o-Manischewitz, what a wine!" [Laughs] He went, "No! Funny! But we ain't using that."

You called being on a set a little bit scary. Did you give thought to passing on the role? I had no thoughts about not taking the role. What I did have thoughts about -- really concerns -- was that here I am going into a production with people like Joseph, who just worked with Steven Spielberg and Christopher Nolan, Julianne Moore, Scarlett Johansson and Glenne Headly. To be perfectly candid, I was afraid of looking like a minor leaguer. Like they brought me up to the big show and I looked like it. I didn't want to look like a AAA player or AA player in that situation. I didn't really have legitimate concerns, though; there's a certain truism that when you play with a better tennis player, you play a little bit better. Well, when you act with those kind of people who make it so real, it makes it that much easier.

How much preparation time did you have for this? We did have a rehearsal. Joseph believes in that. I'll be honest with you: I worked really hard on the prep. I worked on my own. I was determined that if I was going to get this chance, I was going to be the best I could be. Just serendipitously, right when this movie came, I had decided to take a 10-week beginners Meisner acting class in New York. I just wanted to go sit in a classroom. I went to 54th street, to the acting studio, and I took a 10-week course: twice a week, almost four hours per night. It was me and a bunch of 25 year olds, and it was fabulous. Then, when I got the movie, I mentioned it to the teacher and he said, "Well, let's work it." I got together with this troupe of actors and we made dinner and had dinner scenes. I got to do it and do it and do it. I'm a big believer that if you can act then you should just learn the damn thing. Learn it so it's in your bones. Like a dance number. You wouldn't go out and perform a dance number until it's in your bones; it's the same kind of thing with acting.

Your character is tricky, because pushed too hard in the wrong direction and he's sort of monstrous. That's the hard thing. The hard thing is to be not nice -- to be a slimy sort of character -- and then, every once in a while, there's something where you can laugh. The thing that's funny about this movie, which I think is interesting, is that you laugh at things where you go, "Oh, why am I laughing?" It is a balancing act that you've got to find. You can't be too broad, but there's got to be something there too.

Especially since sometimes an Italian dad can be a caricature. You've got to be real. There's also another thing. I don't think Joseph was worried about this, but I had this worry: I've been very lucky in my career that I haven't had to denigrate Italians in my work. I've sort of been the Italian they're proud of. I've only played one gangster. I didn't do a lot of that. So, I didn't want to make fun of myself or my people, so to speak. Just to make sure, I had a bunch of "vowels" go in the other day. Guys whose names end with vowels. They go in and see the movie the other day.

Did they approve? Not only did they give me the stamp, they gave him the stamp. Joseph did some job. He said, "You think I can play Italian?" I said, "That's what's wrong with you, Joe: you can play anything, you pain in the ass." [Laughs] These are guys who are in the business -- actors, producers; very sensitive to anti-Italian things -- they fell in love.

Is the portrayal of Italians something you really consider when deciding on a part? I just don't think that we're all murderers, mobsters and killers. Look, that's a luxury I've had. I had this conversation once with Vinny Pastore -- Big Pussy from "The Sopranos" -- he said, "You're lucky, Tony. Some of us don't get that opportunity to play something else." That's sometimes the job you get, and you have do what you have do. But I've been fortunate in that way. So, yeah, because I'm in a position to pick and choose a little, I don't want to do that.

You've worked pretty steadily in the last 10 years, on TV and on stage, but this is your first onscreen role since 2004. Is it weird to have people talk about this being your comeback? Well, look: How many times can you hear: "I used to watch you when I was growing up. You were great"? But consider the alternative: You didn't have it. I'm really excited about it. The last movie I was in was Best Picture of the year. So, now, if I'm in another good picture like that, I think that's all right. It may take a while, but I hope it doesn't take quite so long!

That was "Crash" in 2004. What do you remember about that experience? I remember that I wanted Matt Dillon's part more than anything in the world, and I would have killed that part. But it's all financing. I love ["Crash" writer and director] Paul Haggis. He's one of my heroes. I did the TV show "Family Law" with him. He would do four episodes a year, where he would direct and write the episodes, and those were invariably the best episodes. I love that script for "Crash"; I thought it was fabulous. But, like I said, I wanted the Matt Dillon part.

It's still a movie that comes up a lot as one of the biggest Oscar upsets ever. I don't remember the movie it upset, though.

Are you surprised people still talk about it? I just think sometimes -- and this is interesting, because "Crash" fits the same sort of paradigm -- you get a movie that captures a moment of our culture very clearly. I think "Crash" did that in L.A., for sure, and I think "Don Jon" does that too. This is one of those movies that makes you go, "Hmmm." Like the song said.

I sent a friend of mine, another vowel, Peter Cincotti, the piano player, to see "Don Jon." I said, "Peter, I got you two tickets on Wednesday night." He said, "Great, I'm going to take my mother." I said, "Pete, this movie ..." OK, he takes his mother. He calls me back. "I love the movie, but sitting next to my mother for the first 10 minutes was really rough!" Because for the first few minutes you're thinking, "Wait a minute. Where is this going? What are we watching here?"

You've had this long and varied career, but are there any roles you passed on that you regret now? Oh yeah, I've got a lot of regrets. You know what Arthur Miller said? Arthur Miller said, "The best thing we can hope for is that we end up with the right regrets." That's a good one. I have some regrets of shows and parts that I should have taken; parts that I was really close on and just didn't get. I have plenty of that. But, listen, I have been one of the most fortunate guys ever. This kind of thing happening to Joseph, and this movie, just goes to prove it. 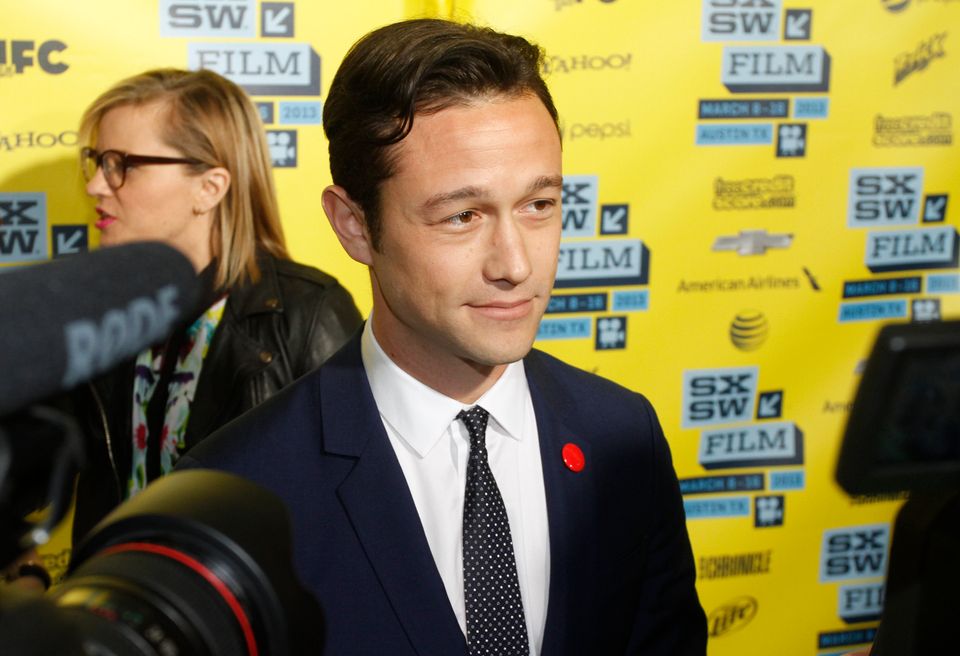