On February 4, 2007, long-time NFL head coach (and current NBC Sunday Night Football analyst) Tony Dungy etched his name into the history books by becoming the first African American head coach to win a Super Bowl; his Indianapolis Colts overcoming the Chicago Bears 29-17. It was a triumph that was revered -- and will continue to be revered -- by many. 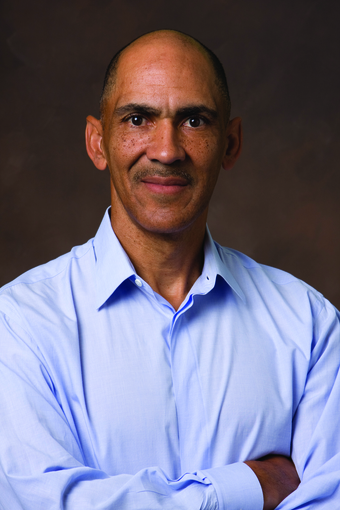 As Dungy clutched the championship trophy in the post-game celebration and highlighted his faith in a humble interview with legendary broadcaster Jim Nantz, the world watched as a man realized a dream that so few will ever be able to accomplish.

But there's much more to the narrative on Tony Dungy than that Super Bowl victory. For one layer, I would like to take you back to June 19, 1982.

This was the day that Tony married his wife, Lauren. It was the beginning of a union that would stand the test of time. If you look back at the video of Tony's Super Bowl speech, you'll see that Lauren was standing right there, right by his side. That visual representation was a reminder that, even as we marvel at the prowess of today's athletes and laud the intellect of championship coaches -- family comes first.

Indeed there is a story here, a marvelous one that continues to this day, as Tony and Lauren prepare to celebrate their 32nd anniversary. It is a story that they have encapsulated in their recently released book, Uncommon Marriage: Learning about Lasting Love and Overcoming Life's Obstacles Together. 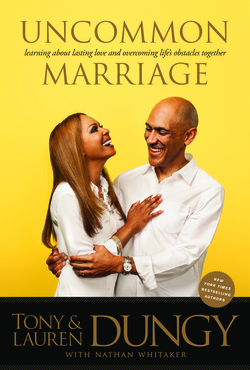 Chronicling Tony and Lauren's journey from courtship to present day, Uncommon Marriage is a book that anyone who is even considering marriage would appreciate. The Dungy's share their experience -- the thrills of life, and the disappointments as well -- in a heart-felt (and sometimes playful) "he-said/she-said" pattern that is as relatable as it is inspirational.

I had a chance to catch up with Tony Dungy to get some insight on the motivation behind Uncommon Marriage, the keys to the endurance of his own marriage, and how life has been after coaching in the NFL.

Marcus: What inspired you and your wife Lauren to write Uncommon Marriage?
Dungy: Lauren and I had done several children's books together. Tyndale Publishers approached us about doing a marriage book. At first, we were very hesitant, not thinking we would have much to share. But we were involved in a couple's Bible study and we had a lot of conversation about marriage in that study. In the past, it always seemed we were one of the younger couples, asking for advice in our Bible studies. But suddenly, we looked around and we were one of the older couples. So we felt we might have some things to share from our experiences, from lessons we'd learned from other couples, and especially from what we had read in the Bible. We also felt that society was not holding marriage in the high esteem that it needed to be held, so we wanted to address that as well.

Marcus: What message do you hope readers -- newlyweds, long-timers, even singles -- get from Uncommon Marriage?
Dungy: We hope there is something in it for everyone, even singles looking to get married. The basic message that we talk about is focusing on the three C's -- Christ, commitment, and communication. We believe that to enjoy a rich and satisfying marriage you really need Christ in the center of your marriage. That way, when you find yourself taking divergent paths, you can always look to Christ and let Him bring things back into focus. We also want couples to see that God's design for marriage is permanent. Couples must have a commitment to stay together no matter what. And the third major point is one of communication. Talking, listening, and understanding each other is crucial for a marriage.

Marcus: You have been together with your wife for more than three decades. What are some of the keys to the endurance of your marriage? 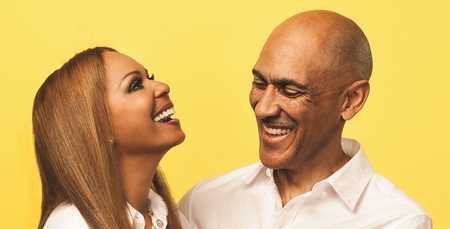 Dungy: Marriage is like a football game. There is a huge adrenaline rush at the opening kickoff, but that rush eventually wears off and you have to settle in to play the full four quarters. You are going to have to stick to your game plan, rely on your fundamentals, and be ready for some ups and downs to succeed over the long haul. In marriage, that means continuing to look out for the best interests of the other person, keeping the lines of communication open and not letting external elements and pressures distract you from your commitment to each other. And those external elements don't have to be bad things. They can be positive things like children, or job promotions. We just have to be careful that nothing comes between our relationship with our spouse because that is the most important personal relationship that God has ordained. And when circumstances arise that put pressure on the marriage relationship, we have to remember to turn to God in those times and not run away from Him. Probably the best advice we could give, though, is to remember that your relationship can't be based on your feelings. Love is not a feeling, it's a commitment to the other person. There will be times you don't feel like loving your spouse, but those are the times you have to let Christ help you honor that commitment.

Marcus: Were there things you learned from marriage that influenced your coaching on the football field, and vice versa?
Dungy: The job of a coaching staff is to help your team play its best. You have to put aside your individual goals and objectives to make that happen. In a marriage, both individuals have to do the same thing -- put aside their individual desires and concentrate on making the marriage and the family the best they can be. Goal setting, teamwork, and sacrifice become the major themes, so in many ways I did take things from my coaching to our marriage. The one thing I knew as a head coach was that I couldn't do it all myself. My assistant coaches had so much to offer and I had to empower them to utilize their talents. Married couples need to do the same thing and utilize the strengths of each spouse.

From my family, I learned that each child was a little different in their emotional makeup. I couldn't treat them exactly the same, and that helped me as a coach. Realizing that people all respond differently to instruction, correction, encouragement and criticism was so helpful to me. As a coach, I never subscribed to the "my way or the highway" thinking. Because of my experiences with our children, I tried to find different ways to communicate with, and get the most out of, my players.

Marcus: You have made a tremendous transition from coaching. What do you feel has been your greatest accomplishment (or accomplishments) since retiring from the field?
Dungy: Since retiring from coaching I've had time to do many of the things I've always wanted to do. I've gotten to spend a lot more time with my wife and my family. Helping Lauren more in raising the younger children has probably been the most meaningful thing I've been able to do. I've also been able to get more involved in church and take a bigger role there. I love my job with NBC Sunday Night Football, and being a part of the number 1 rated show on prime-time TV has been a thrill. It has also allowed me to highlight some of the great off-the-field projects of our NFL players. As part of our Dungy Family Foundation, Lauren and I, along with our relatives, have been able to support some very worthwhile causes. We've been able to help out with some children's programs, women's shelters and academic support for students. Lauren and I read and promote literacy during the school year in Tampa elementary schools, and that has been rewarding and fun.

Marcus: What advice would you give to someone that wants to have the type of positive influence you have been able to have?
Dungy: The best work-related advice I ever received was from Chuck Noll, my first boss with the Pittsburgh Steelers. He told me to never make a career decision based on salary or job title. Instead, look at who you're going to work for and work with, what you can learn from them, and how you can grow in the job. That advice served me well over the years and I would add one thing to that. I always tell people to look for significance over success. There are many things in life you can do to make money, and earning a living is important. But I would recommend looking at how you can help people as well as make money. You will definitely feel more energized and more fulfilled doing something you feel is benefiting others.

Marcus: What's next for you?
Dungy: I don't have anything concrete planned for the future. Lauren and I have been asked about doing another book but we don't have one in the works yet. I'm leading a couple of Bible studies during the week and I'd like to get more involved with discipling young men, especially. However, I don't see a return to full time coaching on the horizon. We still have six children at home so we have more than enough to keep us busy.