"In the world of Latin dance competitions, Miami has seen it all. But it's never seen this much fat," begins the preview for one very wacky film called "Tony Tango."

Think of "Tony Tango" as a much more light-hearted "Bernie," in which Jack Black played a chubby undertaker. Like Bernie, Tony is affable, rotund, and a hit with the over-50 ladies.

Tony and his dance partner must train to win a Latin dance competition and use the winnings to save a family business.

The "Nacho Libre"-esque Tony is played by Maxx Mauilion, a comedian from Fort Lauderdale who wrote the film with Coral Springs native Andres De Oliveira, who also acts in the film as Tony's sidekick.

The film was shot in Miami, Hollywood, and Fort Lauderdale and features plenty of recognizable South Florida locales.

It was produced by one of the Borscht Film Festival crew, Jonthan David Kane, and the director is Manolo Celi, a one-time Miami resident who won local short film competitions back in the aughts. 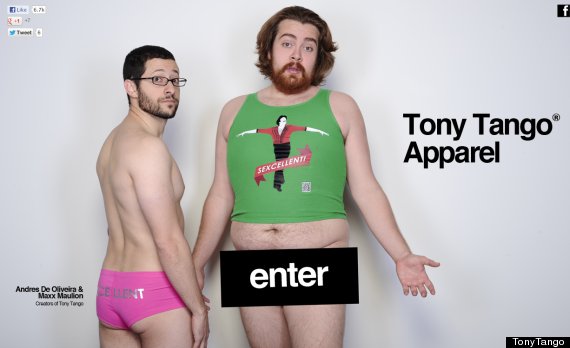