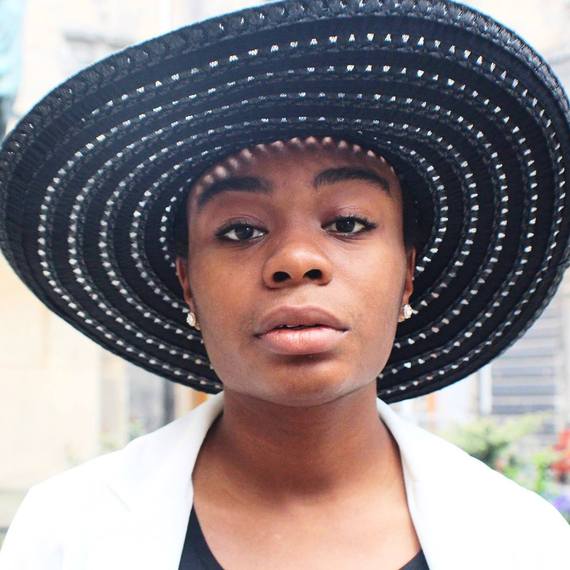 I can remember the first time I had a 'race crisis.'

I was probably twelve or thirteen and I had just moved to the quiet state of North Carolina from my home state and city of New York. North Carolina was a lot different than New York. For one, there wasn't an enormous variety of culture and people. I didn't have class with any Russians. My professors weren't Puerto Rican and there wasn't a whole lot of mixing between kids of one race with kids of another. In fact, at my middle school you had three groups you could classify as; black, "Mexican", or white.

Unaware of this fact I walked into my second class on my first day of school and decided to sit next to a group of friendly looking Hispanic girls. As soon as I sat down the table was quiet. Then one girl snickered to another in Spanish "Why is she sitting here? I don't want her to sit here." Her friend, who had been in my previous class and had heard my class introduction, blushed and replied to her friend in English "She speaks Spanish."

That was the first time I could remember being aware of my skin color and the overwhelming implications it held. This was also my first 'race crisis'.

Now, I know what you're thinking. How could you grow up unaware that you were black? This isn't hard to answer. Growing up in an environment where it was normal to be colored and walk into a store and be spoken to in Spanish did not prepare me for how people in other places perceived my skin. My mom spoke Spanish. My grandmother spoke Spanish. Our family friends spoke Spanish. From the music we listened to, to the church we went to, to the the food we ate, everything about me surrounded a Latin-american culture. This was a culture that I knew and belonged to but was excluded from it entirely when I left the melting pot that is New York City.

My crisis continued for years. When the violence broke out in middle school between the African-american gangs and the Hispanic gangs and the students spoke among themselves on who was best I could remember screaming "I don't know who to side with!" When I got into high school and a class mate told me "You're the most Mexican black girl I've ever met!" I could remember thinking 'Is that a compliment because my family is from Honduras?'

Even now as an adult I find people are constantly trying to restrict me into a specific mold and identity. My home language is Spanish so this must mean I eat tacos. I have kinky hair so this must mean I bang to Meek Mill. For many, I am too black to be Latin and too Latin to be black.

However, that's not how I see things. I currently live in Texas and my identity is unique because you don't have many dark skinned girls singing along to bachata around here. I've learned though, that just because I don't fit into one specific mold or the other doesn't mean I'm any less of who I am.

I'm learning to embrace every aspect of my identity and not let small minds put me in a box that just doesn't fit. I'm Latina. I'm black. Also, I'm human. No one can take that from me.