With more than 30 percent of the U.S. adult population categorized as obese, airlines have had to find ways to accommodate heavier passengers. However, many passengers characterize recent efforts as embarrassing and discriminatory. Flyers have accepted extra charges for what were once standard amenities, including meals, checked baggage, and additional leg room. But should they be forced to spend more if they can't wiggle into a standard-size coach seat? 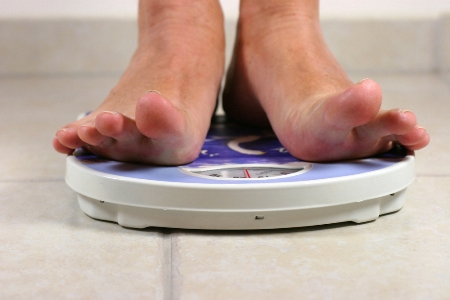 With industry-wide pressure to sell seats while maintaining customer safety and comfort, airlines have started enforcing new rules for passengers who can't squeeze into the 17-inch-wide economy seat. A newly released Airfarewatchdog.com policy chart reveals that numerous airlines now adhere to "passenger of size" regulations that mandate overweight passengers buy a second seat--in some cases, passengers are restricted from boarding at the gate.

The travel community is torn on the issue, with passengers adamantly arguing both sides of the debate. Those directly affected by the policies feel the extra charges are unfair, while others point to the comfort and safety of fellow travelers. Meanwhile, George Hobica, founder of Airfarewatchdog.com, believes the responsibility lies not with the passengers, but rather with the airlines. "The people who crave more space are craving it because they need it. Unfortunately, the airlines have not stepped to the plate," he says.

While handling the risk of a larger passenger causing another flyer discomfort by invading the neighboring seat, airlines must also adhere to safety regulations. The U.S. Federal Aviation Administration (FAA) requires that passengers are able to lower their armrests and sufficiently buckle and fasten their seatbelts. Some airlines provide passengers with belt extenders to elongate them, but not all carriers are this accommodating. And this past August, the FAA banned the use of personal extenders, fueling the fire of the ongoing debate over the rights of larger passengers. "Obesity is a growing problem and the seats seem to be getting no bigger," says Hobica. 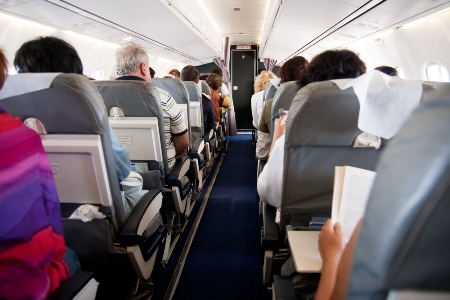 International airlines such as Air Canada address this issue more amicably: Because the airline considers obesity a medical condition, it provides overweight passengers with a free extra seat as long as they present a doctor's note. U.S.-based carriers are not always as accommodating. While some major airlines, like American Airlines, insist that passengers purchase an extra seat if they cannot fit comfortably in a single seat, other airlines (like Delta Airlines) reserve the right to ask passengers to board the next available flight if more space is necessary. Southwest Airlines' Customer of Size policy mandates that passengers who "encroach upon any part of the neighboring seat(s)" pay for an additional ticket. If the flight is not overbooked, Southwest will reimburse the passenger for the extra cost.

Similar to American Airlines, AirTran requires passengers to pay for a second seat if they are unable to lower their armrests, but the airline ensures the extra seat will be offered at the lowest rate possible. U.S. Airways, on the other hand, assesses each situation separately and, if applicable, may ask a flyer to wait for the next flight. Should a passenger refuse to switch his or her flight, U.S. Airways insists that he or she buy a second seat at the gate.

Separating itself from the pack, JetBlue does not ask heavier passengers to purchase an extra ticket because the airline's seat size offers nearly an extra inch in width. Meanwhile, United Airlines requires that passengers be able to lower their armrests; otherwise, passengers risk a boarding denial. An additional seat can be purchased for the same rate, but price spikes can occur if a traveler purchases a last-minute walk-up fare.

"What the airlines are finally doing is they are establishing policies to deal with this situation. They leave it to their ground staff and their flight attendants and gate agents," says Hobica. Unfortunately for larger passengers, there are few options that don't involve steep fees or requesting a free upgrade to first or business class, which may require extra waiting time. But the problem doesn't only lie with obese passengers--the well-being of neighboring flyers also comes into play. Airlines cannot prioritize some customers over others; as Hobica puts it, "If you pay for the seat, you should get the entire seat."

Hobica does offer one hypothetical solution: Providing travelers with the option of purchasing wider seats in the economy class, rather than offering seats with increased legroom."What people need is wider width," he says.

More:
too fat to flyAmerican AirlinesjetblueGeorge HobicaUS Airways
Newsletter Sign Up
An essential daily guide to achieving the good life
Subscribe to our lifestyle email.
Successfully Subscribed!
Realness delivered to your inbox