When I tell people I'm going to be a nun, they are shocked. Their eyebrows shoot up, their jaws drop, their beers spill onto the bar.

This last one took me by the greatest surprise -- as if acne or a big nose is a prerequisite to being a nun.

My looks have even been addressed by the religious communities I've visited as I seek my spiritual home. Three different orders seized on my name, Angela, and took to calling me Angelina Jolie!

People are baffled that my exterior -- a 27-year-old who used to work at Clinique and peruses Pinterest for fashion inspiration -- could reflect an interior longing for consecrated life and its seemingly antiquated vows of celibacy, poverty and obedience.

Their questions have forced me to confront my self-image. Who do I see in the mirror? How do I appear in God's eyes? How does one affect the other?

When I lived with the Poor Clare nuns in Belleville, Ill., I discovered that their monastery has no mirrors. At first, it was a shock for this cosmetics junkie, but it became incredibly liberating. I felt free to be who God designed me to be and more fully attuned to the people around me. I could pour the energy I used to invest in my appearance -- fretting over the reflection in the mirror, trying to alter it -- into my spiritual life.

Now I am better prepared to respond when, invariably, someone quips that I'm too pretty for the convent. "Thank you!" I say. "But there is no mold. God calls everybody! It doesn't matter what you look like, where you're from or who you know."

I try to be gracious. I take such comments with a grain of salt, knowing it's more about them than me. And over time, I've come to appreciate the conversation starter, a chance to dispel stereotypes about nuns. That's why I'm grateful for the creation of National Catholic Sisters Week (March 8-14), an official addition to National Women's History Month. It serves a much-needed purpose, raising awareness and understanding of Catholic sisters.

Last March was the inaugural celebration of NCSW, and I joined a host of Catholic sisters and college women at St. Catherine University in St. Paul, Minn., for a special kick-off weekend. It was so encouraging to meet other young women who are discerning religious life -- 20-somethings who wear nose rings and Mary medals, who are bent on social justice and reality TV, who have crushes on Ryan Gosling and Pope Francis but ultimately hope to be the bride of Christ, offering all our 21st-century hang-ups and hopes at the altar.

There are 1,000 U.S. women in some stage of formation to become Catholic sisters. It's time to tell our stories!

I'll start. I was raised Catholic in a loving home in Belleville, Ill. I envisioned a white-picket-fence future of marriage and motherhood and even got engaged at one point. But I was always seeking something more. In many ways, my attraction to consecrated life is a reaction against the trappings of modern, secular life. I yearn for service and simple living. I crave a sisterhood centered on my deepest values, not a sorority based on boys and booze. I've had the privilege of visiting convents across the country looking for the right fit, and I meet with a spiritual director regularly to guide me as I determine my next step.

I may not look like a nun, but my heart is shaped for this vocation. I see religious life as an adventure that will exceed my wildest dreams. 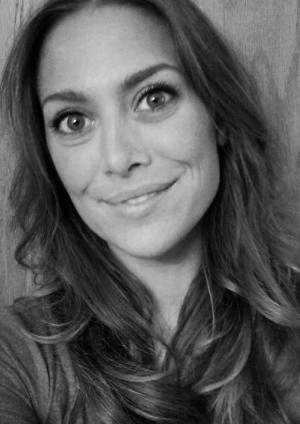